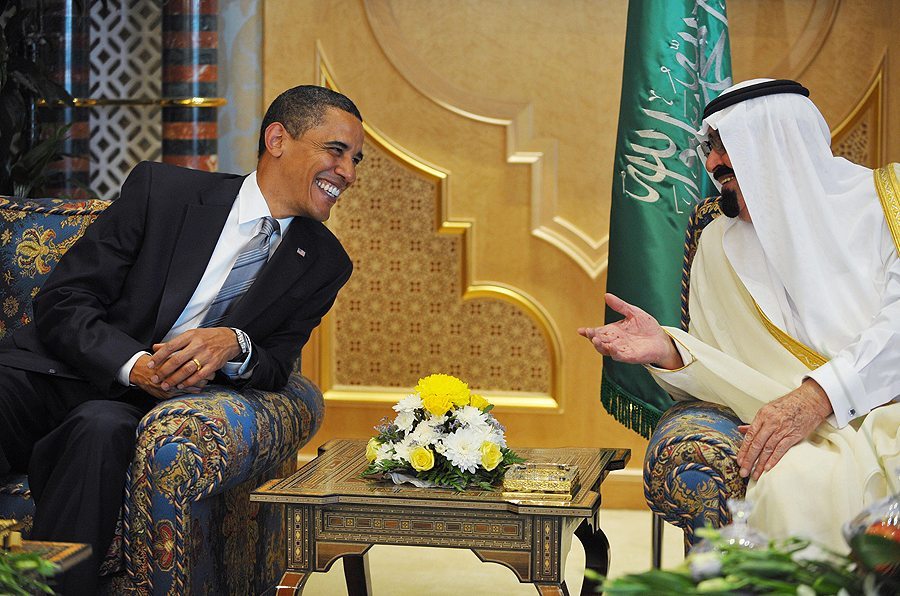 In case you missed it, the United States of America is hungry for war … again.

After expending roughly $4-6 trillion (and thousands of American lives) on a so-called “War on Terror,” the angry drums of the U.S. military industrial complex are once again pounding for intervention – in Europe and the Middle East.

What is surprising?  That the federal government would bury clear and compelling evidence implicating a Middle Eastern nation (a Muslim nation) in the September 11, 2001 terrorist attacks.

But that’s apparently what happened … err, is happening .

In the aftermath of 9/11, the federal government produced an 800-page report for Congress which probed foreign support for the the nineteen hijackers – fifteen of whom were Saudi nationals.

The only problem with this report?  The administration of former president George W. Bush classified twenty-eight pages of the document.

Last December two lawmakers – U.S. Reps. Walter Jones (R-NC) and Stephen Lynch (D-Massachusetts) – read those twenty-eight classified pages.  And while they’re not allowed to reveal what was contained therein, they professed to have been “absolutely shocked” by what they read.  Both also proposed legislation aimed at declassifying the entire 2002 report – officially labeled the “Joint Inquiry Into Intelligence Community Activities Before and After the Terrorist Attacks of September 11, 2001.”

“I had to stop every couple of pages and just sort of try to absorb and try to rearrange my understanding of history,” Massie said. “It challenges you to re-think everything.”

Massie joined Jones and Lynch in urging the immediate declassification of the full report. He also challenged all 435 members of the U.S. House of Representatives to read the classified pages “for their constituents.”

In late 2013, Paul Sperry published a story for The New York Post  detailing Saudi Arabian involvement in the 9/11 attacks.

After meticulously documenting the assistance the hijackers received – including cash routed from Saudi ambassadors – Sperry expresses incredulity at the fact that “few lawmakers … have bothered to read the classified section of arguably the most important investigation in US history.”

He concludes his report with this chilling line …

Members of Congress reluctant to read the full report ought to remember that the 9/11 assault missed its fourth target: them.

So why would America – a country with an insatiable military industrial complex, a country which conjures up the most dubious of “evidence” to justify armed intervention across the globe – why would a country like that actively suppress actionable intelligence involving the government of Saudi Arabia?

Is the answer really as simple as oil?  Possibly …

The American-Saudi relationship – forged at the outset of the Cold War – has always been about oil.

“The equation was simple: America would provide security, the Saudis oil,” a recent article in The Economist noted.

And while a recent ramp-up in domestic production has lessened American reliance on Saudi oil, the desert kingdom still provides America with 13 percent of its oil imports.

“Saudi Arabia’s 260 billion barrels of oil, by far the planet’s largest single-country reserve, will be a bulwark of the global economy for decades to come,” a recent Foreign Policy  report concluded.

Former U.S. Rep. Ron Paul recently opined that the Obama administration should use the latest Middle Eastern flare-ups as a chance to put some distance between Washington, D.C. and Riyadh.  Especially seeing as Saudi Arabia is subsidizing some of the same militant groups America claims to oppose.

“If Saudi Arabia wants to pull back from its deep and unhealthy relationship with the United States we should welcome such a move,” he wrote. “Then we might return to peace and commerce rather than sink under entangling alliances.”

Whatever the path forward with Saudi Arabia is going to be, it cannot proceed without a clear understanding of what transpired in the past between the United States and its “ally.”  Because right now, it looks like two U.S. administrations have suppressed “incontrovertible evidence” that Saudi Arabia was much more closely linked to the 9/11 attacks than anyone previously suspected.

Every U.S. lawmaker should demand nothing less than a complete release of this report …