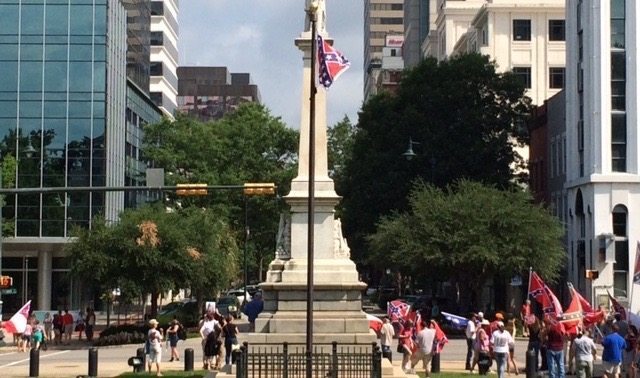 || By FITSNEWS || We don’t pay much attention to Fox News … but there’s an important column from Howard Kurtz this week addressing how millions of Americans feel “marginalized by the media” in the wake of the latest Confederate flag flap and the recent U.S. Supreme Court decision on gay marriage.

“If you are an American who is opposed to gay marriage or respects the Confederate flag, you barely see yourself reflected in the coverage,” Kurtz wrote.  “The message is that you are clueless, out of touch, a lost cause. And in some quarters it’s worse: that you are a bigot, a homophobe and a racist.”

This is true … and something we believe needs to be addressed.

This website has consistently advanced the belief that marriage is none of the government’s business.  And recently, we amended our status on state government’s prominent display of the Confederate flag from “indifferent” to “oppose.”

But Kurtz is correct in arguing that the press has been one-sided and borderline judgmental in its treatment of these issues.  And he’s right.  Our excuse?  We’re an opinion site with the slogan “Unfair, Imbalanced” emblazoned on every post.

We’re not trying to be objective …

“In the future, when same-sex marriage is widely accepted and the Confederate flag fades as an issue, most people may look back and wonder what the fuss was about,” Kurtz wrote. “But for now, the media ought to practice something they have long preached, and that is tolerance.”

Many are … but many aren’t.

Many are tolerant people who simply disagree on these issues for reasons that have nothing to do with bigotry or intolerance.

Also – as we noted in this post referencing a planned Ku Klux Klan rally – freedom of expression dictates that we tolerate (note: we didn’t say “endorse”) even racist and homophobic views as part of the marketplace of ideas.

All of us live – together – in a country where government is materially inhibiting our liberty and prosperity. Given how much harder this is making our lives, many of us are looking for someone to blame.

And these convenient “enemies” are being served up by a mainstream media that’s loyal to the status quo … eager to sow division among the “unwashed masses” instead of unity.  Because let’s face it the more blacks and whites, gays and straights, etc. etc. argue along racial lines … over symbols that ultimately do not materially impact either their liberty or prosperity … the less likely they are to unite against the politicians and special interests screwing them over in Washington, D.C.

In fact this tweet from @SCPolitico sums it up perfectly ….

One of our favorite Rage Against the Machine songs is “Know Your Enemy.”

Well there’s never been a more important time to “Know Your Enemy.” And know that defeating that enemy … and restoring liberty and prosperity to all Americans is an effort that’s going to require unity among all Americans.

The Government Wants Your Comments