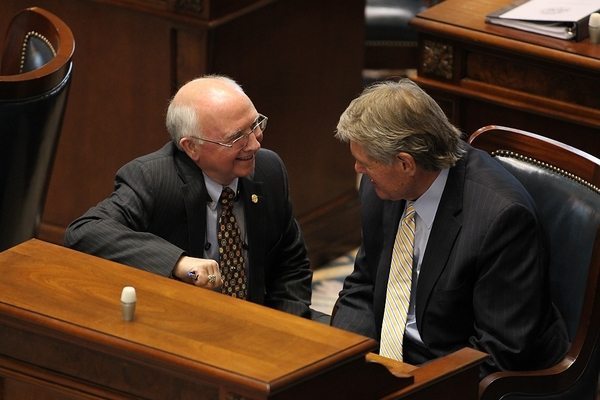 || By FITSNEWS || South Carolina lawmakers voted overwhelmingly this week to take up the Confederate flag issue during their extended summer session.

The S.C. House voted 103-10 to add the flag to the legislature’s agenda, while the State Senate followed suit with a voice vote.

Senators voting against the amendment were Lee Bright, Tom Corbin and Danny Verdin.

Bear in mind the vote doesn’t bring the flag down – it simply amends an adjournment resolution to allow lawmakers to take up the issue.

Specifically, the legislation stated that “in addition to the matters which may be considered by the General Assembly after June 18, 2015 … legislation concerning the South Carolina Infantry Battle Flag of the Confederate States of America and surrounding arrangement located at the Confederate Soldier Monument on the grounds of the State Capitol Complex also may be introduced, received, and considered by each body of the General Assembly.”

Had lawmakers not approved such language, legislation to remove the flag would have had to wait until January.

Lawmakers are doing exactly what we urged them to do three days ago in response to the horrific, racially motivated “Holy City Massacre,” the mass murder of nine black churchgoers at the Mother Emanuel AME Church in downtown Charleston, S.C.  There, nine black parishioners – including S.C. Senator Clementa Pinckney, the church’s pastor – were gunned down by Dylann Storm Roof, a 21-year-old white supremacist.

The votes come one day after S.C. governor Nikki Haley – a former flag supporter – called on lawmakers to take the banner down (which is consistent with our editorial position).