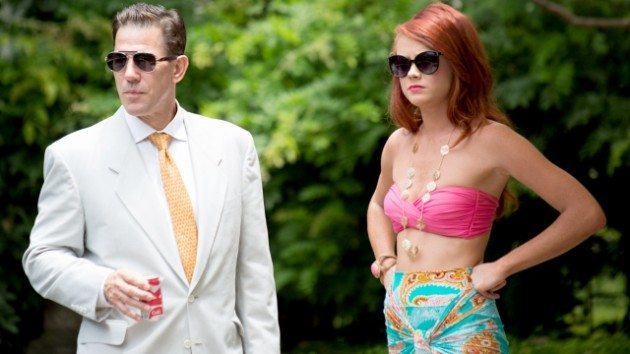 || By FITSNEWS || The future of Bravo TV’s successful Southern Charm reality television show is up in the air … again.

In fact the star of the show – former South Carolina treasurer Thomas Ravenel – says the series is kaput.

“It’s over,” Ravenel wrote on his Facebook page this week.

Just like the off-again, on-again, off-again, on again relationship the 52-year-old has with his 23-year-old co-star/ girlfriend/ baby momma Kathryn Dennis, his status with Southern Charm has always been up in the air.

“I’m (d)oing everything I can legally to get off this ridiculous show,” Ravenel said back in March.

Last December he posted a Facebook message describing the show as “full of lies and deceit,” adding that “any fool who watches it is an idiot.”

Of course Ravenel’s bold social media pronouncements are routinely contradicted (and frequently removed within hours after they are posted).  Meaning they have about as much credibility as a Greek ATM.

Southern Charm held a second season reunion show recently – usually a sign that the series is going to be back for another season.

In fact after a dip in ratings earlier this year the season two finale of the show drew a whopping 1.7 million viewers – easily the high water mark for the franchise.  That’s an 11 percent increase from the first season’s finale.

This website was the first to report on Ravenel’s impending reality TV stardom, and our founding editor – who is credited/ blamed for introducing Ravenel and Dennis – actually had a cameo on the show’s series premiere last spring.

Our bet?  That reports of Southern Charm‘s demise are premature.

After all, Ravenel seems to relish showing his ass (literally and figuratively) on the show … and there’s obviously a viable market that relishes watching (or cringing at) him doing so.