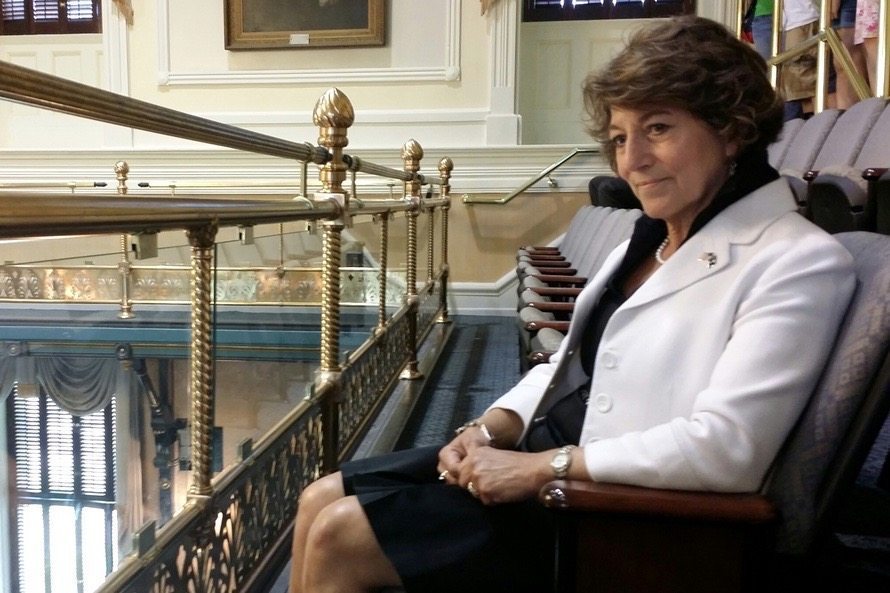 || By FITSNEWS || The liberal, tax-hike supporting lobbyist tapped last year by S.C. governor Nikki Haley to lead the state’s Department of Transportation (SCDOT) is likely to lose her job within the next few weeks.

Janet Oakley – who took over last spring after Haley’s first secretary of transportation was busted driving under the influence – has been broadly criticized by state lawmakers over her failure to adequately address the state’s infrastructure issues.

“(She’s in) over her head,” one legislative leader told FITS.

We agree with that criticism … and have said as much.

But why would Haley get rid of Oakley?  Especially given the governor’s reputation for standing by incompetent appointees …

In his case she has no choice …

Haley wants to keep that appointment power for herself … which is why sources close to her administration tell FITS she’s cut a deal with legislative leaders to fire Oakley if they agree to let her continue appointing the secretary’s position.

Both the State Senate and the S.C. House of Representatives have both voted to amend the “sunset clause” on Act 114 – meaning the governor would still appoint the secretary of transportation in the beginning of the next fiscal year (which begins on July 1).

“The understanding is that Oakley will be out and a more suitable person will be retained,” one legislative leader confirmed to FITS.

And who do lawmakers believe fits the bill?

“That suitable person could just be Templeton,” one lawmaker told us, referring to former S.C. Department of Health and Environmental Control (SCDHEC) director Catherine Templeton, who is widely credited for turning around the state’s largest and most unwieldy bureaucracy.

It’s unclear whether Templeton – who is said to be eyeing a gubernatorial run in 2018 – would be interested in the position.

Of course Haley won’t get the opportunity to make another pick unless she agrees to ditch her current secretary.

“(The) status quo must go,” the legislative leader told FITS.

Not to defend Haley (she and her two transportation appointees have been terrible), but frankly this whole exercise demonstrates the ridiculousness of state government “reform” efforts.

Lawmakers – and former governor Mark Sanford – told us in 2007 they had reformed SCDOT by prioritizing spending projects and putting a new cabinet-level official in charge of the agency to oversee the changes.  In reality, they did absolutely nothing to prioritize transportation spending – and gave the governor’s office the right to appoint a puppet (on a temporary basis, at that).

Why Haley would feel the need to cut a deal in order to temporarily retain appointment power over such an impotent office is beyond us … but according to our sources the deal is done.

Bottom line?  There has been a total failure on the part of our “leaders” to impose any real discipline over the way highway dollars are appropriated in South Carolina.  Accordingly, corrupt, unaccountable bureaucrats continue approving costly pork barrel projects while critical needs go unaddressed.

That’s why our network of roads and bridges still sucks … not a lack of money.

Not Everybody Likes Tom Davis’ Filibuster