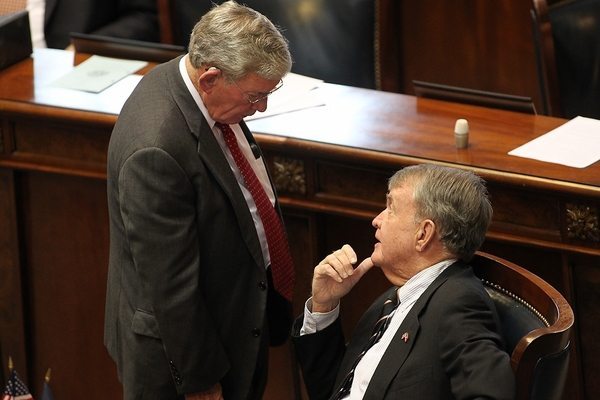 || By FITSNEWS ||  For once, two of the biggest “big gubmint” liberals in South Carolina are in no hurry to spend taxpayer money …

S.C. Senate president Hugh Leatherman and S.C. House ways and means chairman Brian White have reportedly instructed their appointees to the powerful S.C. Revenue and Fiscal Affairs (RFA) office to hold off on certifying more than $400 million in new revenue.

How come?  Because certifying the new money (i.e. authorizing it to be appropriated by lawmakers) would kill momentum for the passage of a gas tax hike …

In fact, that’s exactly what is happening even without the money being certified …

Chad Walldorf, S.C. governor Nikki Haley‘s appointee to the RFA, has reportedly been trying to get the new money certified since May 8 – nearly three weeks ago.  That’s when Walldorf and fellow board members Howell Clyborne (who was appointed by White) and Emerson Gower (who was appointed by Leatherman) were first informed of the windfall by RFA executive director Frank Rainwater. 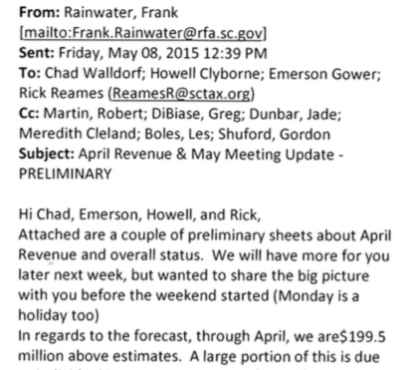 A week ago, Rainwater provided an update on the current year’s surplus – which had grown to $204 million (with a “similar amount for next year”).

Typically “surplus” revenue estimates – known around the State House as “magic money” – are certified in early May so legislative leaders can dole them out like candy during contentious end-of-session budget battles.

“They like to keep that card to play,” one lawmaker familiar with the process told FITS.  “To keep people in line.”

“They are deliberately delaying the revenue certification because they know they’ve lost the issue,” the lawmaker said.  “They could meet today to certify these funds but they’re holding $400 million hostage because they want to pass a gas tax.”

This new $400 million is on top of more than $25.7 billion lawmakers are planning to spend in the coming fiscal year – which is obviously more than enough to adequately fund and maintain our state’s network of roads and bridges.  Unfortunately, rather than doing their jobs … lawmakers have sought to stick Palmetto State taxpayers with an ever-escalating bill.

South Carolina’s “leaders” have tried all sorts of gimmicks this year in an effort to pump more money into the state’s chronically mismanaged highway bureaucracy.  First there was Haley’s proposed swap – which backtracked on her 2014 campaign promise not to raise the gas tax.  Then there was some attempted trickeration from the S.C. House (which ultimately passed a $427 million hike).  That was followed by this proposed $800 million tax hike from the S.C. Senate finance committee.

Our position from the beginning of this debate – through all the smoke and mirrors – has been clear: No new taxes.  Especially not on dirt poor citizens who already pay a greater percentage of their income on fuel than residents of every other state save Mississippi and West Virginia.

We will continue to advance that position … and support elected officials like S.C. Senator Tom Davis who are consistently advocating for it.