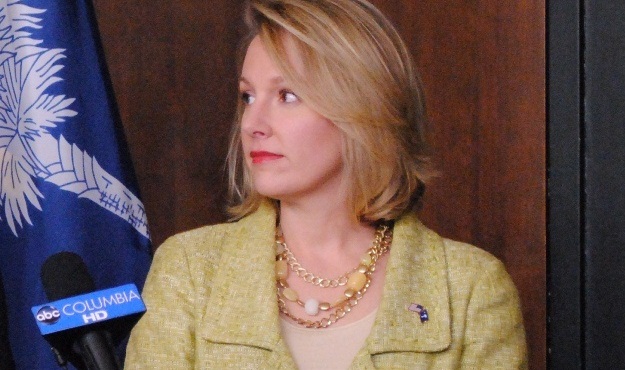 || By FITSNEWS || Former S.C. Department of Health and Environmental Control (SCDHEC) director Catherine Templeton is leaning toward running for governor in 2018, sources familiar with her thinking tell FITS.

That would mean U.S. Rep. Mark Sanford may have dodged a major bullet, as Templeton’s recent decision to turn down a GOP appointment to the National Labor Relations Board (NLRB) was widely perceived as evidence of her intention to challenge the struggling politician.

Templeton was not immediately available to respond to our inquiries (she’s reportedly traveling with her family), but a political donor familiar with her plans told FITS she was “leaning toward 2018” – and a possible run at the South Carolina governor’s mansion.

The former labor lawyer hasn’t ruled out a Congressional bid, but our source said she was “born to be an executive” – that she thrives in atmospheres where she can identify challenges, implement fixes and improve outcomes for people’s lives.

Obviously the U.S. Congress is no place for that sort of thing …

The only question is this: Where does she fall on the ideological spectrum?  Is she a free market conservative?  Or just another “Republican?”  Hell … is she even a Republican?

Were she to seek the GOP nomination in 2018, Templeton would likely face a crowded field. U.S. Rep. Mick Mulvaney is reportedly eyeing the nomination, as are S.C. Senator Tom Davis and State Rep. Tommy Pope.  There are even rumors Sanford could run for governor again.

And obviously other names are likely to emerge … perhaps including lieutenant governor Henry McMaster or attorney general Alan Wilson.

Should be a fun race to cover …