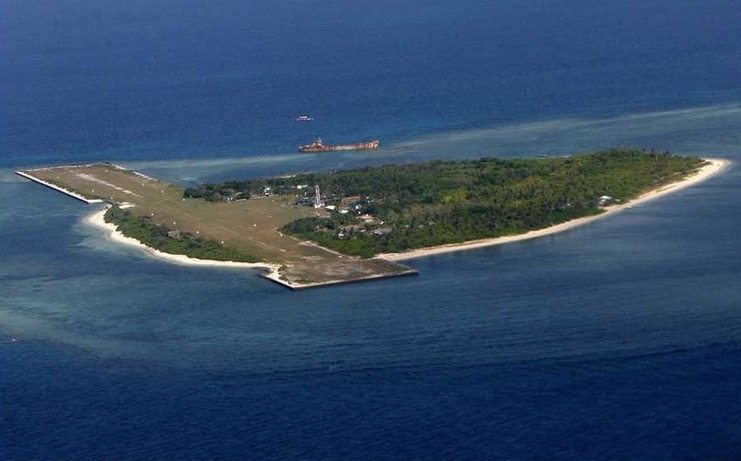 || By FITSNEWS || Never heard of the Spratly Islands?  You’re forgiven.  Neither had we.  Apparently this assemblage of more than seven hundred atolls, reefs, cays, islets and islands in the South China Sea is hot property, though – with at least six countries laying some sort of territorial claim.

Among them?  China.  In fact the Chinese – who refer to the archipelago as the Nansha Islands – have been building up artificial reefs in the area in an effort to press their claims.

That’s not sitting well with the (wannabe) world’s policeman.  In fact U.S. secretary of defense Ash Carter has reportedly requested a list of military options to deal with the Chinese aggression – including air and sea exercises to be conducted by the “global force for good” (a.k.a. the U.S. Navy).

Let’s get this straight: America – which borrows hundreds of billions of dollars from China to subsidize its deficit spending addiction – is wanting to blow some of those borrowed billions on military options against China?

“We are considering how to demonstrate freedom of navigation in an area that is critical to world trade,” a U.S. official told The (U.K.) Guardian.  “The U.S. and its allies have a very different view than China over the rules of the road in the South China Sea.”

Seriously … is America not sufficiently busy picking fights in the Ukraine and the Middle East?  Does it really want to open up a third front in an area of the world well outside our sphere of influence?  Against its banker, no less?

Because that strikes us as substantially south of brilliant …

Not surprisingly, China wasn’t thrilled by the American saber-rattling.  According to The Wall Street Journal, its foreign ministry urged “relevant countries to refrain from taking risky and provocative action.”

America might be wise to heed that advice, too.

After all, in addition to having been surpassed by China as the world’s leading economic powerhouse (while state governments in America dole out huge tax breaks to Chinese billionaires) … last time we checked this could be an unfair fight.