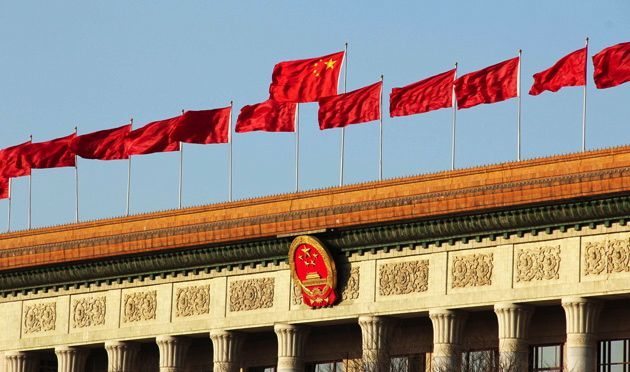 “LAND OF THE FREE” TAKES ANOTHER HIT …

By FITSNEWS || We knew the day was coming … and lo and behold, it’s here.

The United States of America is no longer home to the world’s largest economy.  That distinction now belongs to China, according to data from the International Monetary Fund.  The size of the Chinese economy this year is $17.6 trillion – compared to $17.4 trillion for the U.S. economy.

Yup … let that sink in for a minute.  America has already lost its claim to fame as the “land of the free,” now it is no longer the world’s leading economy either.

“In the spring, the International Comparison Programme calculated new exchanges rates for comparing output of different economies,” noted Chris Giles at FT. “At the time it suggested that China was the world’s largest economy because money went significantly further in China than previously thought. To get this inference, you had to do a bit of extrapolation from the 2011 base year.”

Well extrapolation is no longer necessary … China’s got us beat.

Ready for another sobering stat?  Our federal government is currently $17.8 trillion in the hole.  China, on the other hand, has net foreign assets of $1.7 trillion.

Anybody care to guess how this ends?

Over the last decade the United States has been moving at breakneck speed toward a command economic model in which central planners in Washington, D.C. regulate ever larger swaths of American commerce.  Meanwhile our bureaucracies have exploded, our taxes have skyrocketed and government keeps incentivizing dependency and corporate cronyism – while pursuing costly foreign entanglements abroad.

All the while our incomes … and liberties … recede.

What a country, right?