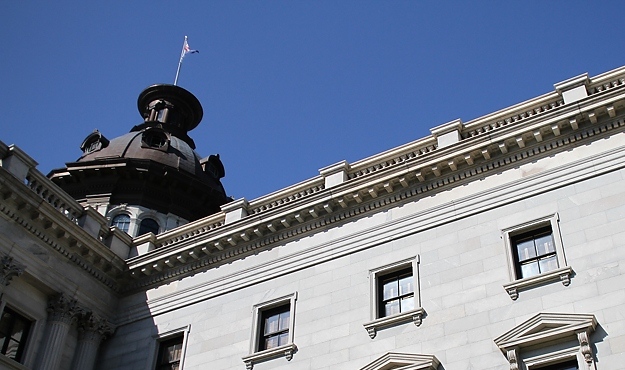 || By FITSNEWS || The S.C. House of Representatives passed its budget last week, and we’ll be delving into that document a good bit this week as it heads over to the State Senate.

But this post isn’t (just) about dollars and cents … it’s about the Palmetto State’s fundamentally dysfunctional approach to education.  More to the point, it’s about the complete disappearance of this critical issue from the public radar at a time when it should be dominating headlines.

We’re referring of course to last fall’s “minimally adequate” court ruling from the S.C. Supreme Court – which determined that the state’s government-run education system (an effective monopoly in most corners of the state) was not fulfilling its constitutional duty to provide a “minimally adequate” education in poor, rural districts.

It also stated – explicitly – what we’ve been saying for years, namely that throwing more money at this failed system has not worked.

Exactly … and that’s coming from a court dominated by liberal justices.

Anyway, we’ve addressed the constitutionality of this ruling previously (arguing against the court) but there is no denying the conclusion reached by the justices regarding government-run “education” in South Carolina.

If anything, they didn’t go far enough …

“It goes without saying South Carolina’s government-run schools are not ‘minimally adequate,'” we wrote.  “They are totally inadequate – despite receiving billions upon billions of dollars in new money over the past few decades.”

Yet the court’s ruling – which was supposed to spark a long-overdue discussion about how to really improve academic outcomes in this state – has sparked nothing.

How come?  Well, state lawmakers have chose to focus their efforts instead this year on pushing gas tax hikes (ostensibly for infrastructure), new domestic violence legislation and so-called “ethics reform.”

Education?  It’s simply not on their radar … nor is anyone in the media (other than us) holding their feet to the fire on the issue.

To be fair, lawmakers in the S.C. House deserve credit for some modest expansions to the state’s existing parental choice program – which offers tax credit-funded scholarships to children with special needs – but they haven’t done nearly enough to inject market pressure into the equation.  And even the modest expansions to this minuscule program are under attack by the educrat establishment.

Bottom line?  The “minimally adequate” ruling – and its brutal underlying reality – got swept under the rug.  That is totally unacceptable … and most glaring, galling failure of the 2015 session of the S.C. General Assembly.

Do not let facts get in the way of a GOP/Tea Party “Fairy Tale”.

But I thought the tea nuts wanted us to be more like Africa and South America. I.E. no government services. When we move that way everyone bitches. We are doing what Republicans want. Creating an uneducated underclass who can be forced to compete with the sweatshops of Asia.
All of the nations who outperform us have excellent public education systems. Not private education systems.

Its Teabagger heaven. ..keep them dumb and they’ll vote fer ya…..I hope the courts out the smack down on these self serving lawmakers maybe the idiots that support them will vote for their asses out when their taxes go up for failing to properly fund education.

The best possible school “choice” for may students would be to give them the choice to finish high school in less than four years.

7 of 24 units required to earn a HS diploma are “electives.” If a student needs specific courses for college or an occupation, they will take them. If not, reduce the elective units and let them go in less than four years.

Let’s start with the set-up of the school districts. This was always done specifically to keep the disadvantage playing out. Let’s take any county, but for kicks, Lexington. So Lex 1 is a wealthy district, they get about $5K per student in local taxes. Fed funds, which get doled out at the Fed level, are lower a bit, with higher amounts to say Lex 4 (by about $500 a student). The state share, however, never adjusts to accommodate the needs and / or challanges of the poorer districts. So on paper a poorer district may appear to get a little more than a more wealthy district, it’s never really level. So poorer districts, which may have additional challanges, are treated the same at the state funding level, getting screwed at the local level because their tax base is smaller, and get a little more help at the Federal level, but not enough to make up the inequality. And it’s on purpose. Rural districts are typically more minority – (in South Carolina – read black). The very fact that the State failes to distribe the funds based on need, instead of political power, is why the law suit was filed to begin with. So if you’re idea of free market reform is that a black High School sophmore at Swansea can up and go, instead, to Lexington HS, I’m all for it. Let’s start today. But that will never happen, because the good people of Lexington One will NEVER allow the hords of minority students outside their district in. And there isn’t some secret GOP money bags gonna open a private school in Swansea that caters to District 4. It’s not free market reform that will work. It’s addressing where resources need to be allocated – and right now – that’s horribly corrupt.

How is Leatherman going to funnel money to his son-in-law for highway construction if the state spends money on education?

And for the record, it’s been proven that throwing money at education doesn’t work. We could spend $100,000 per student at say SCSU and it’s not going to increase graduation rates.