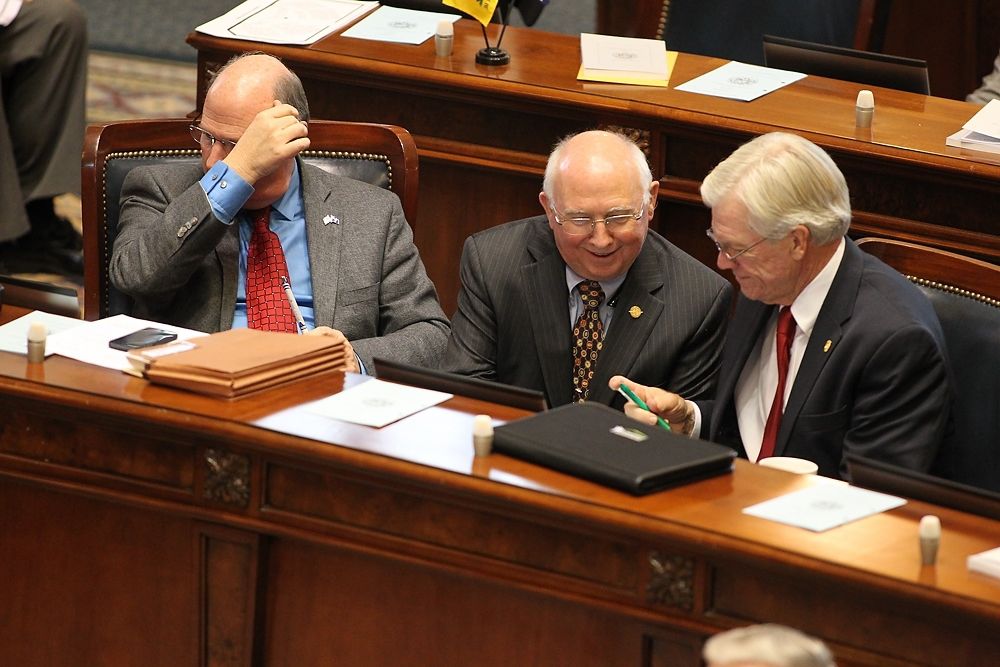 BUT IS IT REALLY A “STEP FOWARD?”

|| By FITSNEWS || The South Carolina Senate passed legislation aimed at curbing criminal domestic violence (CDV) in the Palmetto State – which historically ranks among the nation’s leaders in the percentage of women killed by men.

Why is that?  Hmmmmm … we’ve got some ideas (click HERE and HERE).

Anyway … the legislation engendered tremendous controversy owing to provisions that would deprive certain CDV offenders of their gun rights.  Federal law already imposes a lifetime ban on gun ownership for any CDV offender, although local and state law enforcement would have to refer such charges to federal prosecutors (who are unlikely to move on them in absence of a compelling reason).

The final version of the legislation permits “judicial discretion” on stripping gun rights for some CDV offenders – an amendment introduced by S.C. Senator Chip Campsen.

Really?  Because last time we checked “judicial discretion” in South Carolina was pretty much up to the legislative branch, which taps judicial nominees and then appoints them via notoriously corrupt legislative elections.

“I appreciate my colleagues working across the aisle to push this bill through,” S.C. Senator Larry Martin said in a statement. “South Carolina needs tougher domestic violence laws and this is a step in the right direction.”

The bill sparked a national controversy when one “Republican” State Senator – Thomas Corbin – got into a heated argument at a legislative dinner with the bill’s primary sponsor, S.C. Senator Katrina Shealy.

Corbin told Shealy – the only female member of the State Senate – that women were “lesser cuts of meat.”

Shealy pushed back against Corbin’s remarks – and used them to build support for her legislation.

“I am happy that we stayed today and worked out a compromise in the domestic violence bill,” Shealy said in a statement.  “It is a strong bill although we did not get everything we wanted.”

“I am proud of my colleges for working tirelessly on this bill,” Hembree said in a statement.  “We worked hard in the off session in subcommittees and in full Judiciary Committee to get the best bill through the Senate.  We heard grueling testimony of families who have been victims.”

Still, some feel the chamber missed an opportunity during the debate over the legislation …

“I wish someone would go to the well (of the Senate) and talk about how damaging and abusive words are and stare down Corbin,” one State House insider told FITS. “They’re only talking about physical abuse and bodily harm in this debate.  I get why.  But a personal point would be in order.”

South Carolina has passed a criminal domestic violence bill that marginally addresses the issue … in the process earning the state yet another national black eye for its backwardness.  Meanwhile the true savagery that lurks at the heart of this issue goes unaddressed … while the politically connected in the state continue to evade accountability when they break the law.

Score one for the status quo, if you ask us …