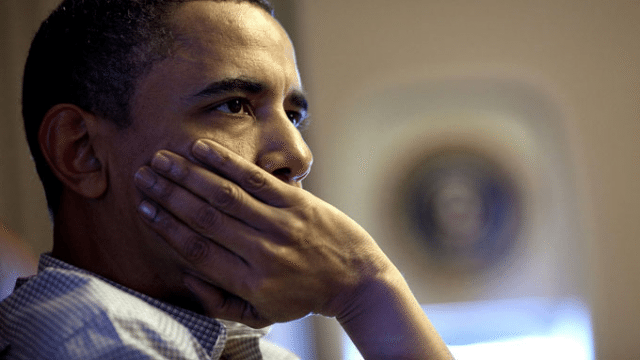 || By FITSNEWS || While the battle rages on in Washington, D.C. over funding for its implementation, a federal judge in South Texas has ruled U.S. president Barack Obama‘s executive amnesty program unconstitutional.

According to the ruling from district court judge Andrew Hanen – issued in response to this lawsuit – Obama’s amnesty orders exceeded his constitutional powers by granting the U.S. Department of Homeland Security (DHS) the authority to grant “benefits and privileges” to more than four million illegal aliens.

Accordingly, Hanen has issued an injunction in the case barring the administration from implementing its directives.  Obama’s administration immediately signaled its intention to appeal the ruling.

“The DHS was not given any ‘discretion by law’ to give 4.3 million removable aliens what the DHS itself labels as ‘legal presence,’ ” Hanen wrote in issuing the injunction. “In fact, the law mandates that these illegally-present individuals be removed.  The DHS has adopted a new rule that substantially changes both the status and employability of millions.  These changes go beyond mere enforcement or even non-enforcement of this nation’s immigration scheme.”

The U.S. House voted last month to defund the executive amnesty provisions of the DHS budget – which is set to expire on February 28 (the agency was excluded from the broader “budget betrayal” approved last December by a lame duck Congress).

U.S. Rep. Mick Mulvaney – who has been pushing efforts to de-fund the controversial measure – praised the ruling.

“Presidents have the executive authority to do things like delay prosecution, but they cannot change the law in order to grant benefits,” Mulvaney wrote on his Facebook page.  “I wholeheartedly agree with this decision.”

Mulvaney added that “the Constitution exists to protect all of us, and ignoring it just because we like the outcomes of ignoring it – where the ends justify the means – is one of the most frightening things I have encountered.”

This website has never breathed fire on the issue of illegal immigration.  We’ve consistently urged pathways to status and other “progressive” reforms as possible solutions – although we’ve always acknowledged that border security (i.e. turning off the illegal alien spigot) is one of the few things government is supposed to do.

Of course no matter what one thinks of Obama’s proposals … their substance isn’t the issue.

The issue – as Hanen and Mulvaney have stated – is whether presidents have the authority to arbitrarily change laws they disagree with.  We don’t think they do – and last time we checked, neither did the U.S. Constitution.

Obviously this is the first stage in a long fight … one that will play out in the courts and in the U.S. Congress, where Democrats in the U.S. Senate are under pressure to pass a DHS budget that removes funding for the program.

It’s also worth noting that no matter how the fight turns out, effective amnesty is already in place … and isn’t going anywhere anytime soon.

“The DHS may continue to prosecute or not prosecute these illegally-present individuals, as current laws dictate,” Hanen wrote in his opinion.  “This has been the status quo for at least the last five years.”