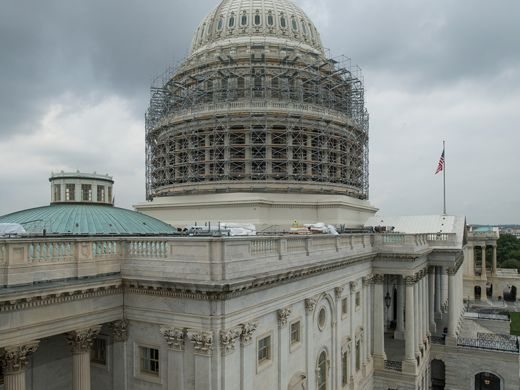 || By FITSNEWS || By a 236-191 tally, the U.S. House of Representatives voted this week to de-fund president Barack Obama‘s executive orders on immigration – attempting to undo the administration’s controversial executive amnesty effort.

“We are dealing with a president who has ignored the people, ignored the Constitution, and even his own past statements,” U.S. Speaker John Boehner said in a rare floor speech.

Really?  We agree with Boehner on the substance of this issue … but we’re done pretending he’s serious about challenging Obama.

After all, we know how this script ends …

So do “Republican” voters too, apparently …

Not surprisingly, it didn’t take long for the “Speaker who cried Wolf” to get called out.  One prominent conservative blogger – Ace of Spades HQ – referred to Boehner’s play as nothing more than a “tactical feint” and the latest example of the “manipulations of the establishment.”

“I don’t see the point of pretending this deception is real,” he wrote, adding “there’s no way I’m going to pretend the GOP’s silly shadow-play is something I should take seriously.  They’re going to sell us out, and I’m not going to act as a theater critic.”

They are going to sell you out … they’ve been selling you out for years.

Another conservative website, Hot Air, downplayed the significance of the vote.

“This was always a goodwill gesture to conservatives and little more,” the website noted, referring to the measure’s uncertain future in the new “GOP-controlled” U.S. Senate.

“The first big test of the new Republican-controlled Senate is going to be a painful failure on an issue that conservatives care a lot about,” the website predicted.

Indeed it will … and whether all those “conservatives” know the intricacies of immigration policy or not, there’s no denying they care about this issue. A lot.

De-funding amnesty?  It’s another side show to keep our eyes off the real betrayals …

Virginia Really Is For Lovers …