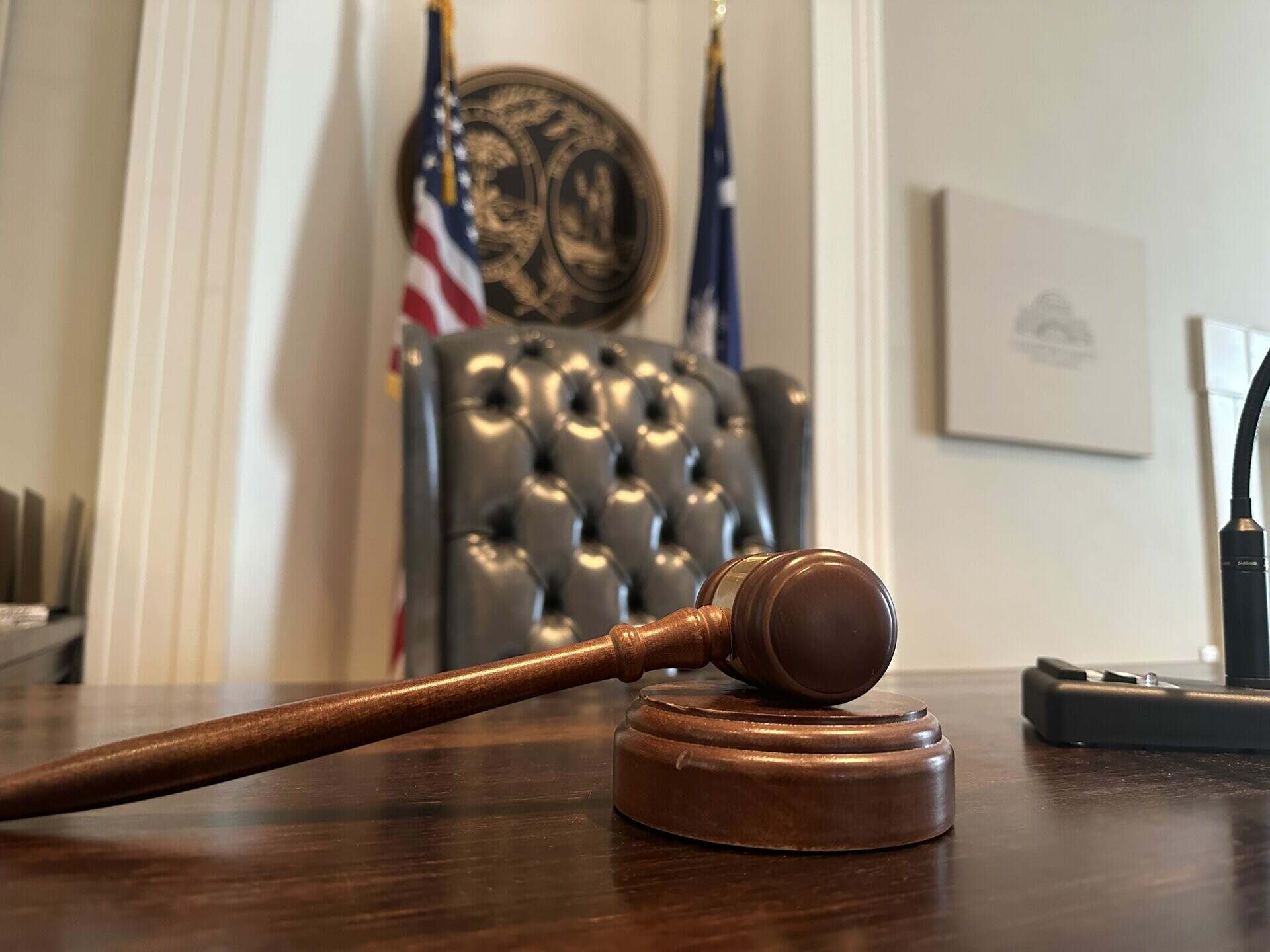 “Look down, not around … keep doing the thing.” That is some of the best advice I’ve ever received regarding the journalistic endeavor.

Unfortunately, it took me way too long to put that advice into practice – and longer still to assemble a news team committed to putting the story ahead of everything else (and following stories no matter where they led). I’ll be honest: For much of the ‘Murdaugh Murders’ crime and corruption saga, FITSNews spent nearly as much time bickering with other media outlets in search of credit as it did spelunking this multi-faceted maze in search of truth.

Our approach changed last summer – and I have to say, I cannot be prouder of both the work we are doing and the way we are doing it.

As we approach next week’s double homicide trial of Alex Murdaugh in Walterboro, South Carolina, FITSNews is excited to share some of our coverage plans for these upcoming proceedings – which continue to attract national and international attention.

Our news outlet has been the tip of the spear on this story from the very beginning … and you can count on us to be your go-to source for the latest info and analysis during Alex Murdaugh’s double homicide trial.

So, if you haven’t already subscribed to our media outlet … what are you waiting for?

While we await word on the final arrangements for members of the media covering the trial, the pieces of our production have been rapidly falling into place over the last few weeks.

First, I am thrilled to introduce our readers to Ashleigh Messervy – who is serving as our lead producer and main anchor for the upcoming trial. A native of Summerville, S.C., “Ash” is a seasoned journalist who has spent time reporting, anchoring and producing in multiple major media markets in the Palmetto State.

A graduate of the University of South Carolina journalism school, Messervy was most recently a producer and host for WCBD TV-2 (NBC – Charleston, S.C.). In addition to her work with the Fourth Estate, Messervy also has extensive private sector communications experience. Beyond that, she’s a budding entrepreneur – having recently launched her own marketing and video production firm.

Ash has gotten a crash course on the Murdaugh saga over the past few months – soaking up all the details of this convoluted tale while at the same time whipping our operation into shape.

Ash will be joining myself and the two core members of the FITSNews’ team – director of special projects Dylan Nolan and research director Jenn Wood – in providing daily coverage of the trial.

Dylan became a household name amongst our ‘Murdaugh Murders’ audience during the November 2022 federal trial of convicted fraudster Russell Laffitte, but his impact on our coverage extends well beyond just what you see on the site.

In addition to his research, reporting and production efforts on hundreds of FITSNews’ stories, Dylan is also an executive producer of our ‘Week In Review’ and ‘Cheer Incorporated’ podcasts.

I call Dylan “the man with the plan,” because that’s exactly what he is … and his boundless energy, creativity and commitment to sharpening his skills on multiple fronts continues to push this platform to new heights.

As for Jenn Wood? I don’t even know where to start with how amazing this woman is … and how indispensable she has become to our operations. After sliding into my twitter DMs during the summer of 2021, Jenn has become the foremost expert on the ‘Murdaugh Murders’ saga in the entire nation and our undisputed research leader.

Jenn isn’t merely adept at digging through motions and records, though – she has come into her own as a feature reporter (see here, here and here for examples of her recent work) and is also the lead writer and host of ‘Cheer Incorporated.’ Additionally, she is the driving force behind all the nifty new Murdaugh pages popping up on our site.

Jenn is, quite simply, the glue that holds our news team together … and her relentlessness and resourcefulness pushes all of us to do better (and be better).

Now that you know a little bit about our team, here is some detail on how we are planning to cover what is already being referred to as South Carolina’s ‘Trial of the Century.’

First, it goes without saying we will have someone in the Colleton County courthouse at all times reporting on what is transpiring within – and that our news outlet will be providing the court-approved livestream of these proceedings to our viewers. To contextualize this information, we will be posting a daily “live feed” of the trial incorporating this livestream as well as a steady deluge of updates and insights from our news team and our network of experts and analysts.

Got an observation you’d liked to see included in our daily “live feed?” Be sure to follow (and tag) us on Twitter (@FITSNews) – and use the hashtag #MurdaughMurders or #MurdaughTrial.

One key point I’d like to mention here: At FITSNews, we relish the open exchange of ideas and perspectives (including perspectives which disagree with us or are critical of our work). In other words, feel free to be blunt with us! We won’t block you …in fact, we will actually share your views with our audience!

Also, in the spirit of collaboration with our fellow media outlets, we will be sharing tweets, links and references to their coverage in our “live feed” as well …

Both the livestream and our “live feed” will be available on ‘Murdaugh Murders’ landing page.

The goal of these daily polls is to track how public perception of Murdaugh’s guilt or innocence related to the murders of his two alleged victims changes over the course of the trial.

Want to weigh in now? You can go ahead and cast your votes in our pretrial polls below …

Based on the information you have now, is Alex Murdaugh is guilty or not guilty of the murder of Maggie Murdaugh?

Based on the information you have now, is Alex Murdaugh is guilty or not guilty of the murder of Paul Murdaugh?

As the proceedings move forward, Jenn Wood will be providing charts and graphs documenting the evolving perceptions of Murdaugh’s guilt/ innocence so our readers can track how it changes … or doesn’t change.

In addition to our daily interactive “live feed,” FITSNews will continue publishing news articles, context pieces, commentary, video packages and all manner of other Murdaugh-related content – just as we have been doing from the very beginning of this saga. Those stories will be available on our homepage, our landing page and in our “live feed” post.

Want even more insight into the trial? You won’t want to miss “On The Docket,” a twice-weekly podcast segment starring Ash and Jenn recorded on location along the Toogoodoo River just southwest of Walterboro, S.C.

In addition to their own unfiltered commentary on the trial, Ash and Jenn already have some special guests lined up for their show …

Which reminds me: The best part of our coverage?

It’s no longer just “us.” As part of her contributions to our coverage, Ash has been working overtime with some very special guests who have graciously agreed to lend our audience their perspectives throughout the trial.

Among them? Jack Swerling – one of the most celebrated defense attorneys in the Palmetto State.

Ash has already filmed several segments with Swerling and S.C. first circuit solicitor David Pascoe addressing key components of the upcoming trial – and she will be checking in with them as the proceedings progress.

This is just the beginning of our amazing guest analyst lineup, too …

As I mentioned at the outset of this article, none of this would be possible without your support.

Whether you are a Murdaugh aficionado or a South Carolinian eager to see more accountability from Palmetto State institutions, your subscription to FITSNews empowers everything we are doing for this trial … and the broader fight to elevate truth and justice .

So, if you haven’t already, please consider subscribing to FITSNews. Come to get the scoop … but stay to support our ongoing efforts to “seek and speak truth by hosting an open, vibrant marketplace of ideas.”

That’s actually a decent picture of you Will.
Except for holding a boom mike like it’s Ron Jeremy’s …. boom mike.
Good luck on the trial.