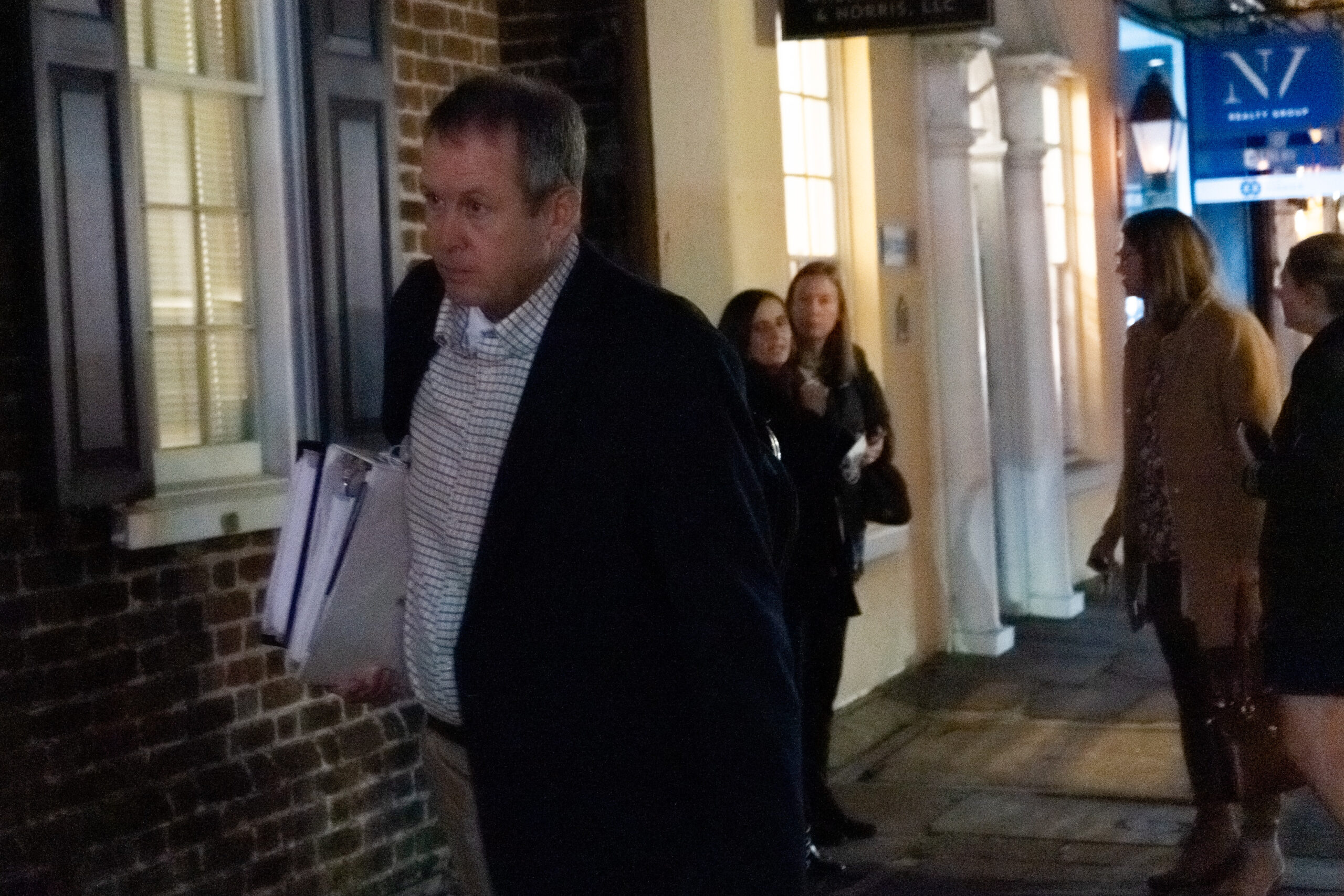 by JENN WOOD and WILL FOLKS

Attorneys for convicted white collar criminal Russell Laffitte filed a motion for a new trial – and for a judgement of acquittal – on behalf of their client following the guilty verdicts handed down against him last month in the first criminal trial tied to the ‘Murdaugh Murders’ crime and corruption saga.

Laffitte was found guilty of bank fraud, wire fraud, conspiracy and misapplying bank funds related to his role in the alleged financial scams of disbarred lawyer/ accused killer Alex Murdaugh. In addition to the federal convictions – which could land him behind bars for up to thirty years – there are still more than twenty Murdaugh-related state charges also pending against Laffitte.

Their rationale? As expected, the motion asserted Laffitte’s constitutional rights were violated when Gergel replaced two jurors at the eleventh hour during a pivotal point in their negotiations.

“Following nearly ten hours of deliberations, two jurors were improperly dismissed and replaced with alternates, only to have a newly constituted jury return a guilty verdict forty minutes later,” the filing (.pdf) noted. “One of those jurors requested removal based on her dissenting status, and the error in her
removal constitutes a miscarriage of justice.”

Laffitte, 51, of Hampton, S.C., is the former chief executive officer of Palmetto State Bank (PSB). He was fired from his post at the financial institution in January as his starring role in a myriad of scams tied to Murdaugh began to become clear.

Laffitte’s request for a new trial was filed just minutes before the two-week deadline for the submission of post-trial motions was set to expire.

In addition to citing the jury drama, Daniel and Austin argued a “new trial is also warranted on other grounds — grounds that both independently and cumulatively undermined the validity of the newly constituted jury’s verdict.”

This news outlet touched on the jury drama in our recap of the Laffitte verdicts. And last week, the court issued a transcript (.pdf) from that chaotic evening detailing how the judge and prosecutors from the office of U.S. attorney Adair Ford Boroughs mounted a successful push to replace these jurors based on, among other reasons, a strong desire to conclude the trial prior to the pending Thanksgiving holiday.

Moments before being replaced, one of the jurors submitted a note to Gergel indicating they were “feeling pressured to change (their) vote.” The same juror also indicated they were on a time crunch – needing to take an antibiotic medication within two hours.


Upon receiving this note, Gergel informed prosecutors and defense attorneys “my instinct is that we have alternates and we should get to a verdict.”

“It is not practical to get (their) medicine and drive back,” Gergel said.

A separate juror submitted a note to Gergel indicating they were “experiencing anxiety and unable to clearly make (a) decision.”

Gergel would later describe this juror as being “in an emotional meltdown situation” – describing her as so “emotionally upset … (she) could hardly speak.”

“Can they just come back in the morning?” Daniel asked the judge.

At the point these notes were received, jurors had been deliberating for nearly ten hours – and had been at the court for more than twelve hours. It soon became abundantly clear, however, that neither Gergel nor the prosecution wanted to extend deliberations into the following day – citing the “impending holiday ahead of us.”

Worth recalling? Gergel contributed to the trial’s condensed pre-holiday schedule – canceling an entire day of court so that he could attend an investiture ceremony in Washington, D.C. for newly installed U.S. circuit court judge J. Michelle Childs.

According to Laffitte’s attorneys, Gergel’s decision to replace the jurors rather than declare a mistrial – or allow jurors to come back the following day – “constituted error, and deprived (Laffitte) of one of his most cherished rights: the right to be judged by a fair, unanimous, and impartial jury.”

“The court should have tried to preserve the empaneled jury and declare a mistrial when it realized a juror’s request for dismissal stemmed from animosity and pressure being brought to bear on her views on the case,” they wrote.

Gergel further erred by making this decision with the juror outside the presence of Laffitte or his counsel – and without providing them adequate notice, their filing claimed.

According to my sources, additional information regarding the eleventh hour jury machinations will be provided in a supplemental motion to be submitted by Daniel and Austin.

Looking beyond the jury drama, Laffitte’s attorneys argued Gergel erred in “refusing to admit evidence involving dissent and disagreement within Palmetto State Bank motivating board members’ testimony” – and in “failing to instruct the jury on Laffitte’s advice-of-counsel defense given the evidence presented.”

They also claimed Gergel allowed prosecutors to “distort the factual distinction” between Arthur Badger and the estate of his late wife, Donna Badger, and by “prohibiting Laffitte from arguing against the government’s mistake of law and fact.”


Donna Badger was an Allendale County woman who was killed in a 2011 car crash. Arthur Badger was a client of Murdaugh’s whose settlement funds were stolen and misappropriated by Murdaugh and Laffitte, according to prosecutors.

As I noted in our prior coverage, the jury drama marred what “was an absolute tour de force” by federal prosecutors. Led by Emily Limehouse and Winston Holliday, the prosecution “methodically, meticulously made a compelling case against Laffitte on each of the six charges filed against him.”

Limehouse and Holliday introduced damning documents and elicited incriminating testimony not only from government witnesses, but also from many of the witnesses called to the stand on Laffitte’s behalf.

The sheer volume of evidence and testimony left little doubt as to the outcome of the proceedings – and assuming Laffitte is granted a new trial, it is hard to imagine it going any better for him than the first one did.

Still … does that make the arguments raised by his attorneys regarding the jury issue any less valid?

What to expect next? Federal prosecutors will file a response to Austin and Daniel’s motion to appeal. That process can take several weeks and with the impending holidays, could take even longer. After that, the matter will go to a panel of three federal circuit judges who will look at both sides of the case and review the briefs, the transcripts of the trial and the evidence.

At this point, they may order a hearing for oral arguments. If this happens, both sides will come together to argue their case in person and after that, the judges will make a decision. This process can take up to six months due to the number of appeals the appellate judges receive.