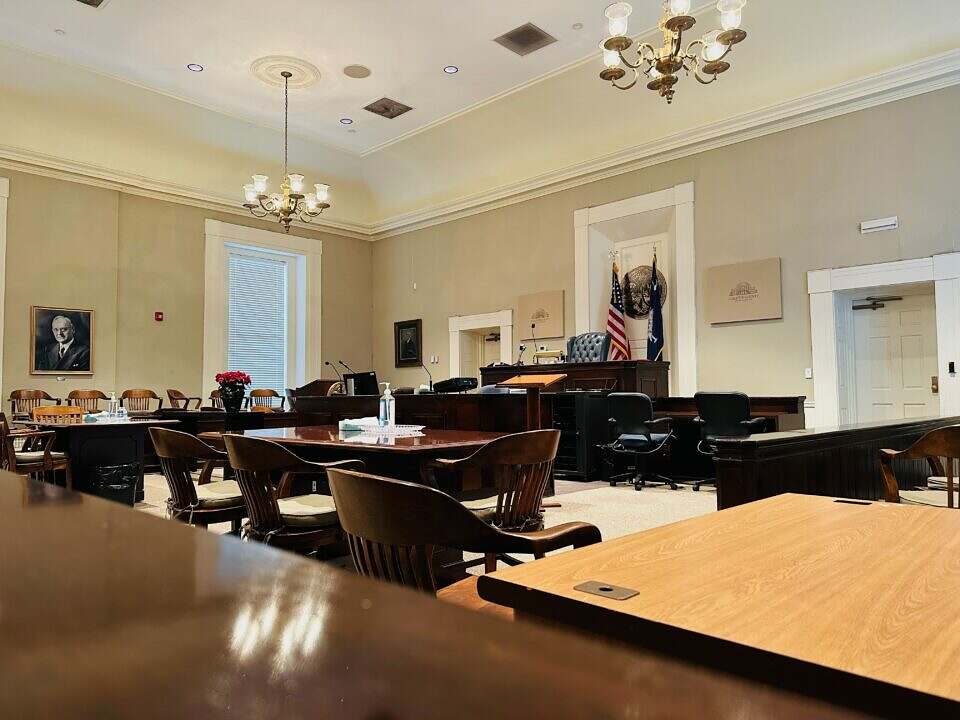 The double murder trial of disbarred and disgraced former South Carolina attorney, Alex Murdaugh, begins in less than two weeks. Over the past few weeks, 900 residents of Colleton County have received a jury summons from the Clerk of Court for the highly anticipated trial.

The double homicide Murdaugh stands accused of committing lies at the very heart of the ‘Murdaugh Murders’ crime and corruption saga. This still-unfolding Southern Gothic saga chronicles the fall of the “House of Murdaugh,” a powerful legal dynasty which ran the Palmetto State’s Lowcountry like its own fiefdom for more than a century.

The legal dynasty the Murdaugh family and their firm built over the past century relied on the small pool of available jurors – and the firm’s extensive ties to the community. These ties – combined with a law that allowed personal injury lawyers to sue businesses in virtually any county in the state- made Murdaugh’s former law firm giants in the legal industry.

Or at least it did until this friendly venue statute was taken off the books in 2005.

Looking ahead to the upcoming trial, the initial pool of potential jurors will be whittled down considerably during the selection process. Which leads us to the biggest question to consider ahead of the trial gaveling to order on January 23, 2023: Is it even possible for Murdaugh to be judged fairly and impartially by a Colleton County jury?

Also … why did prospective jurors receive a multi-page questionnaire delving deep into their personal lives and their viewing/ media consumption habits?

When jurors receive a summons to report to court, they are typically asked some basic questions to help court officials weed out those who are unable to report to jury duty for some reason. Some examples include: Proof of pre-arranged travel plans, citizens over the age of 65 or parents without child care options. Jurors called for the Murdaugh case received something extra, though.

FITSNews obtained a copy of the juror questionnaire for the Murdaugh trial and discovered a number of questions which appeared to be highly specific to the coverage of this case.

Jurors are expected to complete this questionnaire and return it to the clerk of court, who will narrow the pool by removing those who have stated they are unable to serve. Once that process is complete, a final list of names is provided to both defense attorneys and prosecutors – who then perform extensive background checks on these individuals in preparation for trial.

So … which side did the detailed questionnaire benefit? The prosecution or defense? The goal of the attorneys on both sides is to obtain as much information as possible from the jurors. The prosecution is likely looking for jurors sympathetic towards the victims and likely to be vocal advocates for justice. The defense team will likely look for jurors with strong personalities – or contrarians.

Remember, it only takes one. One wild card juror with a strong personality can hang a jury (i.e. prevent a conviction by keeping a verdict from being unanimous).

Jury selection is among the most critical components of a successful trial for both sides. Accordingly, both prosecutors and defense attorneys will be seeking every advantage as the 900 prospectives are ultimately whittled down to 12 jurors (and anywhere between 4-6 alternates).

Here is the oath all jurors will recite:

Mr. Foreman or Madam Foreman, Ladies and Gentlemen of the Jury. Please stand and raise your right hand to be sworn:

You shall well and truly try, and true deliverance make, between the State of South Carolina, and the defendant at bar, whom you shall have in charge, and a true verdict give, according to the law and evidence. SO HELP YOU GOD.

How long jury selection will take is anyone’s guess. Sources familiar with high-profile murder cases indicated the process could take multiple days. After the jurors are sworn in, the presiding judge in the case – S.C. circuit court judge Clifton Newman – will begin the process of voir dire, which is a preliminary examination of a juror by a judge or counsel.

During this process – which takes place behind closed doors – attorneys may challenge any of the jurors for cause. For example, an attorney could move to strike a prospective juror who attended high school with Murdaugh if they feel that relationship would cause them to be biased in their deliberations.

Challenges for cause are not often approved by the judge because if one is raised, the judge will ask the juror if they feel this relationship would cause them to be biased in their deliberations. If they say it would not affect their judgment, the judge could deny it as the right to be a juror is a strongly held rule in the court system.

After the attorneys finish raising challenges for cause, they begin using peremptory challenges. An attorney does not need to provide a reason to excuse a juror for a peremptory challenge. The jurors’ names are called using a randomized computer system and the names are presented to the court. After the juror’s name is presented, the prosecutor is asked what the state says. The responses are to excuse the juror, present the juror, or swear in the juror.

If excused, jurors are seated at the back of the courtroom. Next, the defense is asked the same question. The process is repeated until twelve jurors (and the aforementioned alternates) have been seated and sworn in.

At that point, the judge will allow opening arguments to begin …

What Can Blood Spatter Tell Us? Forensic Expert Explains