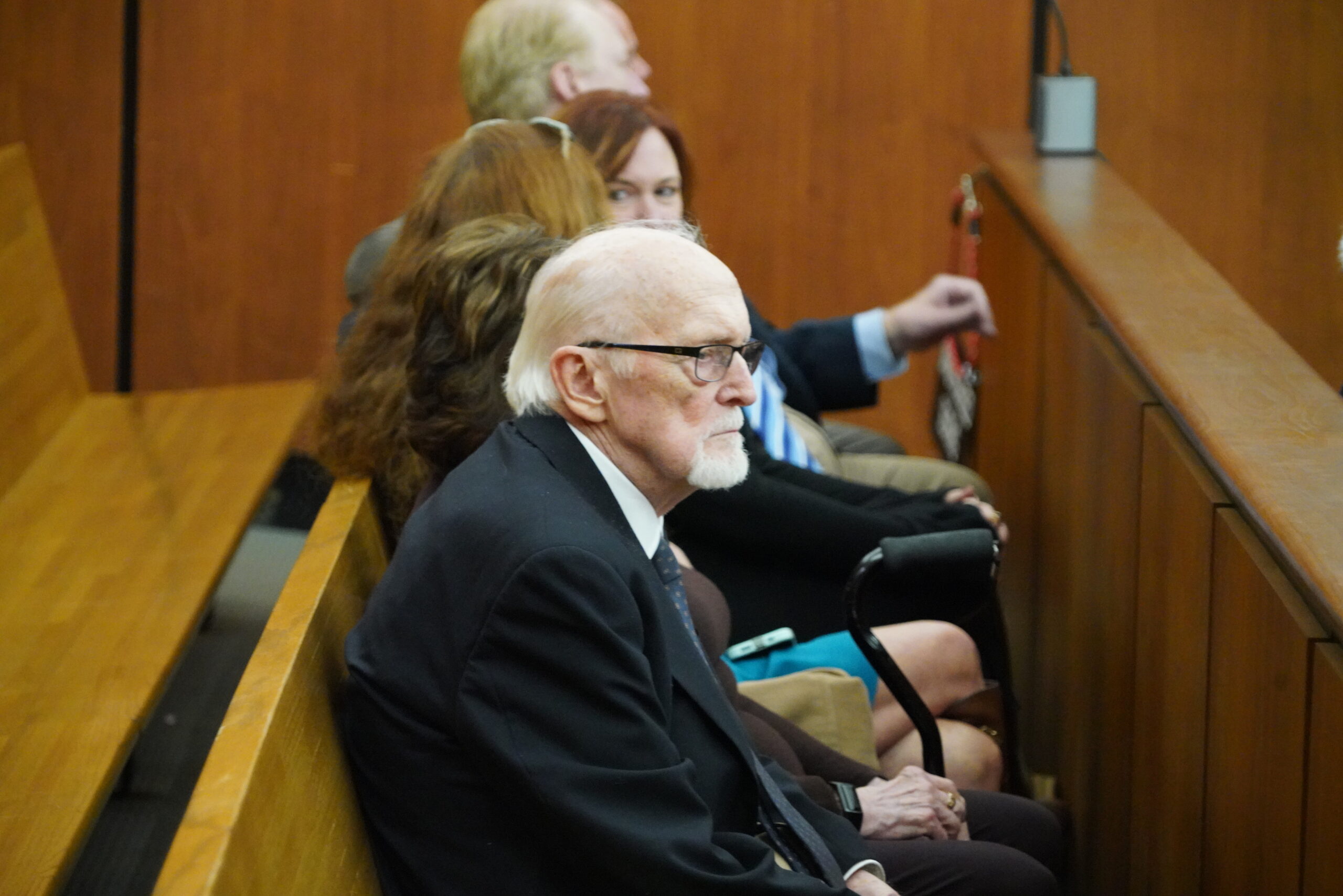 The man who ran the most dominant political consulting firm South Carolina has ever seen – prior to his stunning fall from from grace, that is – appeared in court on Friday for a long-awaited hearing tied to allegations that he lied to investigators and obstructed justice in connection with a public corruption investigation linked to his political empire.

Richard Quinn, 77, was accompanied by his family – leaning on a cane and on his wife’s arm – as he slowly made his way into the Richland County courthouse on Friday morning.

Quinn’s hearing was held before Carmen Mullen – a Lowcountry circuit court judge who has become embroiled in numerous scandals in recent years. In fact, Mullen is reportedly among the targets of an ongoing public corruption investigation tied to the ‘Murdaugh Murders’ crime and corruption saga.

Ironically, a hearing for accused killer/ disbarred lawyer Alex Murdaugh was held in the same courthouse on the same day as the Quinn hearing – in an adjacent courtroom.

The investigation at the heart of this hearing, known as “ProbeGate,” revolved around the political empire of Quinn, a “Republican” strategist who amassed unrivaled power and unprecedented influence in the Palmetto State. Well … prior to his stable of pay-to-play politicians becoming the central focus of an investigation into them peddling their influence on behalf of wealthy special interests.

These days, the extent of Quinn’s influence is a closely guarded secret …

Unfortunately, none of those corporate entities were ever held accountable … and the elder Quinn escaped the dragnet with a slap on the wrist. Initially, anyway.

In April 2019, Quinn Sr. was charged with perjury and obstruction of justice in connection with the ProbeGate investigation after he allegedly lied to grand jurors about his role in the scandal. His indictment came just two weeks after my news outlet exclusively reported that he had fallen into a possible “perjury trap” during his April 2018 testimony before a statewide grand jury.

Specifically, Quinn is accused of lying to the grand jury about payments and kickbacks made to multiple politicians in his former network – and about money his son received from his consulting firm. He is also accused of lying about political work he performed for elected officials during the course of the investigation – including work for S.C. attorney general Alan Wilson.

S.C. first circuit solicitor David Pascoe was originally responsible for overseeing the criminal cases against the “Quinndom,” but in March 2021 the attorney general referred all remaining criminal cases connected to ProbeGate to S.C. seventh circuit solicitor Barry Barnette. That referral followed a supreme court ruling over disputed prosecutorial powers in the investigation.

Quinn Sr.’s attorney, Cindy Crick, argued the indictments leveled against her client last May were “corrupt.” Her rationale? That the supreme court found Pascoe was unauthorized to prosecute Quinn Sr. at the time they were issued.

(Via: FITSNews/ Will Folks)

Crick (above) also argued Pascoe was not statutorily authorized to bring Quinn in front of the statewide grand jury – referring to his appearance there as an “unauthorized action” as well as a “due process violation.”

“There is no way to fix it,” Crick said. “It cannot be fixed. (The indictment) should be quashed. If we allow a trial to go forward on the basis of testimony that was obtained in violation of a plea deal – by a prosecutor who lacked the authority to bring the charges – then God help us.”

Crick further argued Quinn was immune from prosecution given an agreement reached with Pascoe to provide testimony against other targets of the investigation. This broad agreement was cited in detail by Crick, who expressed incredulity that Pascoe would have extended such a far-ranging offer to Quinn.

“It’s crazy – it is hard to wrap your mind around but that’s what he agreed to,” Crick said.

Barnette responded his office had been empowered with “full prosecutorial discretion” in this case by Wilson.

“In our discretion, we went back before the grand jury,” Barnette said, referring to the charges he re-filed against Quinn last spring.

“He knew what he was agreeing to,” Barnette said, referring to Quinn’s plea agreement with Pascoe. “Perjury is still perjury.”

Mullen (above) referred to Pascoe’s investigation as an “unbridled check with no oversight” – citing a January 2021 state supreme court decision which concluded the first circuit solicitor lacked the prosecutorial authority to pursue certain ProbeGate indictments.

The decision in South Carolina v. Harrison (.pdf) is what prompted Wilson’s decision to tap Barnette as the new special prosecutor – a move endorsed by Pascoe.

“I asked attorney general Alan Wilson to appoint another prosecutor to the pending cases,” Pascoe told me. “Alan appointed a phenomenal prosecutor in solicitor Barry Barnette. Solicitor Barnette reviewed the cases independently and decided to re-indict (Quinn). I have the utmost confidence that solicitor Barnette will do a fantastic job representing the state.”

Pascoe reiterated Barnette’s argument that Quinn’s alleged perjury had nothing to do with the constitutional debate over his prosecutorial authority.

“You cannot be immune from perjury,” Pascoe said. “People get ‘immunity’ to testify all the time. And they get indicted for perjury if they lie.”


Pascoe also referred back to his statements before the court during the heyday of ProbeGate in which he told Quinn, Sr. that failure to testify truthfully before the grand jury would result in his indictment and prosecution on perjury charges.

“If Mr. Quinn lies to the grand jury, he will be indicted for perjury,” Pascoe said at a December 2017 hearing tied to this case.

Mullen seemed to acknowledge these points – although she framed the issue as one of dueling obligations under the law.

Crick’s response? That in a case of competing liberties, the judge should defer to the rights of the accused.

Mullen said she would take the matter under advisement and issue a ruling “sooner rather than later.”

Obviously, count on this news outlet to keep our audience in the loop as to her decision …