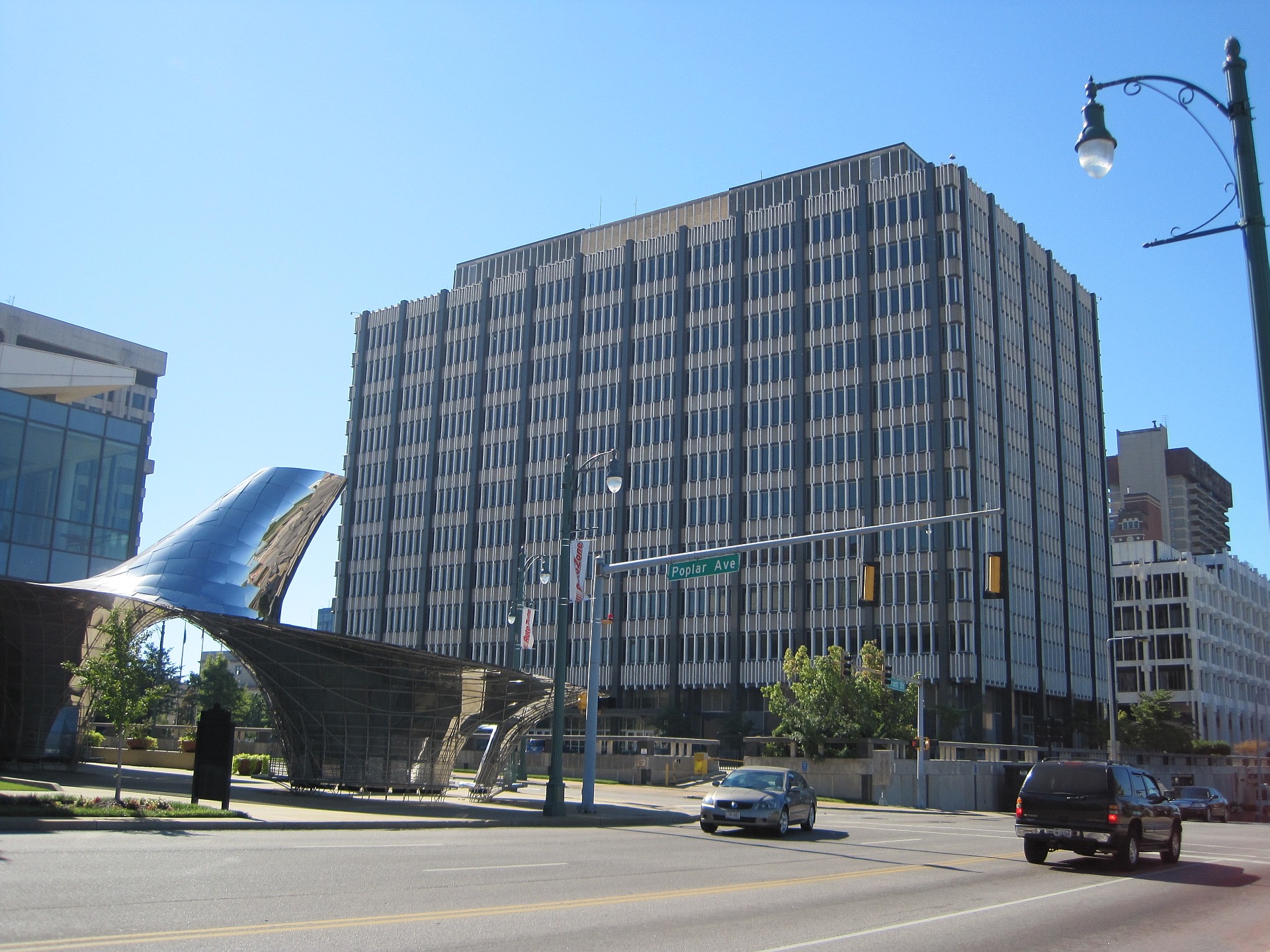 As I previously reported, this is just the beginning of the metastasis – as additional federal lawsuits are planned for Georgia, Florida, North Carolina and Maryland.

And perhaps other states …

Tuesday’s lawsuit was filed in Memphis by attorneys with the Columbia, S.C.-based Strom Law firm – along with their co-counsel, Tennessee state representative John Ray Clemmons.

“This lawsuit makes it clear that we’re not talking about some isolated incident in South Carolina,” said Strom attorney Bakari Sellers. “This is a nationwide epidemic of abuse that infects all of competitive cheerleading enabled and concealed by Varsity Spirit, the U.S. All Star Federation (USASF) and Bain Capital.”

The Tennessee suit was filed on behalf of an anonymous Mary Doe – the mother of one of two John Does who are also listed as plaintiffs.

“This happened to my son,” Mary Doe told me. “They knew. They covered it up. They need to be held accountable.”

As evidenced by Sellers’ comment, many of the defendants named in the latest lawsuit have already become household names as this scandal continues to escalate.

According to the filing (.pdf), three affiliations of Varsity – the Memphis-based company that’s made billions of dollars selling cheerleading apparel and organizing cheerleading and dance camps/ competitions across the country – are named a defendants. So is Jeff Webb, Varsity’s founder and former owner, along with two companies which purchased ownership interests in Varsity within the last decade – Charlesbank Capital Partners and Bain Capital, the Boston-based investment firm co-founded by U.S. senator Mitt Romney.

The suit also named the U.S. All Star Federation (USASF) the USA Federation of Sport Cheering (a.k.a. USA Cheer) – two nonprofit entities which purportedly regulate competitive cheerleading and protect cheer athletes. As our audience is well aware, though, both of these nonprofits have long been accused of being “nothing more than fronts for the corporate entities profiting from their lax oversight – both financially and in terms of the widespread sexual exploitation of minors.”

Like the amended South Carolina lawsuit filed on September 15, the first Tennessee complaint also alleges the defendants engaged in “a civil conspiracy in violation of the Racketeer Influenced and Corrupt Organization (RICO) act.”

In other words, attorneys believe they can prove the existence of a “criminal enterprise” in which defendants collaboratively engaged in “a pattern of racketeering activity.”

“Defendants established a competitive environment soliciting young athletes to cross state lines with minimal parental or adult supervision to converge at prescheduled locations where these athletes were then exposed to drugs, alcohol, and predatory conduct by adults, including coaches choreographers, and music producers, all while publicly representing that (they) provided a culture of safety in the sport,” the suit alleged.

The Tennessee case is unique, though. Not only does it implicate new defendants in alleged criminal conduct – it provides a direct link to the alleged sexual abuse and the Varsity empire which has sought to distance itself from similar allegations.

“This is big and it’s getting bigger,” Strom lawyer Alexanda Benevento said. “Our clients deserve justice and we’re going to make sure they get it.”

New to this suit? Premier Athletics, a Knoxville, Tennessee-based company which teaches gymnastics, cheerleading and tumbling to children. Premier Athletics has facilities in Tennessee, Kentucky and Michigan, according to its website.

According to the lawsuit, this company – through its manager Susan Traylor – “allowed a coach and athlete … to emotionally, physically, and sexually exploit and abuse Premier’s young athletes.”

Both Traylor and Dominick “Nick” Frizzell – the Premier coach and former athlete accused of perpetrating this abuse – are named as defendants in the case.

The suit claimed that in May or June of 2022, Premier and Traylor received reports that Frizzell, 22, had “engaged in sexual misconduct with some of (Premier’s) minor athletes.” Shortly thereafter, one of these minor athletes “directly reported” multiple alleged sexual solicitation attempts by Frizzell to USASF and to local law enforcement, specifically the office of Knox County sheriff Tom Spangler.

Despite these reports, Frizzell was “allowed to continue accessing Premier Athletics’ gym,” the lawsuit noted.

USASF’s response to these reports? Frizzell (above) was placed on its “temporarily ineligible” list – although according to the lawsuit he “continued to engage in private lessons with minor athletics on Premier Athletics’ premises.”

Not only that, “despite multiple reports of sexual misconduct with minors, Frizzell continued to conduct camps with minor athletes, including upon Premier Athletics’ premises” as recently as this month, according to the lawsuit.

Sound familiar? This certainly appears to be another example of the exploitation of key loopholes within the cheerleading industry’s so-called “enforcement” mechanisms – one also allegedly exploited by Scott Foster as he preyed on multiple minor victims, according to the South Carolina lawsuit.

Another key claim made in the new lawsuit? That it purportedly took USASF “months” to notify Mary Doe of the abuse allegedly perpetrated against her then-14-year-old son.

“Months after first becoming aware of potential abuse against one of its minor athletes, USASF finally contacted Mary Doe,” the lawsuit alleged.

As for Premier, the gym “never contacted” Mary Doe on behalf of her minor child, according to the suit.

“People need to understand how bad it was and how dangerous it is that Premier covered it all up,” Mary Doe said.

Frizzell (above) is a cheerleader for the University of Tennessee (UT). As of the publication of this story, his bio still appears on the school’s athletics department website – an ongoing affiliation which could figure prominently in future legal actions, I am told.

“What did UT know and when did they know it?” Sellers said Tuesday.

As for Mary Doe, she blasted UT and its cheer program for alleged being complicit in the scandal – citing a link between the program and Premier.

“It’s just completely maddening to me because one of the directors at Premier is the head coach for University of Tennessee cheer,” she said.

That is a reference to Chelsea Bowlin, the head cheer coach at UT.

“Nick had still been going into Premier and practicing as a University of Tennessee cheerleader,” Mary Doe continued. “He is representing the University of Tennessee out, you know, in a huge venue and cheering and they did not even bench him. He still hadn’t been kicked off the team. They didn’t even bench him until they knew that we were raising hell.”

Neither Bowlin nor UT were named in the initial Tennessee-based complaint, however attorneys said there is a possibility they could be named in an amended complaint – or as part of a separate action.

“We are going to go through discovery process and see what we find,” Sellers told me. “We can’t rule anything out.”

While UT was not named as a defendant, the new federal suit referenced how the school contracted with Premier for “coaching services such as those provided by Frizzell” at the gym’s Knoxville campus.

Premier is not stranger to scandal. Last January, police in Franklin, Tennessee discovered a GoPro camera hidden inside a girls’ restroom and changing area at one of its facilities. That camera was later linked to an employee who was criminally charged after police uncovered dozens of images of child athletes changing clothes.

“The abuse is real – that’s not a question,” said Kimberly Archie, a cheer safety advocate who has taken a firm stand in support of the alleged victims in this case. “How will laws, judges and courtrooms filter this? Our laws are so weak for kids. Animals have better protection sometimes.”

In his response to the South Carolina-based lawsuit involving Rockstar Cheer, Varsity founder Jeff Webb – through his New York-based spokesman, Stephen Francy – issued a statement denying “all accusations” and referring to any claim that he engaged in a conspiracy or was aware of sexual misconduct by others as “spurious and defamatory.”

In seeking to distance himself from the defendants in the South Carolina case, Webb made clear to point out he had no involvement in the decisions or operations of the Palmetto State-based gyms.

Specifically, he referred to Rockstar and other gyms where alleged abuse occurred or was facilitated as “privately owned entities … operated by individual business owners.”

“Mr. Webb has never had any management or operating authority whatsoever over privately owned gym companies like Rock Star or their owners, coaches, and employees,” the statement noted.

In the Tennessee case, however,  Premier was “under the control and putative authority” of Varsity after the former was acquired by the latter “in or around 2005.”

According to attorneys, that ownership interest puts Varsity on the hook for damages beyond those due to defendants given its failed oversight of the industry.

This news outlet has reached out to Frizzell, Premier, Varsity and the University of Tennessee. As we receive responses, this story will be updated.

To read the filing in its entirety, download the document below …