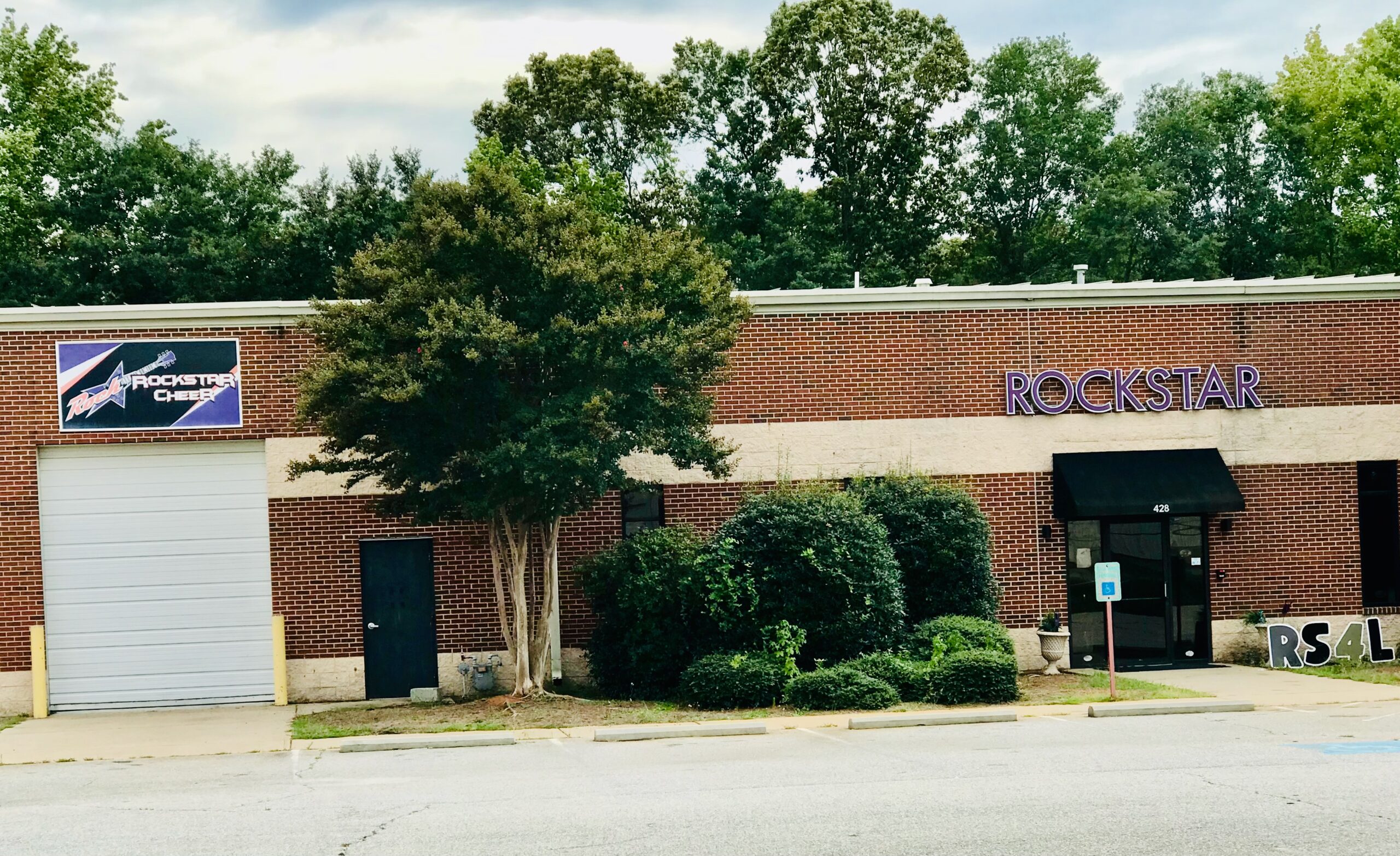 In case you missed our big report on the latest ramp up of the Rockstar Cheer scandal (or our ‘Week in Review’ episode devoted to it) … this story keeps escalating. Not only are there additional alleged victims/ survivors of sexual abuse tied to this ongoing criminal investigation, but the list of defendants in a Rockstar-related federal lawsuit filed earlier this month in Greenville, South Carolina keeps expanding.

Meanwhile, the ongoing and systemic failure of the cheer industry to hold its lengthening list of bad actors accountable is becoming increasingly evident … and egregious.

Of course it’s much worse than that …

A culture that is targeting our children …

As we continue our investigation into Rockstar, one component of the story which warrants immediate attention relates to the so-called “self-policing” arm of the cheer industry.

For starters: Of the six new cheer coach defendants listed in the updated federal lawsuit – all of whom have ties to the late Scott Foster and his Rockstar gym – only one of them appeared on the current iteration of the “ineligible list” maintained by the U.S. All Star Federation (USASF) and USA Cheer.

USASF and USA Cheer purportedly exist to promote the safety of cheerleading athletes … but they appear to do little more than provide cover for abusers while giving the appearance of accountability. Why the duplicity? According to the federal lawsuit – filed by attorneys with the Columbia, S.C.-based Strom Law firm – the objective of this “conspiracy” is to keep profits flowing into the coffers of Varsity, a Tennessee-based company which has made billions of dollars selling cheerleading clothing and organizing cheerleading and dance camps/ competitions across the country.

The USASF/ USA Cheer ineligible list – which you can view here – is intended to keep track of those within the industry who are charged with (or convicted of) crimes, as well as those who have engaged in “any conduct inconsistent with USA Cheer rules, policies or standards” or “any action of misconduct … determined to not serve the (sport’s) best interests.”

Such broad enforcement language gives USASF and USA Cheer wide latitude when it comes to holding coaches and other industry professionals accountable for their actions. Unfortunately, neither entity appears to be even remotely interested in exercising this accountability.

Defendant Christopher Hinton – who was accused in the amended federal complaint of forcing an unnamed fourteen-year-old cheerleader to perform oral sex on him while he was in his mid-twenties – was the only one of the new named defendants whose name appeared on the USASF/ USA Cheer ineligible list. Several years ago, Hinton was listed as permanently ineligible due to a “member policy violation related to athlete protection.”

Has that stopped him from having access to gyms (and the children who train inside them)?

It doesn’t appear so …

If this sounds familiar, it should.

In an expansive national report for Sportico earlier this month – one of the first mainstream media treatments of this scandal – reporter Daniel Libit quoted a former Varsity executive named Marlene Cota who raised “concerns about (Scott) Foster” to company leaders in late 2017.

According to Cota, nothing of substance was done with these concerns because “Scott Foster and Rock Star Cheer is a multimillion-dollar customer” and “sanctions against him would have potentially hurt profits.”

In January of 2018, though, Foster was “found guilty of violating numerous provisions of (USASF/ USA Cheer) codes of conduct” and given an “appropriate” suspension, according to a Varsity spokeswoman. Specifically, he was supposed to have been “ineligible” to participate in cheer events for three consecutive seasons (from 2017-2018 through 2019-2020).

As I noted earlier this month, though, the judgment against him appears to have been a “suspension in name only.”

This news outlet has been provided with numerous images of Foster (above) backstage with cheerleaders at various regional and national competitions during the three-year period he was supposed to have been suspended.

“It was a joke,” one Rockstar parent told me, referring to Foster’s suspension.

Sadly, the “joke” was far more substantive than the consequences faced by many of his “protégés” who stand accused of committing similar acts of sexual misconduct.

None of the other five cheer coaches named as defendants in the amended lawsuit – Kenny Feeley, Nathan Alan Plank, Josh Guyton, Traevon Black and Peter Holley – were on the USASF/ USA Cheer ineligible list as of the date the pleading was filed (September 15, 2022).

Nor are they on the list as of this writing …

Nor, for that matter, was Foster on the list at the time of his death by suicide on August 22, 2022.

The day after Foster’s suicide hit the news, I reported the 49-year-old coach was staring down “a multi-jurisdictional investigation into (among other things) allegations of sexual misconduct with underage girls.”

This ongoing investigation is being led by the U.S. Department of Homeland Security (DHS)’s special investigations unit (HSI) – with support from the Greenville County sheriff’s office. According to my law enforcement sources, additional investigatory resources are being engaged in other states – and additional resources within the state of South Carolina should be brought to bear on this inquiry very soon.

Like the Rockstar civil lawsuit – which is expected to include filings in Georgia, Florida, Maryland, North Carolina and Tennessee (among other states) – the criminal investigation is nationwide in scope, according to my law enforcement sources.

Criminal charges have yet to be filed, but if the graphic allegations contained in the civil lawsuit are accurate … such charges are likely coming.

Foster’s suicide has exposed an epidemic of sexual abuse within the cheerleading industry. According to the lawsuit filed by Strom attorneys Bakari Sellers, Jessica Fickling and Alexanda Benevento, adult coaches have lured children away from their parents and guardians en masse – ushering them into a “factory of abuse.”

Once away from prying eyes, these coaches stalked their prey, groomed them, harassed them, plied them with drugs and alcohol and sexually assaulted them – all while reaping tidy profits from a business which can cost parents upwards of $10,000 per year, per child.

Even worse? Once these young cheerleaders were sexually assaulted, many coaches (and their industry enablers) conspired to silence them and their families – threatening to blacklist them from gyms, teams and competitions.

Sadly, many parents bowed to the pressure. Other parents knew or suspected what was happening … and just didn’t care. Most incredulously, I have heard of a handful of cases in which certain parents allegedly participated in the depravity – gratifying the sexual urges of these coaches in order to advance their children’s “careers.”

Some cheer moms have even encouraged their children to gratify the coaches’ sexual urges in the hopes of facilitating career advancement, I am told.

Thankfully, a growing number of courageous cheerleaders, parents and advocates – people whom I believe represent the vast majority of industry participants – are stepping forward and demanding change. And accountability.

One reform they hope to see enacted? Closing loopholes like the one that allowed Foster to continue his alleged predatory behavior even though he was technically “suspended” from coaching.

Another loophole in need of addressing? One which reform advocates contend is allowing non-USASF certified trainers like Feeley (above) to skirt its regulations and coach in gyms without facing the same level of scrutiny as certified coaches.

Feeley is not certified by USASF “but he’s in gyms all over the country working,” one cheer advocate told me.

Indeed, the federal lawsuit accused Feeley of raping a 16-year-old cheerleader at a “secondary location” following a special “training session” at Rockstar gym.

Foster allegedly set up the training session, and reportedly received kickbacks from Feeley for such referrals.

Feeley’s presence in these gyms – and the presence of other uncertified instructors – should be easy to address. After all, according to USASF’s own 2022-2023 code of conduct and compliance, gym owners must “disclose those adult participants in their facility that are not members of the USASF to the parent(s)/ legal guardian(s) of athletes.”

Is that happening, though?


And speaking of disclosure, what about those under the microscope of the federal lawsuit? And HSI investigation?

Will their names be added to the “ineligible list?”

“USASF (and) USA Cheer are failing to put their own people on the list,” one frustrated source familiar with industry policies told me last week. “(They) should all be on the list per their own policy.”

Specific questions were also raised about Varsity founder Jeff Webb – who according to the federal lawsuit was “at the forefront of the conception and execution of the alleged unlawful conspiracy.”

“He’s not coaching,” one cheer mom told me, referring to Webb. “But should he be allowed to go in a gym while he’s being investigated? He’s the head of the International Cheer Union. You know he must be around cheerleaders.”

Stay tuned for much more on Webb in our future coverage …