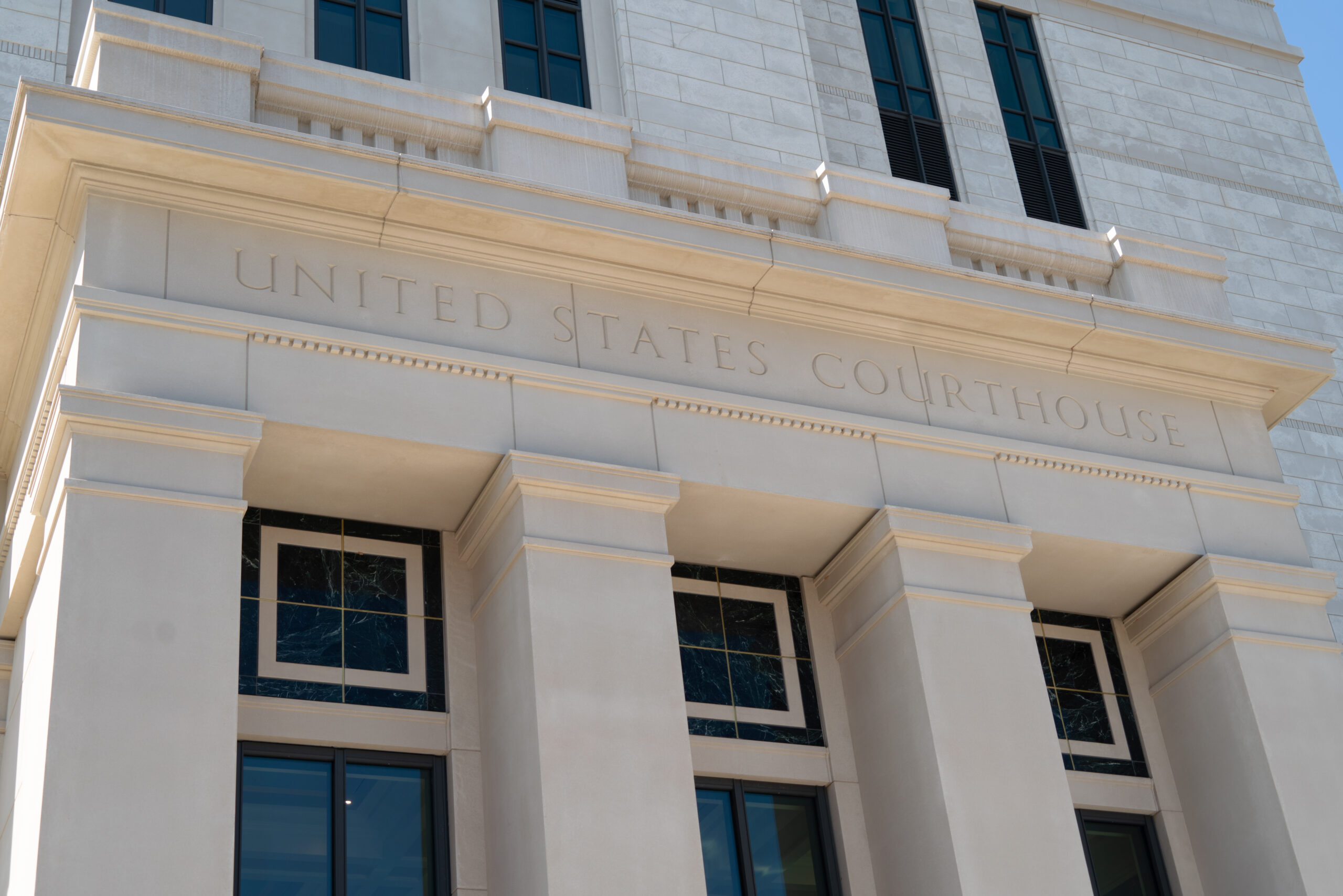 Two weeks after filing their original complaint in connection with the rapidly expanding Rockstar Cheer scandal, attorneys with the Columbia, South Carolina-based Strom Law firm have submitted an amended pleading in U.S. district court in Greenville, S.C. – a document which significantly expands the scope of this still-unspooling scandal.

The latest court filing in this high-profile case – submitted on Thursday evening – included new unnamed plaintiffs and a host of new named defendants. If also added a significant new wrinkle to the alleged corporate corruption which attorneys assert has been mainlining sexual abuse within the cheerleading industry in the United States for years.

Specifically, the updated filing (.pdf) accused the growing list of Rockstar-linked defendants of engaging in “a civil conspiracy in violation of the Racketeer Influenced and Corrupt Organization (RICO) act.”

That’s right … this is officially a RICO case, meaning in addition to the allegations against multiple defendants who stand accused of sexually abusing numerous underage male and female cheerleaders, attorneys now believe they can prove the existence of a “criminal enterprise” in which defendants collaboratively engaged in “a pattern of racketeering activity.”

“We wouldn’t have filed it if we didn’t think we could prove it,” attorney Jessica Fickling told me on Thursday.

And again, all of this is just the beginning of this story …

According to Strom Law attorney Bakari Sellers (above), additional lawsuits emanating from the Rockstar Cheer scandal are headed for federal courthouses in Georgia, Florida, North Carolina, Tennessee and Maryland.

Civil actions have been filed at the state level, too … and more are on the way, according to attorneys familiar with the scandal.

In addition to these civil lawsuits, there is an ongoing criminal investigation into Foster, Rockstar Cheer and other alleged abusers being led by the U.S. Department of Homeland Security (DHS)’s special investigations unit (HSI) – with support from the Greenville County sheriff’s office. According to my law enforcement sources, additional investigatory resources within the state of South Carolina are likely to be brought to bear on this inquiry very soon.

The HSI probe had been underway for approximately six weeks when Rockstar gym owner and founder Scott Foster (above) died by suicide at Paris Mountain state park just north of Greenville, S.C. on August 22, 2022.

On the day after his death, this news outlet first reported that the 49-year-old Greenville, S.C. businessman was staring down “a multi-jurisdictional investigation into (among other things) allegations of sexual misconduct with underage girls.”

Foster and others in this industry didn’t just target underage girls, though. Multiple plaintiffs in the federal lawsuit are young men who were allegedly abused as they attempted to advance within the increasingly competitive cheerleading industry.

“The amended lawsuit details the stomach-turning abuse by multiple coaches and includes several instances where athletes were transported across state lines and abused at events sanctioned by Varsity Spirit and the USASF, both of whom have ignored repeated calls to launch a comprehensive investigation into their competitive environment and how this abuse could have occurred,” a statement accompanying the pleading noted.

In the updated lawsuit, Varsity founder Jeff Webb is also named as a defendant.

In fact, the new suit claimed Webb was “at the forefront of the conception and execution of the alleged unlawful conspiracy” which was laid out in jarring detail within its pages.

The original lawsuit further named Bain Capital – the Boston-based investment firm co-founded by U.S. senator Mitt Romney – as a defendant. Bain purchased Varsity in 2018 for an estimated $2.8 billion from Charlesbank Capital Partners, another defendant named in the initial version of the lawsuit.

The first version of the lawsuit also named U.S. All Star Federation (USASF) – a nonprofit entity ostensibly responsible for implementing “fair and consistent rules and competition standards” in the cheer industry and “providing the safest possible environment for cheer and dance athletes to train and compete.”

In the updated filing, another so-called oversight agency – the USA Federation of Sport Cheering (a.k.a. USA Cheer) – is added as a defendant. USA Cheer bills itself as the “national governing body” for cheerleading and “exists to serve the cheer community.” It lists its primary objective as “promoting safety and safety education for cheer in the United States.”

However, both of these nonprofits have long been accused of being “nothing more than fronts for the corporate entities profiting from their lax oversight – both financially and in terms of the widespread sexual exploitation of minors.”

The updated lawsuit also named multiple cheerleading coaches associated with Foster as defendants – accusing them of engaging in the sexual abuse of both male and female underage cheerleaders.

One of these coaches, Kenny Feeley – a Foster protégé – is accused of raping an unnamed female plaintiff.

According to the lawsuit, Feeley “climbed into bed with (the underage female) and groped and fondled her, and digitally penetrated her” on one occasion. On another occasion – after Foster arranged for the same underage cheerleader to receive a “private lesson” from Feeley – he allegedly “gave her alcohol and marijuana” prior to transporting her to a secondary location, “where he raped her,” according to the lawsuit.

In addition to the specific allegations against him contained in the lawsuit, several sources in the cheer industry have told us Feeley (above) is referred to by many cheerleaders as “Touchy Feeley,” a reference to his alleged habit of excessive handsiness.

Foster and Feeley both graduated from the University of Louisville, where they were cheerleaders. They also both coached at Carolina All Stars, another Greenville-based gym.

According to the lawsuit, Foster was aware of the alleged rape and would even “comment on (it)” while the underage female cheerleader on the receiving end of the alleged sexual assault trained at the gym.

Foster allegedly “did nothing to report the rape,” the lawsuit alleged.

Feeley is still active in the cheer industry as the founder and owner of Spring CDT, a United States based international instructional cheerleading company which focuses on scholastic, collegiate and all-star cheerleading.

Like Foster’s Rockstar gym did, Feeley’s “cheering empire … supplies Defendant Varsity with significant revenue streams by way of athletes, competition fees, uniforms, merchandise, and other fees,” according to the lawsuit.

The underage female cheerleader was “only thirteen years old at the time (Plank) sent the photos and videos,” the lawsuit noted.

The same underage cheerleader – identified only as “Jane Doe 7” – was also forced to perform oral sex on Hinton when she was only fourteen years old, according to the lawsuit.

The girl did not initially report either incident because she was “worried that coaches at Rockstar would target (her) younger sister, who was also an athlete” at the facility. She eventually told her mother, however, who reported the alleged abuse to the Greenville sheriff’s office, USASF and Varsity.

According to the lawsuit, these complaints were “dismissed as an attempt to manipulate her daughter’s position on the cheer team and in the gym.” In fact, the girl’s mother was allegedly informed that if she did not like “what she was seeing or experiencing at Rockstar, she could ‘find another gym.’”


“Imagine the courage it takes for a rape survivor to report her abuse,” Fickling said. “And how did Varsity Spirit and the USASF reward that courage? They dismissed her, called her a liar and told her she should find another gym. For the defendants, the almighty dollar was far more valuable than the future of these athletes.”

Of interest? Of the alleged abusers named in the lawsuit, only one – Christopher Hinton – was listed on the USA Cheer/ USASF ineligible list at the time the amended lawsuit was filed.

“We’re talking about serious repeated abuse that was reported to everyone including the Greenville County sheriff’s department,” Sellers added. “For Varsity Spirit, the USASF and Bain Capital, these survivors didn’t matter. Their checks did. They did nothing to stop this abuse then and they’re doing nothing now.”

Industry experts agreed with that assessment, singling out Varsity for its starring role in facilitating this “factory of abuse.”

“Varsity created a cult-like toxic environment that for decades used child athletes for their profit and gain, while leaving a trail of children mentally, physically and sexually abused in their wake,” said Kimberly Archie, founder of the National Cheer Safety Foundation.

Raising The Stakes Of The Alleged Conspiracy …

In addition to providing graphic, “stomach-turning” details of the alleged abuse that took place within the Rockstar program – and naming new defendants tied to the gym – the amended version of the federal complaint upped the ante in terms of the conspiratorial actions allegedly perpetrated by all of the named defendants.

In invoking a civil RICO conspiracy, the Strom attorneys collectively accused the defendants of acting and associating together “for the common purpose of recklessly, intentionally, and willfully endangering the Plaintiffs as minor athletes by exposing them to illegal sexual abuse and exploitation of children while assuring their parents they were particularly safe in order to take their money.”

As for the two financial institutions, the lawsuit claimed they “agreed to facilitate this enterprise by funding its ongoing operation in order to obtain financial benefit of its revenues.”

Specifically, the suit accused the defendants of “engaging in misleading and fraudulent messaging to children and their families, which they knew or should have known was endangering children who were not in a position to discover the danger since defendants were concealing the danger and failing to report it, acting in reckless indifference to the safety of the children in the name of growing profits.”

“We’re looking at abuse that dates back two decades or more all across this nation,” Strom attorney Ally Benevento said. “It’s impossible that Varsity Spirit, the USASF and Bain Capital didn’t know it was happening. We want to give safety back to these athletes and make sure this never happens again.”

This news outlet is also committed to hold those accused of these crimes accountable for their actions. After breaking this story wide open last month, our intrepid researcher – Jenn Wood – has been leading a deep dive into Foster, Rockstar, USASF, Varsity and the broader cheer community. She is also the host of FITSNews’ podcast Cheer Incorporated (listen on Apple or Spotify), which is devoted to amplifying our coverage of the scandal.

Anyone willing to share information related to this saga is encouraged to reach out to Wood at research@fitsnews.com or use our tip line.  However you decide to contact us, this news outlet honors requests for anonymity regarding submissions.