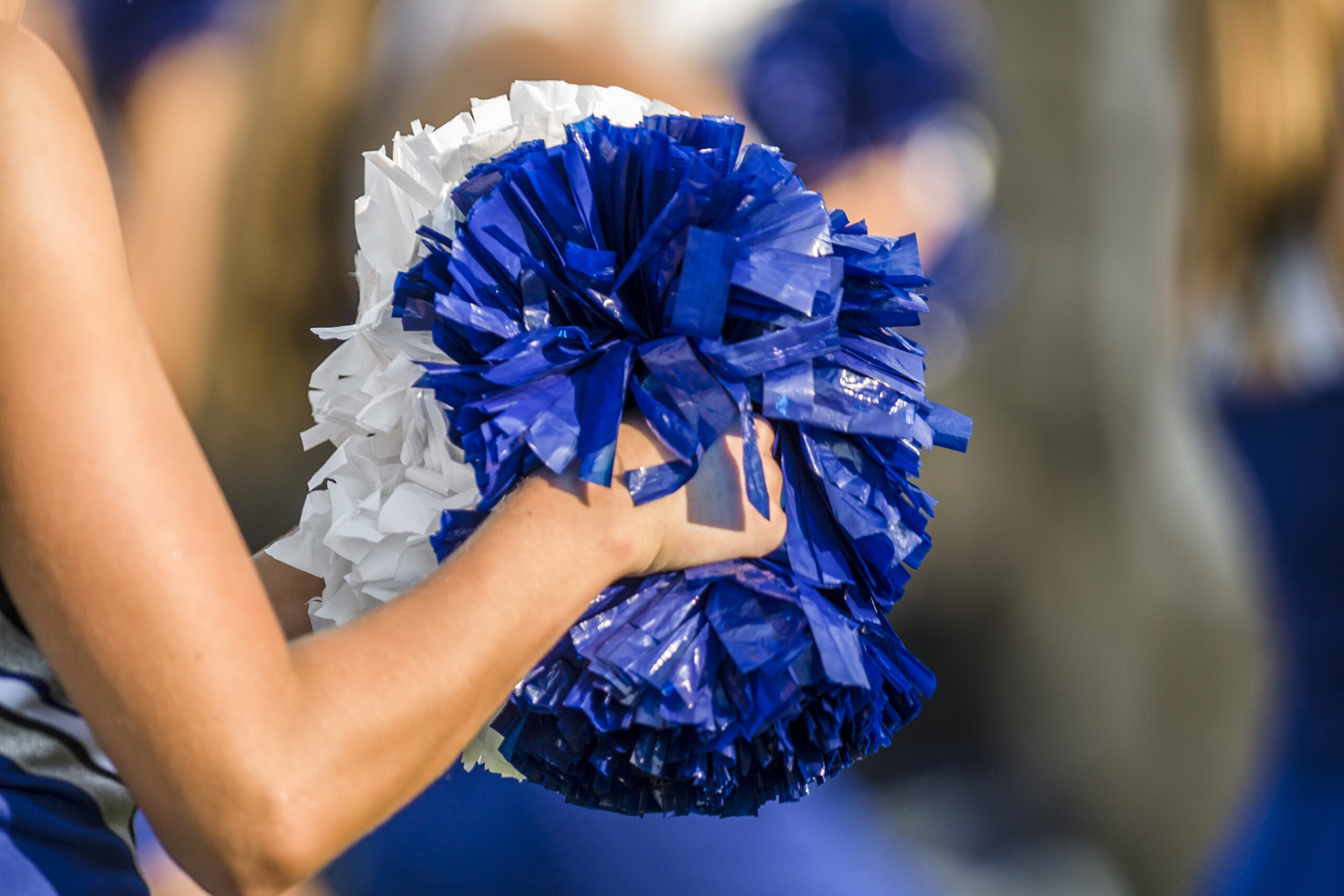 Trigger Warning: This article mentions suicide, child sexual abuse, sexual assault and child pornography. If you are in crisis, please text 9-8-8 to reach a trained counselor 24/7/365.

by KIMBERLY ARCHIE || From the moment it popped up on our smart phones and in our social media feeds that Scott Foster, a well-known cheer gym owner, had died by suicide most people within the cheerleading industry have been consumed by the continuous flow of news.

The amended federal civil complaint courageously filed by seven Jane Does and two John Does on September 15, 2022 has rocked the cheerleading world – not just in the United States, but internationally as well.

These brave survivors have taken over where big corporations have failed time and time again. Despite facing intense judgment from friends, family members and perfect strangers, they are leading this civil rights movement for child athletes in a way I have yet to see happen in the preceding two decades.

They are brave. They are strong. We believe them. And we are listening.

As we watch the death grip Varsity has enjoyed on the purse strings of our industry loosen a little bit with each paragraph of the 76-page federal RICO/ racketeering case, it is difficult for many to wrap their heads around the news – to contemplate how someone most in cheer knew, and many even respected and trusted, has been named in a lawsuit containing graphic depictions of crimes against children.

This is a civil case. But make no mistake, these are crimes against child athletes. Being in civil court does not change that fact.

U.S. code 18 USC 2423 prohibits the transportation of minors over state lines to engage in illicit sexual conduct – just as the lawsuit describes travel to competitions and the sexual abuse that occurred there.

U.S. code 18 USC 2252 prohibits the distribution and receipt of child pornography – also described by victims as texts of nudes, requests for nudes, Snapchat messages or other social media communications.

These are just two of the laws that describe the allegations contained in this federal case. And while we reel as we try to absorb these horrific crimes, we’re bombarded with “official” narcissistic statements from the defendants.

For example, Scott Foster’s widow (and fellow coach and business partner) Kathy Foster had this to say:

“Over the past fifteen years, our incredible athletes have worked hard to build a winning legacy and I will always be extremely proud of each of them. I ask for privacy for my children and for those personally affected during this difficult time.”

Meanwhile, a representative from a public relations firm emailed a statement to reporters on September 21, 2022 on behalf of the family of alleged abuser Kenny Feeley:

“Although we have not yet been formally notified, it has come to our attention that Kenny has been named, among others, in a wide-ranging civil lawsuit alleging a past instance of improper conduct, at some point in his career, by an anonymous individual … we are dismayed and frankly stunned by these accusations, and to be clear, the claim is categorically false.”

Jeff Webb, founder of Varsity Brands and the self-proclaimed “father of cheerleading,” released the following public statement to various media outlets last week after he was named in the amended lawsuit:

“Jeff Webb finds the allegations of Rockstar Cheer heartbreaking. He supports a full and thorough investigation of allegations. He fully stands with the survivors.

Mr. Webb’s forty year career has been committed to making cheer a beneficial experience for the participants, including their health and safety. He has been a leader in creating modern day cheerleading. He has been at the forefront of establishing and promoting the safety rules and standards for all levels of cheer athletes …

… Mr. Webb denies all accusations in the lawsuit and highlights the fact the complaint alleges no facts they engaged in any conspiracy or misconduct. Or that he was aware of any misconduct by others. Any suggestions to the contrary are spurious and defamatory.

The complaint does nothing more than further enforce Mr. Webb’s role in helping create a sport that’s benefitted millions of young athletes. Mr. Webb will be filing a motion to dismiss the meritless lawsuit.”

As the denials pile up, let’s take a look back in recent history and see what convicted pedophiles – and the companies’ and organizations which covered for them – had to say in response to early breaking news stories, during litigation and even after losing civil lawsuits or being criminally convicted.

Jerry Harris, former star of the hit Netflix series Cheer, was convicted in July of this year of coercing teenage boys to send him obscene photos and videos of themselves and soliciting sex from minors at cheerleading competitions. He was sentenced to 12 years in federal prison. Before the trial, though, we saw a flurry of statements made on his behalf by public relations firms.

“We categorically dispute the claims made against Jerry Harris, which are alleged to have occurred when he was a teenager,” a Harris spokesperson told Variety. “We are confident that when the investigation is completed the true facts will be revealed.”

Before being sentenced to sixty years in federal prison on child pornography charges to which he pleaded guilty, former USA Gymnastics’ team doctor Larry Nassar released the following statements to media:

“I was a good doctor because my treatments worked, and those patients that are now speaking out were the same ones that praised and came back over and over, and referred family and friends to see me. The media convinced them that everything I did was wrong and bad. They feel I broke their trust.”

“Hell hath no fury like a woman scorned. It is just a complete nightmare.”

“The stories that are being fabricated to sensationalize this, then the AG would only accept my plea if I said what I did was not medical and was for my own pleasure. They forced me to say that or they were going to trial and not accepting the plea. I wanted to plead no contest, but the AG refused that. I was so manipulated by the AG … all I wanted was to minimize stress to everyone, like I wrote earlier.”

Soon after criminal child sexual abuse allegations were made against Penn State coach Jerry Sandusky, he released the following statement:

“My wife has been my only sex partner, and that was after marriage. Our love continues.”

”A young man who was dramatic, a veteran accuser and always sought attention, started everything. He was joined by a well-orchestrated effort of the media, investigators, the system, Penn State, psychologists, civil attorneys and other accusers. They won.”

Remember the Subway guy, Jared Fogle? You know, the one who lost all that weight and became their spokesperson?

This is what Subway said in 2015 in response to allegations it was alerted to Fogle’s alleged child sex predilections by a former restaurant franchisee named Cindy Mills years before he was arrested – and did nothing.

“As previously stated, we have no record of Cindy Mill’s complaint,” a statement from the company noted. “We are continuing our investigation into this matter.”

Of course, they later admitted they did know about similar allegations against Fogle.

According to The New York Daily News, the company acknowledged it had “not properly escalated” a 2011 complaint from a Florida journalist about Fogle’s behavior around children.

The church continues to show us how NOT to protect children – while putting on a clinic for denying justice to those exploited and abused by trusted adults with great power and access.

One of the earlier pivotal lawsuits by eleven former altar boys against a priest and the Dallas Catholic Diocese reached a $120 million verdict in July 1997. The leader of the Diocese – Bishop Charles V. Grahmann – and other church officials were found to have ignored the victims’ plight, denied any wrongdoing and taken a hard line in the long legal battle.


Shortly after the verdict, though, Grahmann apologized at a service for Rev. Robert Williams, the priest who reported the misconduct involving these children to the diocese in 1991 – and later testified for them at trial.

“I apologize to each one of you immensely,” Grahmann said. “I feel the pain that has been part of their lives over these years. I can only beg them to accept my word. I want them to be healed and all of us to be reconciled with each other.”

According to an extensive study produced by John Jay College for the United States Conference of Catholic Bishops, roughly four percent of priests in the ministry during the study period (1950-2002) were accused of sexual abuse. To date, there are nearly two dozen settlements and/ or verdicts against the Catholic Church on behalf of nearly 2,000 survivors totaling almost $1.3 billion.

Mark Honigsbaum of The Guardian wrote in 2006 that, “despite the National Review Board’s own estimates that there have been some 5,000 abusive priests in the United states, to date 150 have been successfully prosecuted.”

Three years ago, an expansive investigation by The Associated Press revealed “nearly 1,700 priests and other clergy members that the Roman Catholic Church considers credibly accused of child sexual abuse are living under the radar with little to no oversight from religious authorities or law enforcement, decades after the first wave of the church abuse scandal roiled U.S. dioceses.”

“These priests, deacons, monks and lay people now teach middle-school math,” the report noted. “They counsel survivors of sexual assault. They work as nurses and volunteer at nonprofits aimed at helping at-risk kids. They live next to playgrounds and daycare centers. They foster and care for children.”

So do we really believe this scandal will age better for Varsity and Rockstar?

Let’s not be fooled by public relations teams. Let us – as those who want a safer world for our children – support victims, listen to them and be a part of creating an environment where survivors know it’s okay to seek the healing, justice and peace they deserve.

Kimberly Archie is a former cheerleader, coach, and safety official for the NCATA. She founded the National Cheer Safety Foundation in 2008 and has been an expert in more than 50 sports injury lawsuits, including the landmark NFL Concussion case. Her legal work was used to remove headers from soccer for kids ten and under.