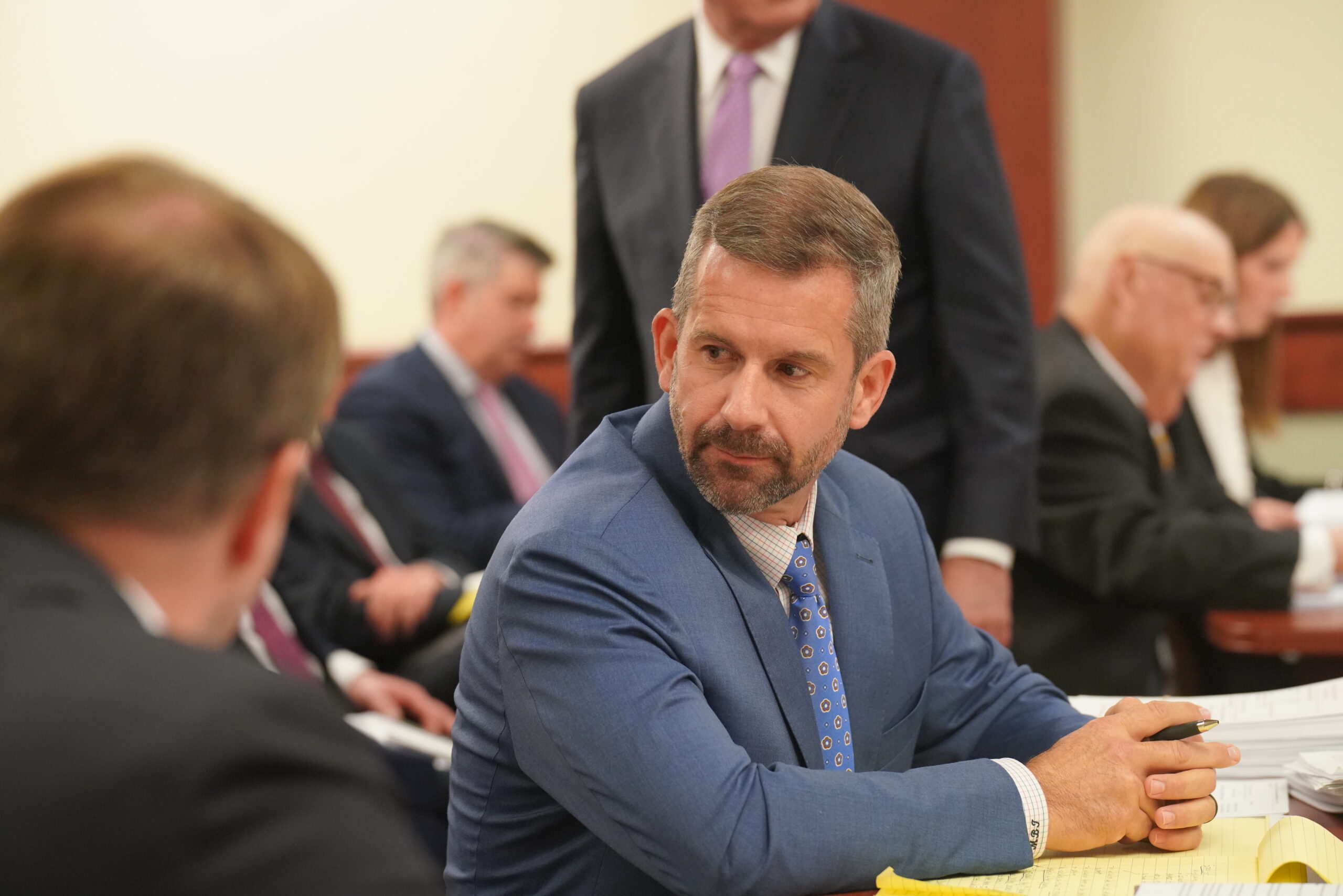 Attorneys for the family of Mallory Beach have filed a motion asking a South Carolina circuit court judge to reconsider his decision to split defendants in their high-profile wrongful death case – challenging his ruling on its legality as well as the fact it would allegedly create an “unfathomable and unnecessary emotional burden” on the family.

They have also vowed to file an appeal in the event the judge sticks with his original decision.

The Beach family’s lead attorney – Mark Tinsley of Allendale, S.C. – wants circuit court judge Daniel Hall to revisit his decision to split defendants in this case, one of the most prominent legal actions linked to the ‘Murdaugh Murders’ crime and corruption saga.

According to Tinsley’s filing, Hall’s decision to sever defendants in this wrongful death lawsuit – which stems from a fatal 2019 boat crash that thrust the Murdaugh family into the statewide limelight – “denies the Beach family substantial rights in this case.”

“The Beach family … happen to be the only victims in this saga,” Tinsley wrote in his order.

In his filing, Tinsley took Hall to task for the logic he employed in bifurcating this case into two separate actions – one against the now-notorious Murdaugh family and another against defendants tied to the infamous Savannah, Georgia convenience store czar Greg Parker.

“During the hearing, the Court suggested a hypothetical scenario in which a jury returns a greater verdict in the second trial against the Murdaugh defendants, suggesting that Parker’s would be responsible for that second verdict even though not a party,” Tinsley wrote. “The answer is no; that is not how joint and several liability works. Parker’s will not, under any circumstances, be bound by the second verdict. Rather, the jury’s pronouncement of actual damages in the first trial will forever determine the amount of actual damages the Beach family can collect. Because of the astronomical net worth of Parker’s, there is likely no verdict that Parker’s cannot satisfy.”

In other words, if the Parker’s case goes first and results in a judgment … the Murdaughs don’t have to pay any actual damages.

“The effect of severing the trials means I will not be able to get a verdict against the Murdaugh estates,” Tinsley told me Tuesday morning.

Originally filed in March of 2019, the “boat crash case” involves multiple prominent defendants – including one who has engaged in an outright jihad in the hopes of absolving himself and his company of any blame for the tragedy.

That jihad has actually spawned a second lawsuit tied to this case – one filed last December which focuses on the unauthorized disclosure of confidential mediation materials by those allegedly in the employ of Parker and his Parker’s Kitchen chain of gas stations.

The other defendants in the boat crash case? Multiple members of the Murdaugh family – which has achieved international notoriety due to the maze of alleged criminality revolving around its influential members, who have occupied positions of power in the Palmetto Lowcountry for over a century.

Both cases stem from a February 24, 2019 crash which killed Beach, a 19-year-old from Hampton, S.C., in the prime of her life – and thrust the now-notorious Murdaughs into the statewide limelight.

The boat allegedly driven by Paul at the time of the crash belonged to none other than Alex Murdaugh, the disbarred 54-year-old attorney who now stands accused of killing both Paul and 52-year-old Maggie Murdaugh, Alex’s wife and Paul’s mother. Incidentally, those murders were committed just three days before Alex Murdaugh was scheduled to appear in court to answer for his failure to turn over financial records to the Beach family attorneys.

Attorneys for Parker and his company have argued that they are being unfairly treated due to the “notoriety” of the Murdaugh family and the unprecedented publicity they have attracted to the wrongful death case.

“It has been unprecedented,” Murdaugh’s lead criminal attorney Dick Harpootlian said during a recent court hearing on the civil case. “It continues to be unprecedented.”

Nonetheless, according to Tinsley that is insufficient reason to split the case in two.


“The court should not find that the ‘notoriety’ surrounding the Murdaugh defendants creates prejudice to Parker’s,” he wrote. “That Parker’s is ‘tethered’ to the Murdaughs is a situation of their own making by illegally selling alcohol to an underage Paul Murdaugh (emphasis original). Parker’s has no one to blame but itself for the situation in which it finds itself.”

Accordingly, Tinsley informed Hall that if his order stood he would “be left with no choice but to appeal,” a process which would “certainly add more delay and expense.”

Tinsley believes the prejudices against his client “can be avoided by the mere delay of this case for a very short period of time.”

Stay tuned … this news outlet will be sure to keep readers updated in the event Hall responds to Tinsley’s latest motion.