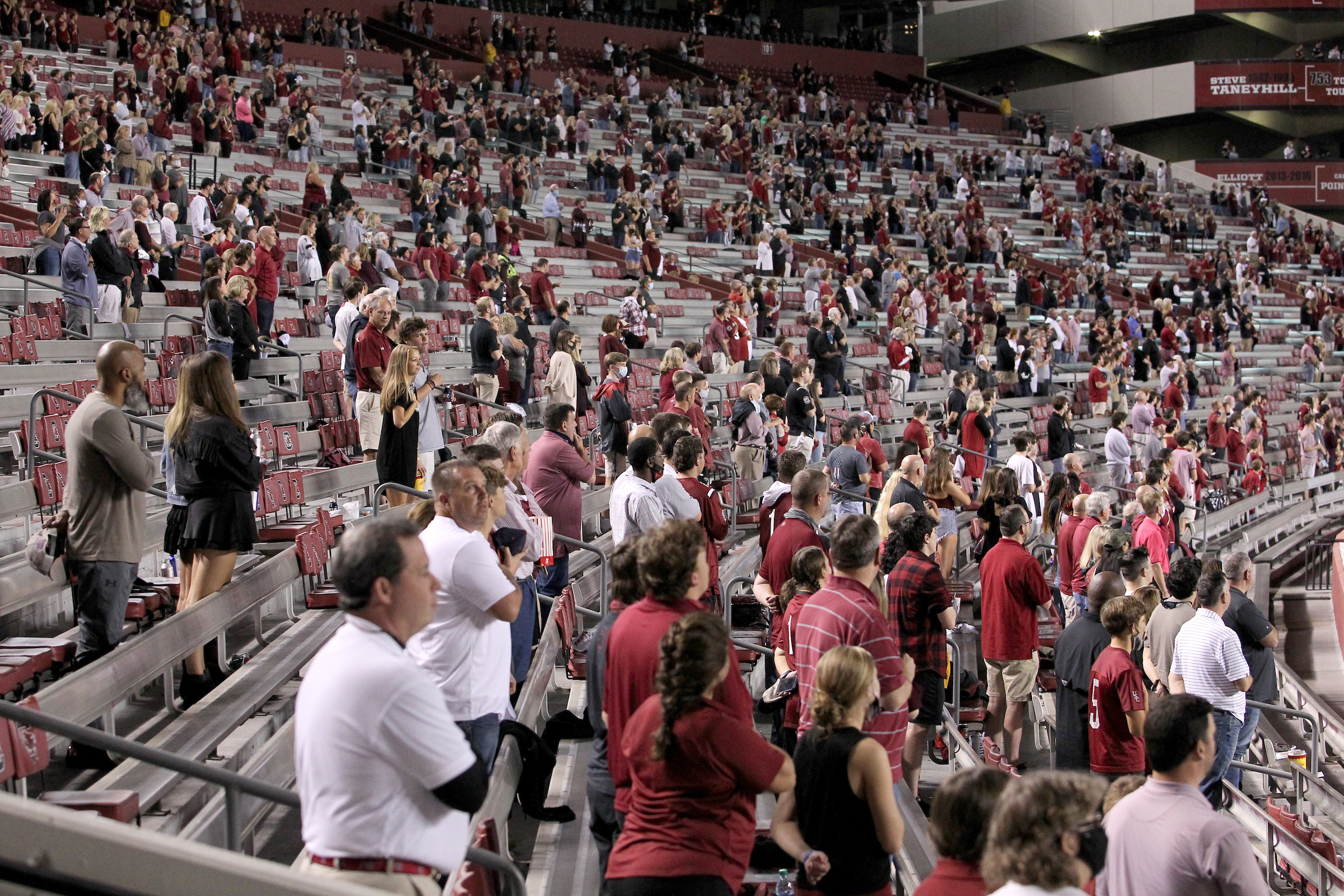 RE: You Think The University of South Carolina Is A Disaster Now?

That article was about as bad as your ugly ass, goofy face and your Clemson redneck sac-sucking breath that you used to recite this ignorant Clemson-fueled rant.

I sure don’t know how your ignorant ass article popped up in my news feed, but you can sure as hell believe that it will be the last time that your uneducated, upstate, redneck-slanted article, that one can only assume that you pleasured yourself while writing this completely negative, homosexual jargon that screams Tiger fan (with y’all’s typically low 60 IQ, and that’s being generous) will be the last!

You must be part of that State newspaper idiot writer clan. The same ones that have lost many many customers over the years from your once-loyal Columbia fan base because of similar gamecock-bashing such as this article.  Here’s a clue: Go and ask Columbia’s once-popular newspaper what the quickest way is to lose subscribers and don’t make those same mistakes. I mean, I assume that you enjoy being a journalist/ writer and want to add and/ or keep subscribers … lol smfh.

You just alienated at least 50 percent of your target crowd by this ridiculous, completely negative, Clemson-slanted article. Are you that much of a buffoon to not realize  exactly what you just did before submitting this article to your joke of a website? You do realize that your job is to gain paying subscribers to keep your POS rinky-dinky, barely having a pulse FITSNews website, or whatever the hell you call yourselves … lol smh.

You’ve definitely lost me, as well as I’m almost positive many others, but how about in the future at least consider presenting your mockery of one of the best fan bases in the nation, and their sports team, with a little more consideration of our beloved Gamecocks when posting another article about one of the most loyal fan bases in the country! Even though what you said has real merit, the way that it is presented is totally irresponsible when your number one job is to gain paying customers.  Before I stop wasting my time commenting on your idiotic and useless gamecock thrashing, let me point you in the right way for your next article; If your POS column still exists afterwards …


How about you report on Clemson’s nonstop cheating and break open the scandal about your fake ass Christian coach, and Newspring fucking evil ass church that funnels payments to their players through said church, and use your position to bash a school and goofy ass coach that fully deserves your journalist attention! Clemson has been cheating for at least, AT LEAST, 50-plus years and Dabo threw Bowden under the bus, back stabbed the hell out of him, and agreed with Clemsons’ Boosters to use a fucking Church of Christ to cheat their way back into national prominence, by funneling money into the pockets of those weak ass players that can still barely read or write after finishing college.

One would think that the glorified high school schedule that y’all play would be enough to get those ignorant fucktards over, but I guess not!  It really goes to show everyone how much of a bunch of pussies the players that y’all get in Tater Town truly are by playing at Tater Tech! However, I guess on one hand those players may be somewhat intelligent because after all, that is the easiest path (Clemson University and the ACC) to take while playing against basically 7-A high school teams in the ACC conference, while padding stats and not really having to worry about injuries with the powderpuffs that y’all play week in and week out!

I’m sure glad that a real man of faith like Tommy Bowden refused to sell his soul by agreeing to cheat by funneling money through the church just to win a fucking football game; and chose to take his firing like a man while keeping his dignity and Christianity!

Tell that little tiny pencil dick Dabo that he will have to meet his maker one day and answer for everything that he has done and is currently doing up there in Shitville!

Oh yeah, and I sure do hope that your children have their mother’s DNA so they don’t turn out as goofy as your dumbass!

Good luck to your little high school like column. I will now block any future nonsense from this website!!

Thanks for your feedback. I, too, hope all of my children inherit their mother’s DNA. She is a saint.

Addressing your specific criticisms, I have two degrees from the University of South Carolina, I have been attending Gamecock football games since the 1974 season (including attending a few games in the womb) and my father spent 43 years teaching at the school – helping build its world-renowned international business programs. I am a Gamecock, but unlike many Gamecocks who have decided to tattoo the words “wait ’till next year” on their foreheads, I refuse to embrace the habitual excusing, perpetuating and incentivizing of failure that has become the modus operandi of this university.

As a recovering addict (15 years clean next month, God willing), I know firsthand you cannot coddle or enable someone with a problem – you have to show them tough love. And hold them accountable for their actions. Insisting upon accountability is my job as a fan – and as a journalist. Especially when it involves an institution receiving tens of millions of taxpayer dollars each year.

Frankly, I am beginning to wonder whether many delusional, self-loathing Gamecocks like yourself should even call themselves “fans” at this point. Captives suffering from Stockholm syndrome seems like a more apt description to me.

Finally, rather than dignifying the profane and sexually explicit portions of your letter with a response, I would merely invite you to reflect on the curious metaphorical congruency that can be found among those who root for the Gamecocks and those who have an affinity for rear entry.

You Think The University Of South Carolina Is A Disaster Now? Wait Until Football Season