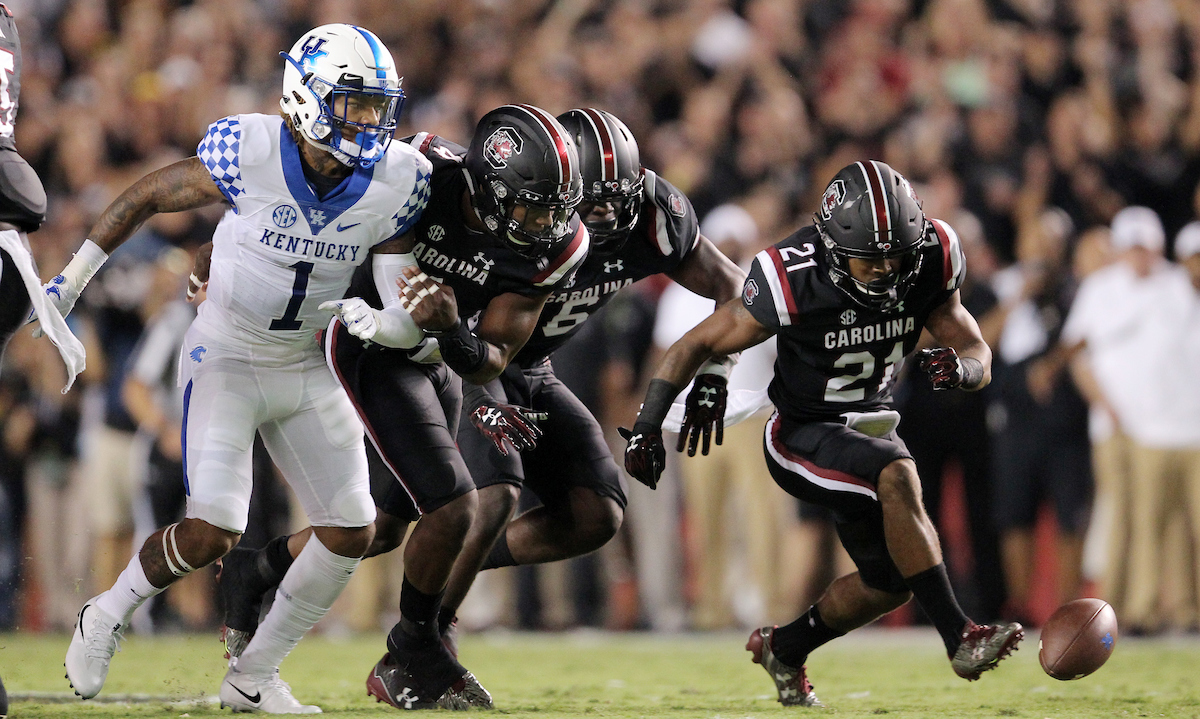 How bad have things gotten for the University of South Carolina and its football program? Not only are the Gamecocks (1-3, 0-2 SEC) losing recruits as a result of their atrocious start to the 2019 season, players are actually bolting the team midseason.

According to Wes Mitchell of Gamecock Central, starting safety Jamyest Williams – one of South Carolina head coach Will Muschamp’s top recruits – has decided to leave the program. Williams, a junior, will enter the NCAA transfer portal and retain a year of eligibility after playing in four or fewer games this season.

He would become a redshirt junior and have two years of eligibility wherever he chooses to play next.

Will he be the last Gamecock to bolt Muschamp’s collapsing program? We shall see …

A 5-foot-8, 180-pound native of Loganville, Georgia, Williams was the No. 76 player in the nation coming out of high school and picked South Carolina over Georgia, Ohio State, Tennessee and Clemson. He played in 23 games during his Gamecock career (including thirteen starts), recording 86 tackles, three interceptions and a fumble recovery. After making the SEC All-Freshman team in 2017 at the cornerback position, he moved to safety in 2018 – however his season was cut short after eight games due to a shoulder injury that required surgery.

Viewed as undersized for his position, it has been suggested that South Carolina’s coaching staff could have made better use of Williams’ talents by deploying him on offense and special teams. Unfortunately, the program’s lack of depth in the defensive secondary compelled Muschamp and his staff to leave him on that side of the ball.

Through four games, South Carolina has allowed 1,162 passing yards – an average of 290 yards per game. That ranks the school No. 116 out of 130 Football Bowl Subdivision (FBS) programs in passing defense. In passing efficiency defense, South Carolina ranks No. 104 out of 130 FBS programs.

Our guess is those atrocious rankings are unlikely to improve with Williams out of the lineup … and with star quarterbacks Jake Fromm of Georgia and Trevor Lawrence of Clemson looming ahead on South Carolina’s schedule.

South Carolina hosts Kentucky on Saturday at Williams-Brice stadium in Columbia, S.C. Kickoff is set for 7:30 p.m. EDT with the SEC Network providing national coverage. After going 13-1 against the Wildcats to begin the new millennium, South Carolina has lost five in a row to Kentucky.

Despite that streak, South Carolina is currently a 2.5-point favorite in Saturday’s game.