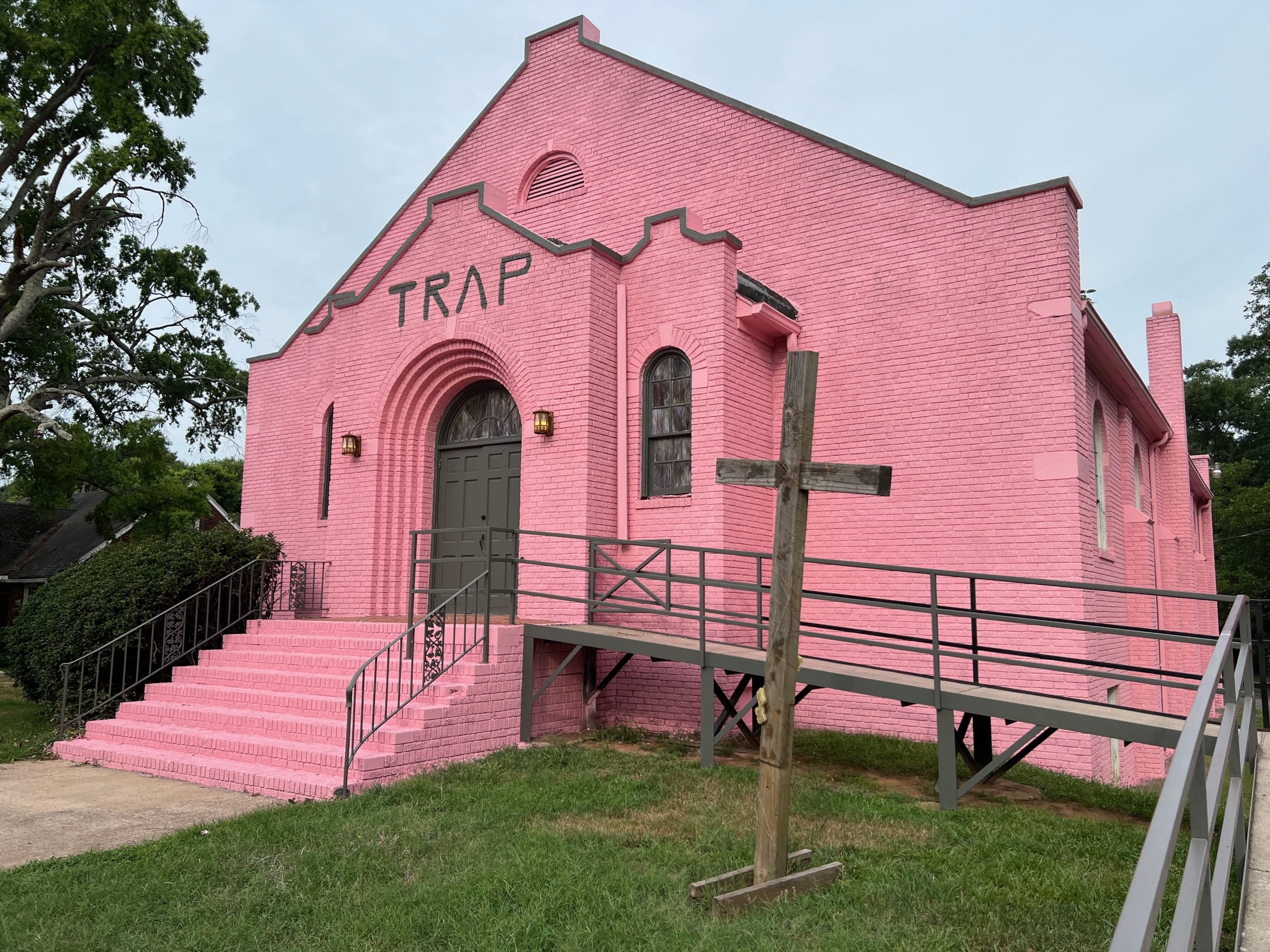 The infamous ‘Trap’ Church in Greenville, South Carolina that was painted hot pink by real estate developer Ron Rallis last month in a bid to draw attention to his estranged wife’s alleged affair with a congressman is up for sale, according to online listings.

The price? A cool $2.5 million – nearly $2.1 million more than Rallis paid for it back in February of this year. Why the quintupling of value? According to one of the listings for the property, it has recently been rezoned “RM-20” – meaning it has been approved to host up to twenty residential units per acre.

At 2.114 total acres, that means the property could be permitted to host as many as 42 multi-family residential units.


That zoning change was approved by Greenville County Council at its May 17, 2022 meeting at the request of councilman Joe Dill.

Located at 825 Woodside Avenue in the hipster West End region of downtown Greenville, the Trap church is the former home of Bibleway Full Gospel Missionary Baptist Church. According to Rallis, he allowed parishioners to continue using the facility rent-free for six months until they were ready to move to their new temporary location.

Rallis’ decision to paint the church pink and model it after the Trap Music Museum in Atlanta, Georgia drew eyeballs – and criticism from the community.

“Passersby slowed and stopped to gawk and snap pictures of the church, which quickly drew a patrol car from the Greenville sheriff’s office as well as a WYFF news crew,” I noted last month.

Local media has followed the story of the church – including a community forum hosted by Rallis seeking input on the disposition of the property.

On the morning the church made its brightly hued debut as a piece of attention-grabbing performance art, its sanctuary hosted an exclusive interview between Rallis and this journalist.

Here is that exchange …

Rallis is the estranged husband of Paula Dhier, a businesswoman/ socialite who is the alleged lover of U.S. congressman William Timmons.

Timmons, incidentally, has been making his own property moves related to this scandal … which this news outlet exclusively reported on earlier this month. Specifically, he entered into a confidential agreement with his estranged wife, Sarah Timmons, on May 30, 2022 – four weeks before providing this news outlet with an unsolicited statement asking for “prayers and privacy” in response to allegations of an extramarital affair with Dhier.

Two weeks later, on June 10, 2022, Timmons gave his wife a 5.41 acre plot of land on Roe Ford Road in Greenville County – the site of a massive residential construction project. The congressman has an option to purchase the land back from his wife at any time over the next six years.

As I noted last week, the Timmons sex scandal – and its attendant monetary considerations – continues to be one of the “most bizarre stories I have ever covered.”


There was its odd and unsolicited way in which it all began, its off-the-rails escalation (courtesy of Rallis), Timmons’ angry response to the coverage and, of course, Rallis’ pink church gambit and the latest financial revelations involving the congressman’s influential family.

What’s next for this Upstate soap opera? Your guess is as good as mine …

I can say this, though: Our coverage of the Timmons’ affair has sparked a review of several cases dating back to his tenure as a prosecutor in the office of S.C. thirteenth circuit solicitor Walt Wilkins. In fact, our intrepid researcher Jenn Wood is currently preparing an onslaught of Freedom of Information Act (FOIA) requests related to this review.

As I noted in a recent edition of our popular ‘Week In Review’ program, “I am officially invested in this story” after Timmons decided to make it about me and my website.