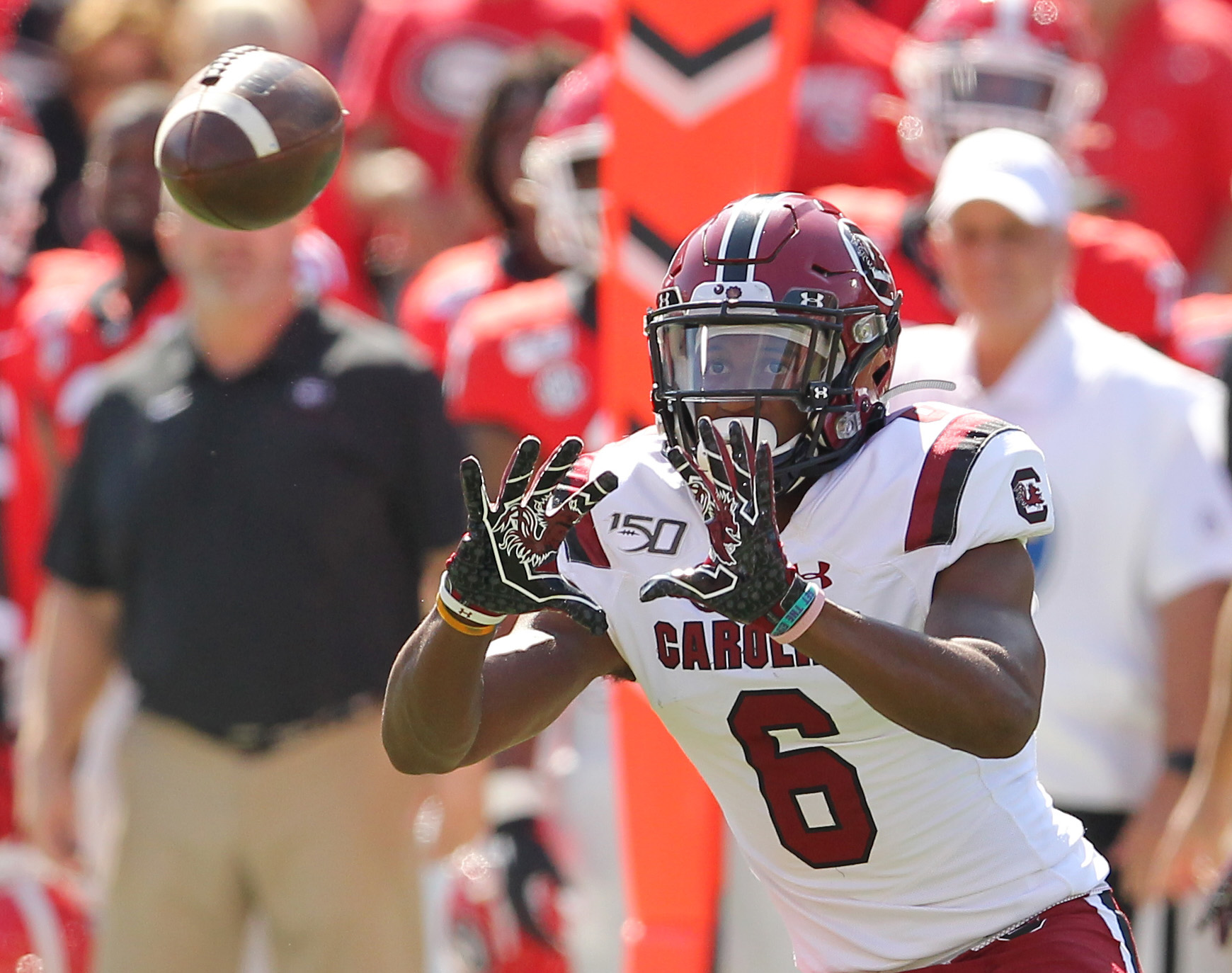 Eight members of the University of South Carolina football team have been named to Athlon Sports’ 2022 All-Southeastern Conference (SEC) squad – although only one of them was a first-team selection.

Left for dead by pundits heading into 2021 – and looking lifeless midway through the season – Beamer’s squad pulled off late-season upsets of Florida and Auburn to become bowl-eligible for the first time in three seasons.


The Gamecocks’ top two returning wide receivers – senior Josh Vann and junior Jaheim Bell – both earned preseason second-team All-SEC honors. Bell had his coming out party in last season’s win over North Carolina in the Duke’s Mayo Bowl. The 6-foot-3, 230-pound Lake City, Florida native hauled in five catches for 159 yards and a pair of touchdowns in the Gamecocks 35-28 victory over the Tar Heels.

In addition to its preseason all-SEC performers, Beamer’s squad is expected to benefit from the additions of former Oklahoma University quarterback Spencer Rattler and tight end Austin Stogner – both of whom announced their decision to transfer to South Carolina in December.

Rattler was a preseason Heisman Trophy candidate heading into last season after throwing for 3,031 yards and 28 touchdowns in 2020. The 6-foot-1, 200-pound native of Phoenix, Arizona also ran for 160 yards and six scores last season. Rattler’s Heisman dreams didn’t pan out in 2021, but if he can come close to his previous form the Gamecock offense – which was hindered by inconsistent quarterback play a year ago – should be substantially more productive.

As I noted in a recent post, Beamer has thus far succeeded only in silencing his critics. He has yet to consistently prove them wrong.

Remember, former head coach Will Muschamp had South Carolina firing on all cylinders after the team came from behind to defeat the Michigan Wolverines in the 32nd annual Outback Bowl.

Muschamp had the Gamecocks humming after that bowl win … but his program regressed each year thereafter prior to him being fired on November 15, 2020.

Beamer’s efforts to avoid the fate of his predecessor recommence in earnest on September 3, 2022, when the Gamecocks host Georgia State University – a team led by former South Carolina interim head coach Shawn Elliott. Kickoff from Williams-Brice Stadium has been set for 7:30 p.m. EDT with the game being streamed live on ESPN+ and SECN+.