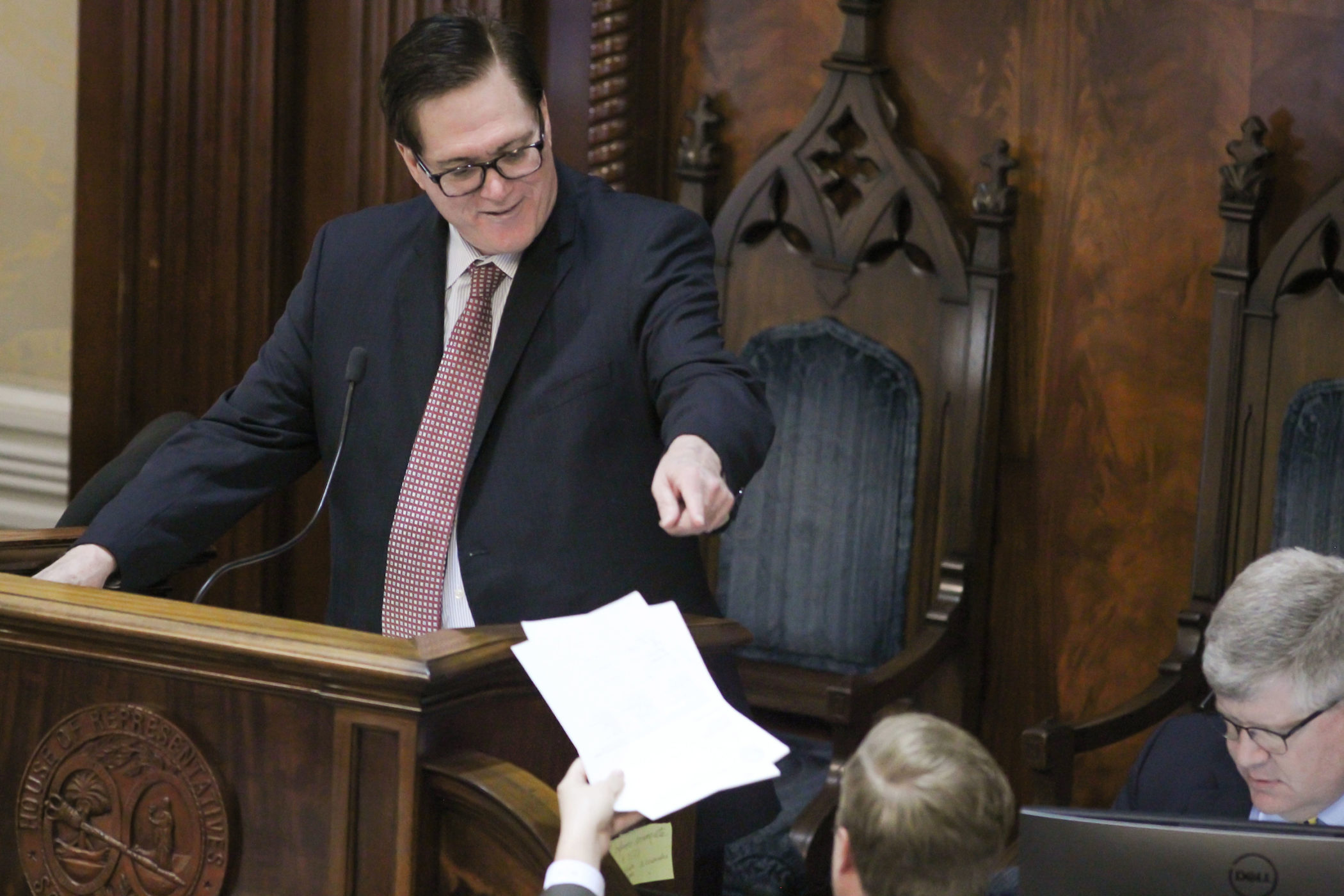 Five weeks after announcing he would not seek another term in office, South Carolina Speaker of the House Jay Lucas – one of the most powerful members of the “Republican-controlled” S.C. General Assembly – has set a date for his resignation.

According to sources familiar with the situation, Lucas submitted a letter to Charles Reid – the results-challenged clerk of the House – announcing his resignation effective May 12 2022.

House members will hold a vote on Thursday, April 28, 2022 to replace Lucas, although that election is a foregone conclusion. As this news outlet has previously reported, S.C. House ways and means chairman Murrell Smith is a lock to become the next speaker of the House.


Sources familiar with Lucas’ decision say he is eyeing a spot on the South Carolina supreme court – an envisioned appointment which would frankly be a disaster given his recent, um, “oversight” of the nation’s most liberal GOP legislature (two years running).

Again, Lucas is a longtime friend of mine – and I think the world of him as a person – but his stewardship of this chamber over the last eight years has not advanced the interests of the citizens and taxpayers of South Carolina.

It gives me no pleasure to say that, but the numbers don’t lie … economically, academically, with regard to infrastructure, public safety … you name it.

Moreover, with a host of comprehensive judicial reforms at the forefront of a long-overdue “change agenda” for South Carolina, why on earth would we put a man on the bench who has helped steer it into a ditch via his support for numerous left-of-center justices and judges?

Lucas, 64, took the reins of the chamber in December 2014 following the resignation of former speaker of the House Bobby Harrell. He was reelected to the position without opposition in advance of each of the last three legislative sessions.