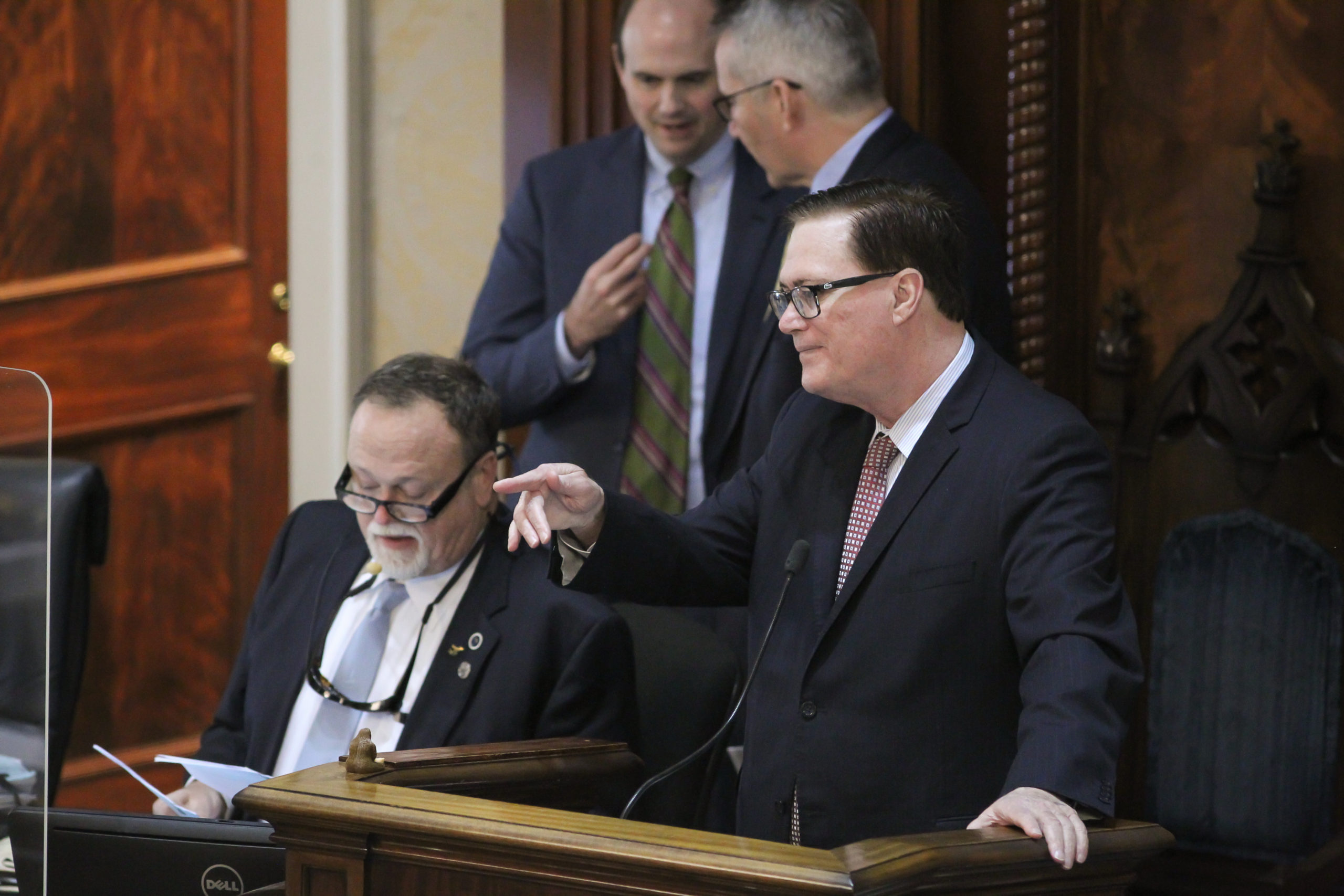 Last week, I reported exclusively on how leaders of the “Republican-controlled” South Carolina House of Representatives (a term admittedly used quite loosely) allowed a bill sponsored by eight Democratic lawmakers to sneak through the chamber right under their noses.

The legislation in question (H. 3010) would allow convicted criminals who are sentenced to prison claim credit against their time behind bars for each day they were out on bond wearing an ankle monitor.

That’s right … jail time in South Carolina would become the equivalent of time spent on an ankle monitor.

As I noted in my coverage, this bill would further erode accountability for those who perpetrate violent crimes in the Palmetto State – a problem these left-of-center GOP lawmakers have already capably enabled via their ongoing support for excessively lenient judges.

Last week, lawmakers let another bill slip through the chamber that raises questions about whether GOP lawmakers are paying attention.

The legislation – H. 5190 – recognized and honored the work of Amplify Action, which it described as a “nonpartisan organization that cultivates the civic participation and engagement of Black and African American men across South Carolina, North Carolina, Tennessee, Alabama, and Georgia.”

Hold up … nonpartisan? We will come back to that turn-of-phrase in a moment …


The House resolution – which according to the chamber’s journal was unanimously adopted on March 30, 2022 – claimed that Amplify Action “seeks to bridge divides in communities through the lens of racial and social justice with a strategic focus on civic education, community empowerment, voter registration, and voter mobilization.”

The fact this bill was unanimously adopted came as no surprise seeing as nearly every single member of this ostensibly GOP-controlled chamber supported it.

I wonder, though, did any of them bother to find out what this organization is really about before they put their names on this bill?

For starters, Amplify Action’s assertion that it is nonpartisan is dubious at best. In June of 2020, in fact, the group launched its South Carolina operations by hosting an online video with Democratic U.S. Senate candidate Jaime Harrison.

Harrison appeared in the video sitting in front of his campaign placards, and even used Amplify Action’s platform to take a shot at his GOP rival, U.S. senator Lindsey Graham.

“Right now we have a senator in Lindsey Graham who is doing nothing – other than pumping himself up,” Harrison said in the video. “Lindsey’s only thing that he cares about is his own political relevance. He doesn’t care about the things people are dealing with on a day-to-day basis.”

I don’t disagree with Harrison (Graham is a nut job) … but how on earth does this constitute “nonpartisanship?”

Harrison was defeated in his bid for the U.S. Senate in South Carolina, but Amplify Action claimed credit for a pair of Democratic U.S. Senate wins across the border in Georgia last January. Indeed, the victories of Jon Ossoff and Raphael Warnock flipped control of the U.S. Senate to Democrats.

“Here we are we officially flipped the Senate!!!!!!!!!!!!!” the group boasted on its Facebook page last January, referencing Ossoff’s win.

As for Warnock’s victory, the group noted it was “proud of our team … for doing their part!”

Meanwhile, another Facebook post from the group hailed “the amazing power of grassroots organizers and the power that secured these historical wins in Georgia,” referring to Ossoff and Warnock’s victories.

Additionally, Amplify Action founder Brandon Upson (above) bragged about the involvement of his organization in the 2020 presidential race, specifically touting “how the black and African-American vote won Joe Biden the election.”

“We know as a community who better represents our best interest, and I think that’s what came out at the end,” Upson told The Hill. “Joe Biden was the candidate that showed that he had our best interests at heart.”

Again … in what universe is this nonpartisan?

Just to make sure there is no doubt this is a distinctly partisan operation, in other posts Amplify Action overtly assailed “the GOP’s campaign to suppress the black vote,” linking followers to an article which claimed such alleged suppression was driven by “white supremacy.”

Seriously … is this really the sort of work the S.C. House of Representatives wants to “honor?”

This bill – along with the passage of last week’s “woke justice” legislation – makes me wonder who in the hell is minding this store.

Clearly, S.C. speaker Jay Lucas is out to lunch – having already announced his intention to step down at the end of the current term. I wonder … is House clerk Charles Reid the one who has fallen asleep at the wheel?

Whoever is snoozing … somebody needs to wake up. Fast.

I get that “Republicans” in the Palmetto State love to waste money like Democrats and raise taxes like Democrats … but I didn’t know they were actively endorsing what is clearly a Democratic voter registration campaign. From a group accusing them of being white supremacists, no less.

That’s either some serious self-loathing … or some serious stupidity. Either way, I suspect this vote – like the ankle monitor vote – will come back to haunt more than a few “Republican” lawmakers in their upcoming primary elections this spring.

UPDATE: In case I haven’t sufficiently proven my point that this is by no means a nonpartisan organization, here is a December 2020 fundraising email from Amplify Action explicitly soliciting donations to help “Democrats take control of the U.S. Senate.”