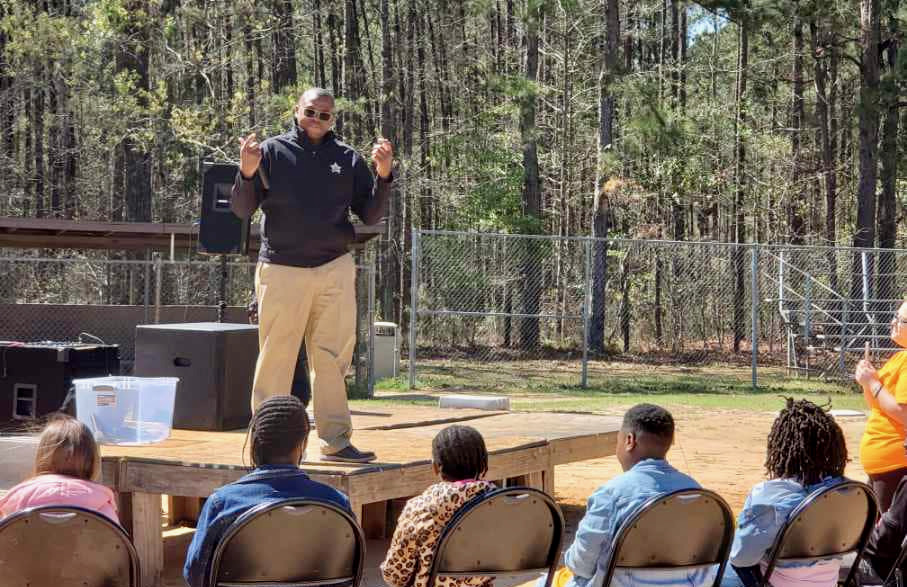 It turns out a controversial and as-yet-unexplained $5,000 loan from disgraced attorney Alex Murdaugh isn’t the only financial support flowing to a Lowcountry law enforcement officer who has described the Murdaugh family as “lifelong” friends.

Alexander claimed the proceeds of the loan went to his parents, but has yet to provide any documentation for that assertion. Nor has he said whether the money has been paid back.

Murdaugh and Alexander go way back. In the Palmetto State’s fourteenth judicial circuit – a veritable Murdaugh fiefdom for over a century – he has been described by local sources as a “fixer” for the family and its influential allies. It has even been suggested by several Hampton locals that Alexander may have been “on scene” in the immediate aftermath of the Moselle homicide – even though his jurisdiction does not cover the Islandton, S.C. address where the killings took place.

What would he have been doing there? Like so many other pieces of this puzzle, it is unclear.

Alex Murdaugh is officially a “person of interest” in connection with this bloody crime, which claimed the lives of his son Paul Murdaugh and his wife, 52-year-old Maggie Murdaugh. In fact, recent reports indicate there is physical evidence linking Murdaugh directly to the shootings – which were also exclusively reported by this news outlet last June.

In addition to the double homicide inquiry, Murdaugh is at the heart of multiple other state and federal investigations related to alleged financial crimes perpetrated by him and a growing network of co-conspirators. As of this writing, he is facing dozens of charges related to the alleged fleecing of nearly $9 million from his former clients.

Alexander is currently campaigning for the office of Hampton County sheriff. He is on the ballot for the Democratic primary along with Anthony Bubba Russell and Chauncey Solomon.

As he seeks to expand his power base in the aftermath of the Murdaughs’ stunning fall from grace – what other support from Murdaugh allies has Alexander received?

According to campaign finance documents on file at the S.C. State Ethics Commission (SCSEC), Alexander’s campaign received a maximum $1,000 contribution from Alex’s brother Randy Murdaugh on May 12, 2021 (just four weeks before the Moselle murders). A few weeks before that, on April 20, 2021, Alexander received a $500 contribution from John E. Parker. Regular readers will recognize Parker as the attorney whose name now singularly adorns what was once the Murdaugh family law firm – a.k.a. Peters Murdaugh Parker Eltzroth and Detrick (PMPED).

Parker wasn’t the only former Murdaugh firm lawyer who gave money to Alexander. On the same day he contributed, PMPED lawyer Daniel Henderson also gave $500 to his campaign. A week before that, PMPED attorney Lee Cope gave Alexander’s campaign $1,000.

In the aftermath of the Murdaugh implosion, Barnes has left PMPED and hung out his own shingle on Mulberry Street in downtown Hampton.

Fleming, readers will recall, was indicted earlier this month in connection with his alleged participation in Murdaugh’s fleecing of former clients.

Add it all up and that’s another $5,500 flowing from Murdaugh allies to Alexander … oh and these are just the donations directly linked to Murdaugh, his family, the former PMPED law firm and its known allies.

Of interest? While Alexander has received numerous campaign contributions from Murdaugh-land, he has also drawn support from attorneys who are going up against them in at least one civil case tied to this saga. Specifically, he received a $500 contribution from Gooding and Gooding on April 1, 2021.

Gooding and Gooding is the Allendale, S.C. firm which features Mark Tinsley as a partner. Tinsley is the lead attorney on a wrongful death suit filed against Alex Murdaugh and other co-defendants (ahem) by the family of Mallory Beach, a 19-year-old Hampton, S.C. woman who was killed in a February 2019 boat crash.

Alexander has denied any wrongdoing (doo-dooing?) in connection with the Murdaugh family. In an interview posted on his campaign Facebook page on March 11 of this year, he asserted he was a man of integrity who would not participate in cover-ups.

As noted last week, this news outlet has received numerous tips related to Alexander’s self-described “history” with the Murdaugh family. We will continue to devote investigatory resources to following these leads as we seek the truth related to this still-unraveling crime and corruption saga.

Alex Murdaugh Admits To Stealing $4.3 Million In Confession Of Judgment To Satterfield Family