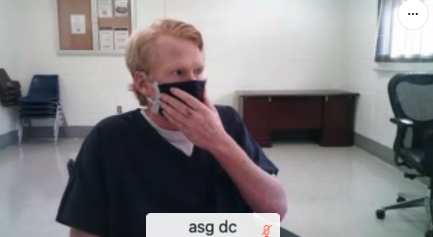 Judge calls Alex Murdaugh a danger to the community.

Just over a week after a heated bond reduction hearing in which a former client expressed his fear of disgraced Hampton County attorney Alex Murdaugh, Judge Alison Lee has ruled against Murdaugh and his “bulldog” defense team.

In her order, which was released Tuesday afternoon, Lee cited her concerns that Murdaugh remains a flight risk and a “potential danger to himself and the community.”

Lee said that Murdaugh’s existing $7 million bond — with no option to pay 10 percent — “is reasonable to assure his appearance in court.”

This is the fifth failed attempt from Murdaugh’s attorneys Dick Harpootlian and Jim Griffin to get him out of jail since he was arrested in October.


The dramatic hearing on Jan. 10 included testimony from John T. Lay, who is one of the attorneys assigned to comb through Murdaugh’s frozen assets; Eric Bland and Justin Bamberg, attorneys for several alleged victims of Murdaugh; and a South Carolina Highway Patrol lieutenant who was injured in the line of duty and went to Murdaugh for help with a workman’s compensation claim.

“This should be a clarion bell for Alex to realize that most likely he is going to remain in jail pending the trial of the charges that are asserted against him,” Bland said Tuesday after hearing about the order.

“He should start thinking long and hard in making a decision whether he needs to cooperate with the authorities and answer the questions of: One, where did the money go? Two, why did he need this much money? And three, did he have assistance from others?”

’Do What You’ve Always Done’

During the hearing last week, Harpootlian told Lee — who has faced criticism in the past for setting lenient bonds — to “do what you’ve always done.”

Harpootlian had requested a five-figure bond for Murdaugh with the option to pay “up to 10 percent.”

However, Harpootlian failed to present any new information to convince Lee to change Alex Murdaugh’s bond.

In fact, most of the information that was revealed during Monday’s hearing appeared to be damning for Murdaugh, including:

Waters said Murdaugh is accused of stealing over $6.2 million and $2.5 million of that money was cashed out.

“The investigation has uncovered that a substantial portion of that money was returned to Alex Murdaugh,” Waters said.

All told, though, he said the amount of money cashed out — and potentially returned to Murdaugh — since 2015 is closer to $3.7 million.

If anything, the bond hearing provided more evidence on the how Murdaugh’s alleged crimes have impacted victims’ lives.

“It is comforting to the many victims to know that the man who attempted to commit the biggest attempt to flee ever, which is suicide, is going to be sitting in jail under the watchful eye of the authorities to help ensure that the victims get to get their day in court,” attorney Justin Bamberg said Tuesday afternoon.

In powerful testimony, Lt. Thomas E. Moore told the court that Murdaugh was always nice to him and he trusted him.

Now, he has to face the fact that his attorney took advantage of him and stole money that he needed for his recovery.

“Here’s the problem …,” Moore said. “He treated me that nice — and he stole every dime I had from the injury occurred, I was working for the Highway Patrol, and was struck by a car and had to have three levels of my neck repaired, two levels fused, and one has artificial disc. And now there’s permanent nerve damage. There’s no question about that. And the injury is only going to get worse, it’s not going to get better.”

Moore spoke about the permanent injuries he suffered, his monthly medical bills and the financial distress he is dealing with because Murdaugh stole from his settlement.

Moore said he is only working right now because he has to and also questioned how someone like Alex who supposedly has no money has two of the most expensive defense attorneys in South Carolina representing him.

“So I guess my thing is, if he didn’t have money, like some people are saying, and there’s so many questions about money, how does he have all these attorneys? These attorneys I’ve seen on TV and in the newspaper, but I couldn’t afford the hire them,” Moore said.

He told the judge that if Alex Murdaugh were to be released today, he wouldn’t be surprised if Murdaugh or one of his family members showed up at his house with a gun.

Moore said that if Murdaugh is released, he will either disappear, flee or “there will be more victims.”

Click below to see a clip from the bond hearing.

Lay advised the court that Judge Daniel Hall would decide whether Murdaugh could use any of his assets to pay for bond, but said that he and McCoy would object to any such request.

“I think that there’s an important principle here to be taken from the court’s decision. And that is the law applies to everybody. Period,” Bamberg said.