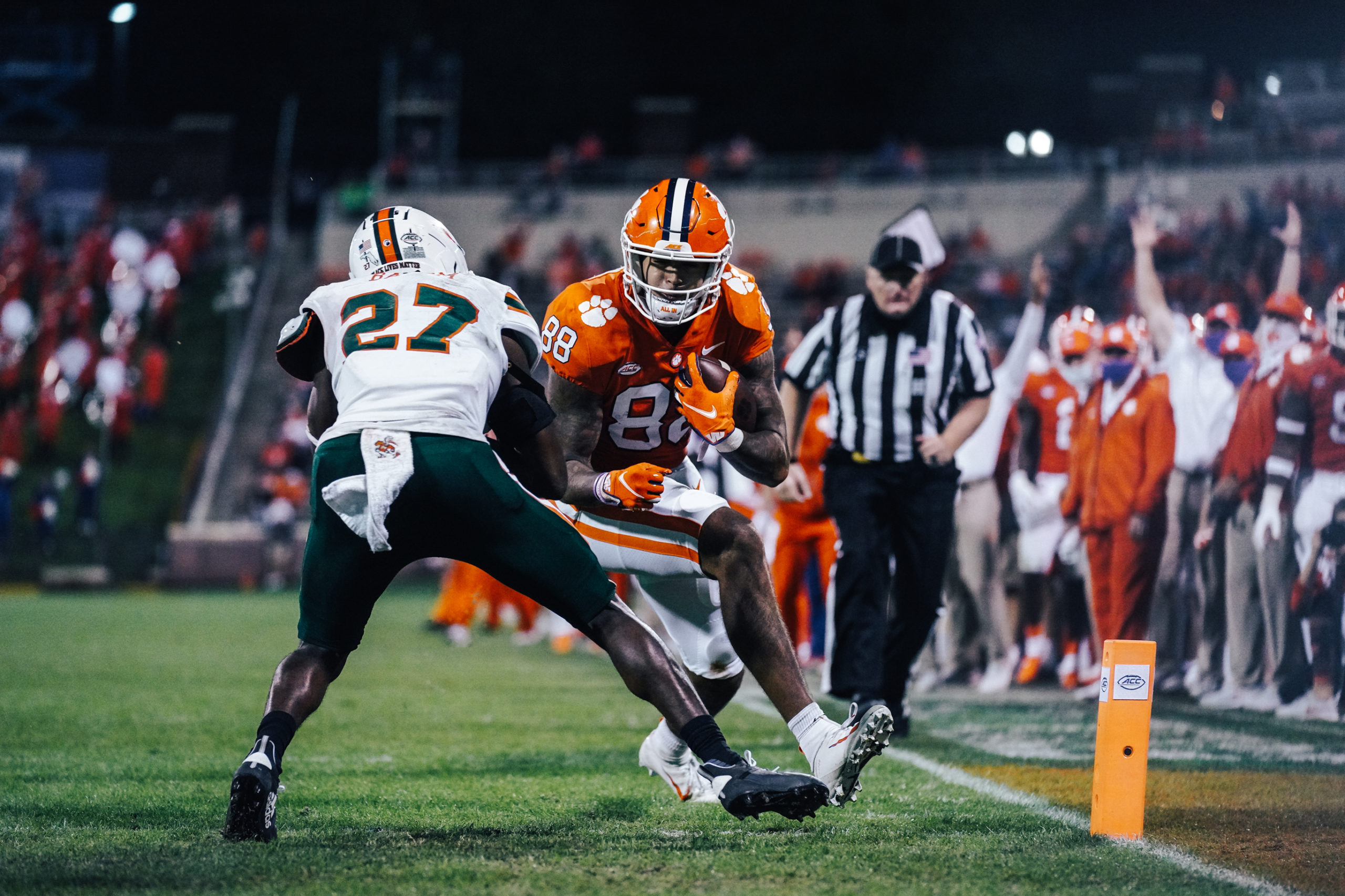 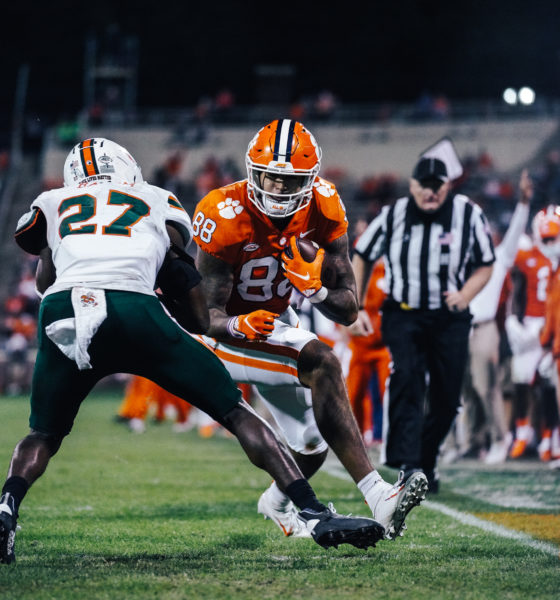 Coupled with the Alabama Crimson Tide’s 41-24 triumph over the Georgia Bulldogs – and a weaker/ reduced field of teams – college football’s championship storyline appears to be moving in an eerily similar direction this year.

Once again it’s the Tigers, the Crimson Tide and the rest of the pack … a trend that national media outlets haven’t had trouble picking up on recently.

Clemson and Alabama have faced off in four of the last six College Football Playoffs (including three national championship games) – and the two programs appear to be on a collision course for a fifth showdown.

Syracuse head coach Dino Babers believes Clemson is the team to beat, though.

While some may have expected 4-1 Miami or the 2-3 Yellow Jackets to give fans a game worth watching against the Tigers (at least through two quarters), no one is expecting that from Syracuse. And why would they? The Orange (1-4) was handed a humiliating 38-21 beatdown from former Ole Miss head coach Hugh Freeze and the FBS-level Liberty Flames last weekend.

After falling flat against Liberty and three unproven ACC schools – Duke, Pittsburgh and North Carolina – the road certainly doesn’t get any easier for Syracuse as it makes the 852-mile trip to face the Tigers, who haven’t lost a regular season game since October 13, 2017.

Wait … what happened on that date?

The Orange are the only team not named Alabama or LSU to hand Clemson an “L” over the past three seasons – a loss that serves as a constant remainder for 13th-year Clemson head coach Dabo Swinney.

“We didn’t respect the opponent (the way) we needed to,” Swinney said. “We just weren’t ready to go. They won the game, outplayed us, and earned it.”

The Tigers’ 27-24 loss at the Carrier Dome in Syracuse, New York is a nightmare Clemson fans would just as soon forget, but since then the Tigers have reeled off 26 consecutive ACC victories and 34 straight regular season wins.

That streak is in no imminent danger either, according to odds makers. The latest line in this contest is a staggering 46.5 points, per OddsShark.com.

This fall, the Tigers have dashed the dreams of their opponents by decisive margins, outscoring Wake Forest, The Citadel, Virginia, Miami, and Georgia Tech by a combined score of 243-60. With the Orange and 3-2 Boston College headed to Death Valley over the next two weeks, it doesn’t appear that trend is going to change anytime soon.

One reason for these lopsided margins? The Atlantic Coast Conference has simply failed to match its lofty preseason expectations, including a laughable assertion by Paul Myerberg of USA Today that the conference might field two CFP teams.

Purportedly “in the way” for the Tigers en route to another CFP appearance? Third-ranked Notre Dame and No. 14 North Carolina.

Clemson’s date with the Irish in November will likely be tabbed as the Atlantic Coast Conference prizefight of the season, but don’t get your hopes up for a competitive game there, either. Under head coach Brian Kelly, the Fighting Irish are 4-0 against a slate of opponents that currently “boast” a hideous 5-16 combined overall record.

Notre Dame’s latest triumph was a 12-7 “barnburner” against Louisville, a team whose lone win of the season came against Western Kentucky of Conference USA.

The last time the Tigers tangoed with the Irish, Clemson crushed Notre Dame – recording an emphatic 30-3 win in the 2018 Cotton Bowl College Football Playoff semifinal on the road to their last national championship, which they earned by clobbering Alabama 44-16 at Levi’s Stadium in Santa Clara, California.

The Tar Heels, tabbed as an ACC preseason dark horse championship contender, were undefeated until being exposed last week by first-year head coach Mike Norvell and Florida State, who have been horrid of late.

The Seminoles only previous win was a 41-24 comeback victory over Jacksonville State.

Florida State was averaging a modest 16.3 points per game against FBS competition headed into their primetime duel with the Tar Heels, but the Seminoles built a 31-7 lead against UNC on Saturday – one that head coach Mack Brown and the Tar Heels couldn’t quite overcome.

A Tar Heels defense that gave up a combined 76 points to Virginia Tech and Florida State probably wouldn’t hold up very well against the best one-two punch in the nation – phenom junior quarterback Trevor Lawrence and powerful 5-foot-10 senior running back Travis Etienne.

This reporter has mostly discussed the Tigers’ offense in previous game previews, in large part because the sport is trending towards higher-scoring games – and because Clemson’s top offensive weapons are household names across the nation.

Conversely, the Orange are averaging just 264.8 yards per game and 19.6 points per game, measures that rank No. 74 and No. 68 in the NCAA (and which are worse than any other team in the ACC).

“The guys we bring in and just the commitment of the players,” he said.

Kickoff at Death Valley is scheduled for 12:00 p.m. EDT on Saturday with the ACC Network providing national coverage. Wes Durham will handle play-by-play duties, Roddy Jones will offer color commentary and Lericia Harris will report from the sidelines.