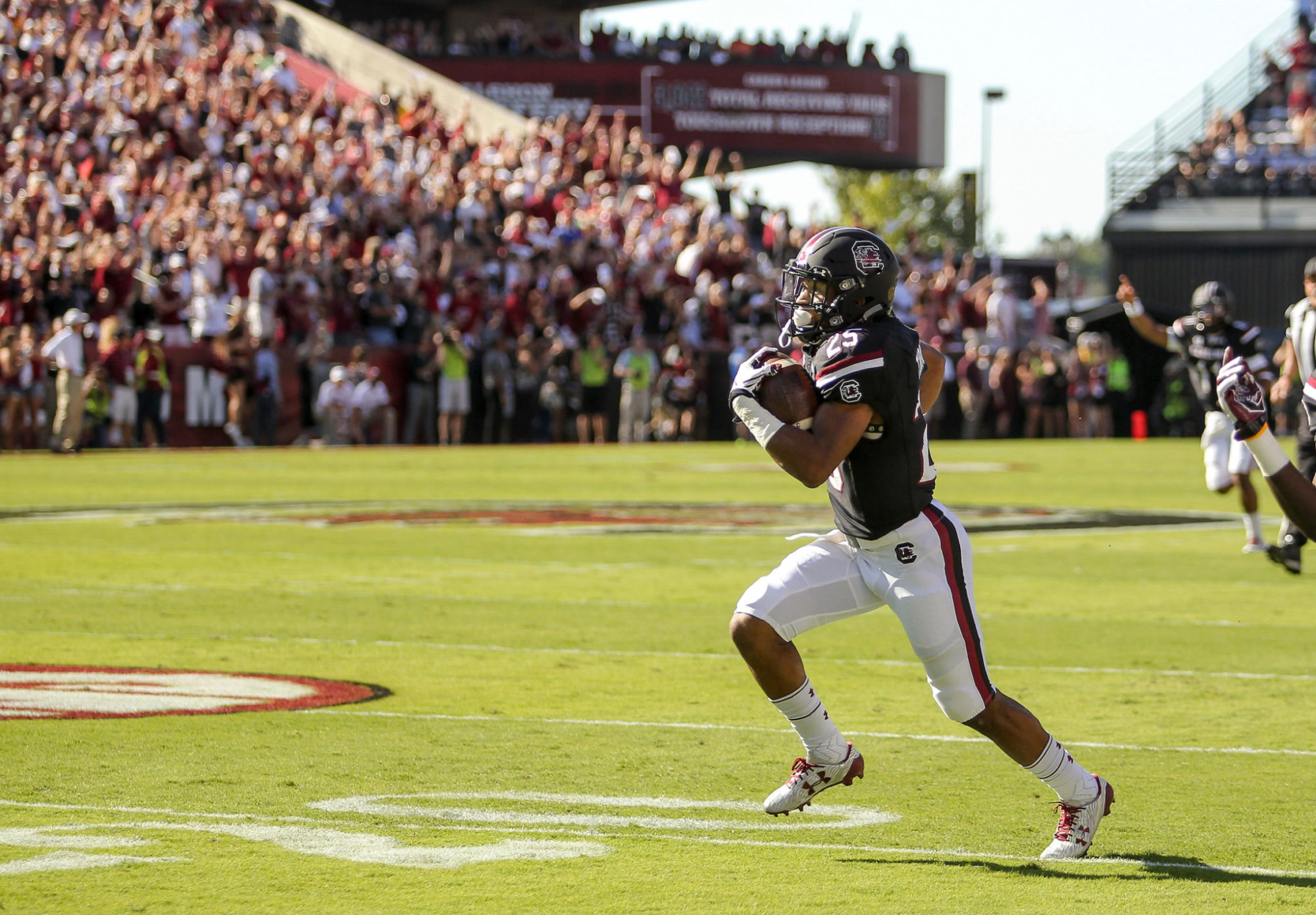 The University of South Carolina football team is still three months away from kicking off its 2017 football season, but the expectations game is already underway.

Head coach Will Muschamp’s 2016 team posted a 6-7 mark during his first season in Columbia, S.C. – a positive step for a program that finished the 2015 campaign with a disastrous 3-9 record.

More importantly, Muschamp appears to have found his quarterback of the future – Jake Bentley – and a host of other potent offensive weapons.  Still, questions abound on the offensive line – and pretty much everywhere on the defensive side of the football.

Given all the uncertainty … can South Carolina take another step forward in 2017?

To be clear: Gamecock fans aren’t looking for a return to the program’s historic mediocrity.  Three Top Ten finishes from 2011-2013 (and a school-record 69 consecutive appearances in the Top 25) spoiled Gamecock Nation, meaning Muschamp must show consistent improvement if he wants to keep his $3 million a year job.

Muschamp – in the second year of a five-year contract – also needs to put more “butts in seats,” as the expression goes. Gamecock football is in the midst of a three-year decline in home attendance, and the only way to turn that around is to build enthusiasm by wining big games.

On that note, let’s take a look at South Carolina’s 2017 schedule …

According to college football analyst Matt Smith, South Carolina will enter the year with the 28th toughest schedule in America.

Really?  We think this slate is probably tougher than that – and we suspect when the dust settles at the end of the year it will rank higher than that.

In addition to facing off against a pair of teams from the Southeastern Conference (SEC)’s western division – including a road game against Texas A&M – South Carolina’s schedule includes a trio of SEC East programs that are projected to begin the 2017 season ranked in the Top 25.

That’s right: Florida, Georgia and Tennessee are back, people … (and no, we won’t mention who coached Florida when that program fell off the radar).

Then there are the defending national champions … who happen to play just up the road.  Remember those guys?  It wasn’t so long ago that South Carolina reeled off a record five-game winning streak against the Tigers.

For long-suffering Gamecock fans, that feels like a century ago.

Obviously Clemson lost a ton of talent on the offensive side of the football thanks to the NFL draft, but the Tigers are a preseason Top 10 squad thanks to the hype surrounding defensive coordinator Brent Venables’ unit – which could be the toughest “D” Tigertown has ever seen.

Bottom line?  There are six games on this schedule which South Carolina will likely enter as the underdog – which means Muschamp is going to have to score an upset (or three) if he wants to take another measurable step forward this season.

What do you think?  How many games does Muschamp need to win in 2017 to keep his program’s forward momentum going?

How many games does Will Muschamp's South Carolina football team need to win this year?