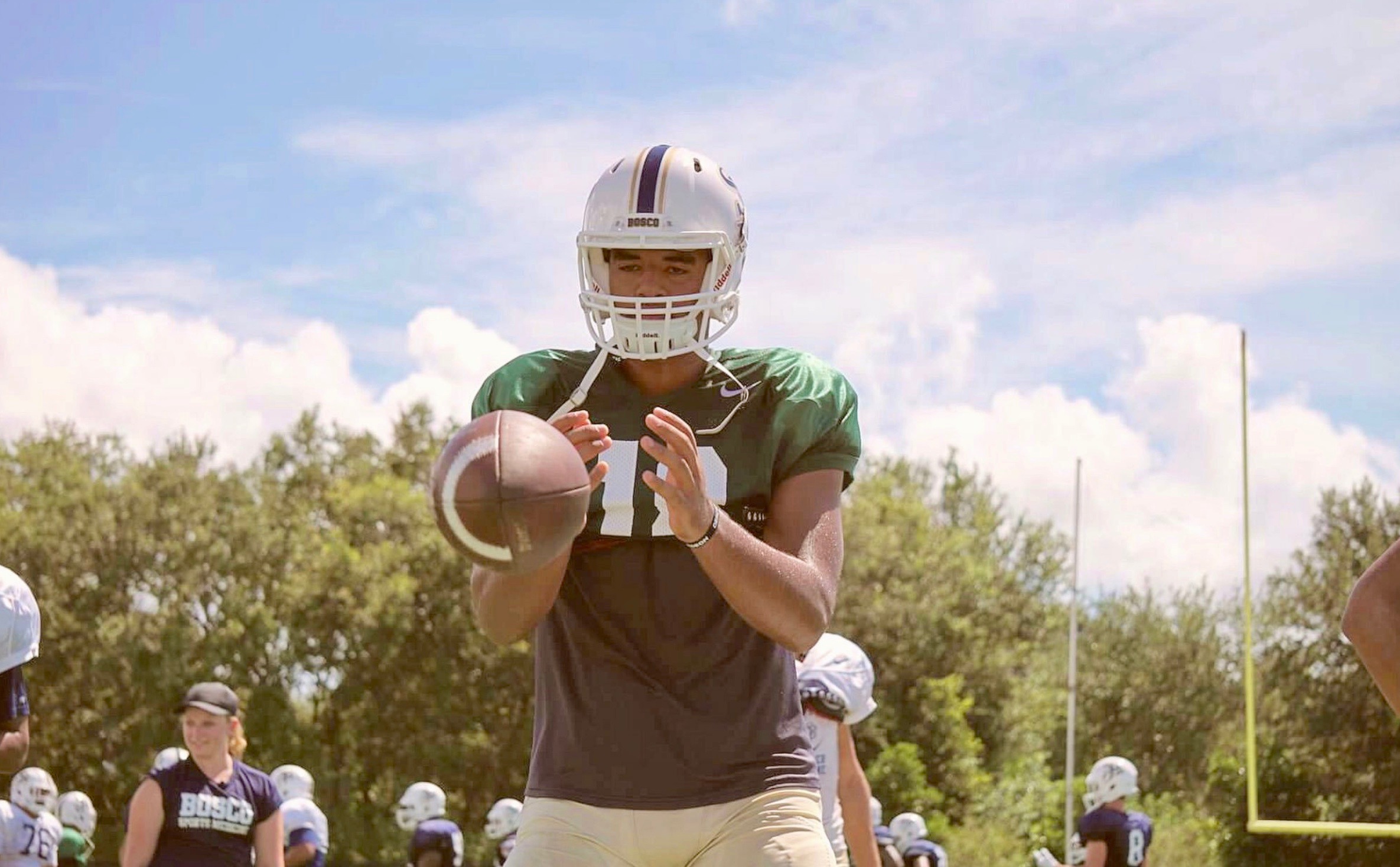 D.J. Uiagalelei – the number one quarterback prospect in the class of 2020 – chose Clemson University over Oregon on Sunday afternoon.

The rocket-armed Polynesian – who still has a year of high school ball left to play – is the second No. 1-rated quarterback prospect to choose the Tigers in recent years, following rising sophomore Trevor Lawrence.

“I’m all in, go Tigers,” Uiagalelei said in his YouTube announcement.

“Ever since I was a little kid, I’ve dreamt of this day,” Uiagalelei added. “It’s taken countless hours of hard work and preparation. I am so thankful for all the people who have helped me get here.”

Uiagalelei, a 6-foot-5, 240-pound signal caller, has drawn comparisons to Cam Newton of the Carolina Panthers. Last year, he completed 179 of 257 passes for 3,366 yards and 48 touchdowns as a junior at St. John Bosco High School in Bellflower, California. He also ran for 312 yards and scored another six touchdowns on the ground.

Described as a pure pocket passer due to his howitzer of a right arm and pinpoint accuracy, Uiagalelei’s dual-threat capabilities are impossible to ignore given his unique combination of size, strength, speed and agility.

Greg Biggins of 247Sports has referred to Uiagalelei as a “generational” talent – possessing the strongest arm he has seen on a high school player since former No. 1 overall pick JaMarcus Russell.

Uiagalelei’s commitment to Clemson is an embarrassment of riches in more ways than one for the defending national champions. In addition to joining a loaded class of blue chip commitments on Dabo Swinney’s football team (Clemson has landed eight of ESPN’s fifty top-rated high school recruits), the 18-year-old phenom happens to be a heralded major league pitching prospect boasting a 95-mile-per-hour fastball.

In fact, all thirty of the major colleges that offered him a football scholarship (including Clemson) agreed to let him to play both sports.

That makes his commitment a coup not just for Swinney, but for Clemson head baseball coach Monte Lee – whose team hasn’t made the College World Series (CWS) since 2010.

Tiger baseball fans will probably be the first to get a taste of Uiagalelei’s talent. With Lawrence locked in as the Tigers’ starting quarterback for the next two seasons, Uiagalelei will likely have to spend a year on the bench after arriving at Clemson. Many observers thought this might lead him to select Oregon, where he would likely have inherited the starting quarterback position as a true freshman in 2020. Also, fellow Polynesian quarterbacks Marcus Mariota (the 2014 Heisman Trophy winner) and Jeremiah Masoli previously starred for the Ducks … and Oregon is much closer to Uiagalelei’s California roots.

None of that mattered, though, further proof of the extent to which the Tigers have leveraged their success in the College Football Playoff (CFP) era to land star players all over the country.

Of interest? Uiagalelei touted Swinney’s embrace of Christianity – which has caused controversy in the past – as a key factor in his decision.

“My faith is important to me, and the first time I went out there was in June (2018) and that’s what sold me, knowing they’re all big Christians,” he told reporter Tom VanHaaren of ESPN. “I didn’t commit when I was out there, but that’s when I told myself that’s where I wanted to be.”

Uiagalelei also told VanHaaren he didn’t mind spending a year behind Lawrence – another former high school No. 1 quarterback who posted stratospheric numbers in leading the Tigers to their second championship in three seasons last year.

“Learning is not a bad thing for me,” he said. “I want to be out there and compete, but if that means I have to sit behind a leader, I’m fine with that.”