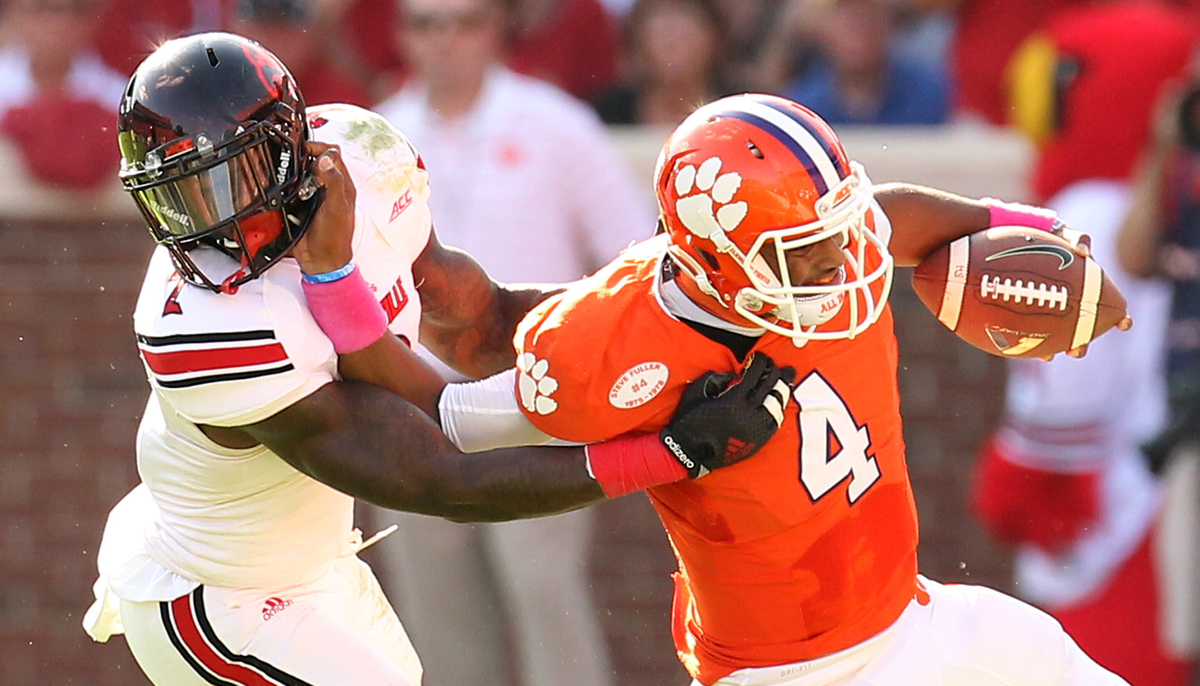 ANOTHER HONOR FOR TIGER QB …

Watson – who led the Tigers to the 2016 national championship – has been racking up all sorts of honors in the aftermath of his stellar collegiate career.  The two-time Atlantic Coast Conference (ACC) Athlete of the Year also won the Davey O’Brien Award, the Manning Award, and the Unitas Award as the top quarterback in college football last year.

He should have won the Heisman Trophy, too, as far as we’re concerned …

In three years at Clemson, Watson posted a 32-3 record as a starter.  Over his career he completed 814 of 1207 passes (67.4 percent) for 10,168 yards – throwing ninety touchdowns against 32 interceptions.  The 21-year-old native of Gainesville, Georgia also ran for 1,934 yards and scored 26 rushing touchdowns.

Watson is Clemson’s first ESPY winner, but he isn’t the first with a Palmetto State connection.  In 2013, former University of South Carolina defensive end Jadeveon Clowney captured an ESPY award for Best Play in the aftermath of his seismic hit against Michigan’s Vincent Smith in the 2013 Outback Bowl.