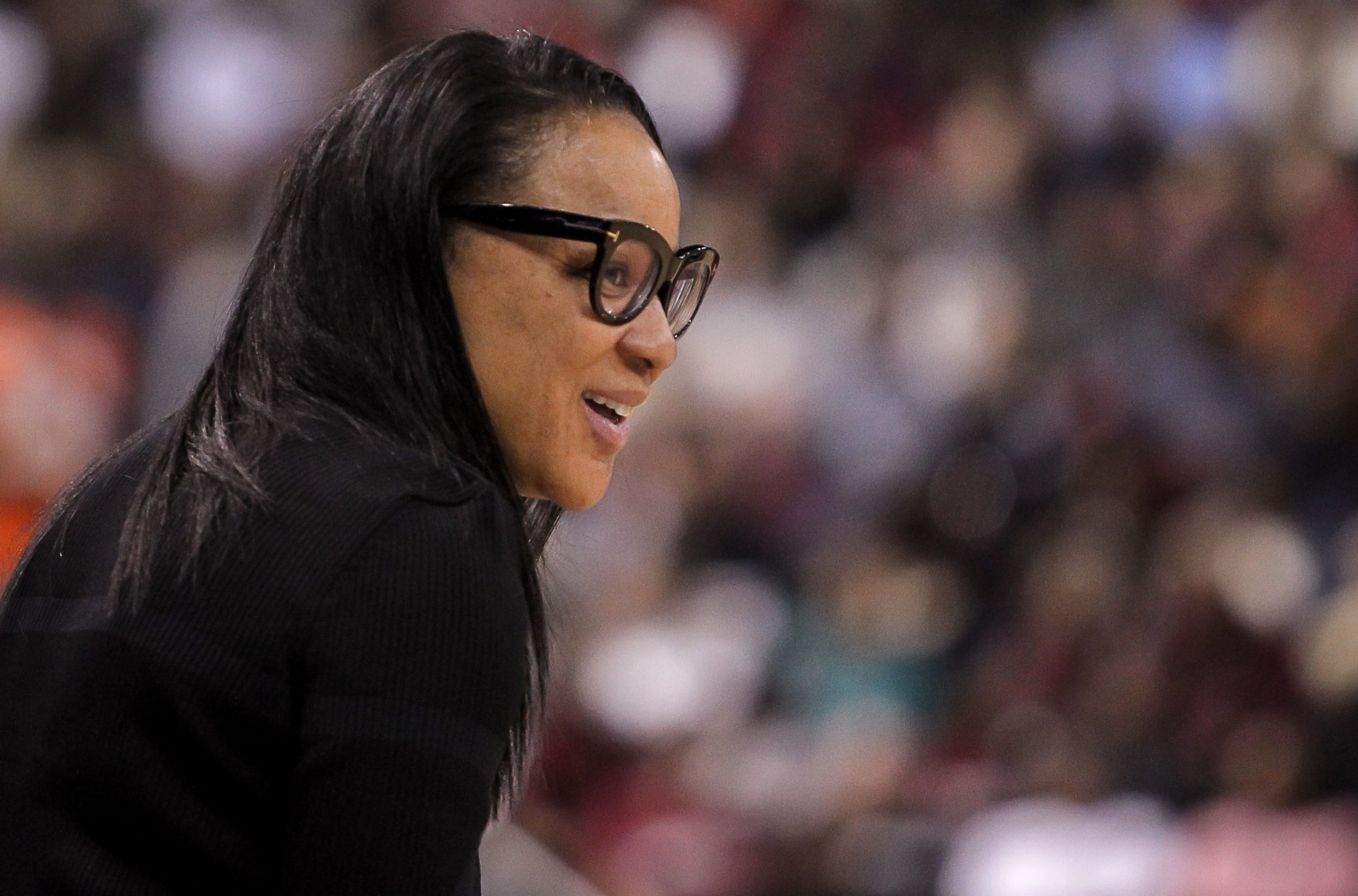 I am a big fan of University of South Carolina women’s basketball coach Dawn Staley. How could I not be, though? The 51-year-old Philadelphia native has built one of the most successful athletic programs in the nation at my alma mater, bringing home six Southeastern Conference (SEC) tournament championships and five regular season SEC championships to Columbia during her tenure.

Staley’s teams have made the NCAA tournament nine years in a row – advancing to the Final Four three times and winning the national championship in 2017. The Gamecocks were favored to win a second national title in 2020 but unfortunately the coronavirus pandemic wiped out the postseason. At the time play was suspended, Staley’s team was 32-1 and the runaway No. 1 team in America – prompting her to claim a mythical national championship on behalf of the program prior to the start of the 2020-2021 campaign.

Numbers don’t lie, people … and those numbers are incredible.

I have repeatedly said that keeping Staley on the job – and keeping her happy – has been the only redeeming quality displayed by otherwise inept South Carolina athletics director Ray Tanner.


Accordingly, it was not at all surprising to learn that Staley became one of the highest-paid coaches in America earlier this month when South Carolina’s board of trustees approved a seven-year, $22.4 million contract extension – one that will pay her $2.9 million for the upcoming season.

Staley has earned that money. Every last penny. And while I maintain such largesse should be doled out in the context of a privatized higher education system, Staley has certainly provided value in the marketplace.

What was somewhat surprising, though? And more than a little bit disappointing? Staley’s decision to politicize her raise – while at the same time slamming her employer and the state in which she lives for their “rich history of racism.”

“Credit where it’s due,” Staley told USA Today reporter Lindsay Schnell. “This university and this state have a rich history of racism, and I’m not going to disregard that. But this is one of the most progressive decisions they’ve ever made. They need to be recognized for being committed to leading the way in gender equity in America. This is an equitable statement and in the midst of all our inequities in our country, I hope it’s a turning point.”

I thought we were talking about a basketball coach getting a raise? Did I flip from EPSN to CNN (and yes, you are forgiven if you can’t tell the difference these days)?

Also, I am sorry (not sorry) but since when does an $800,000-a-year pay raise for a multi-millionaire taxpayer-funded employee in one of the poorest states in America even remotely qualify as “progressive?”

Was this raise earned? Yes, absolutely. Was it progressive? Eh …

Several athletics department donors – none of whom would permit me to publish their names (fearing the cancel culture mob, I guess) – rebuked the sentiments expressed by Staley.

“Total slap in the face,” said another.

Yet another questioned the fact that Staley’s allegation of institutional racism at South Carolina went completely unchallenged.

“Nobody at the university has condemned it,” the donor said.

“(This is) an insult to the ‘racist’ football fans who pay her ass,” the donor added. “My Gamecock buddies are furious.”

To be clear: Staley has every right to say what she said. This is a free country (sort of?). She can use her platform as she sees fit, and I am the last person on earth who would ever tell her to “shut up and dribble” – a term she invoked earlier this year to describe her perception of what critics want from her and her players.

Staley and her players are free to engage the marketplace of ideas just like anyone else – but she should remember it is, in fact, a marketplace. And not everyone is buying what she’s selling – whether they have the stones to say so publicly or not.

To be fair, Staley’s not entirely wrong. South Carolina has hardly been a trailblazer on the issue of racial reconciliation, although the Palmetto State’s recent history on this front has been much more promising.

My question is this, though: Will we ever get to a point in our society when accomplishments can viewed based solely on their intrinsic value? Not based on demographics?

In other words, can something ever just be objectively awesome (or objectively awful) without injecting identitypolitik into the mix? And if we do decide the issue is worth raising within the context of the sports world, can’t we agree people routinely take things too far?

I understand addressing Staley’s comments in this way isn’t going to be popular in some circles. In fact, I suspect it will likely be misinterpreted/ deliberately conflated as some sort of an attack on Staley. Which it isn’t. While I think the coach has been an inconsistent advocate at times, I respect her right to advocate as she sees fit – and again, as far as her job and salary are concerned she has “earned them accolades,” as Brother Ali would say.

I mean … this is the sports page, isn’t it? Do people not come here to escape from politics? Especially the politics of blame, guilt and division?

Earlier this month, I published a scathing report addressing the performances of the last four Gamecock football offensive coordinators – each of whom has failed miserably in even approaching the level of excellence Staley has achieved in her program.

So … did it matter one of the four coordinators included in my story was black? Did that make his failure any better or worse than the failure of his three white counterparts?

Look, I am not saying we shouldn’t all rise and applaud when someone raised in a subset of our population which was victimized by past discrimination rises above these historical, unfair disadvantages. We absolutely should. These stories are part of our shared, national narrative – a still-unfolding saga in which all of us can (and should) take pride.

But again … at what point do we stop pointing fingers in the rearview mirror? Can we not just be happy for Dawn Staley and refrain from calling people racists?

Prior to her raise, Staley (above) was already making $2.1 million annually. I am curious … was that level of compensation somehow indicative of the Palmetto State’s “rich history of racism?”

In 2013, Staley was presented with the Order of the Palmetto – South Carolina’s highest civilian honor – by then-governor Nikki Haley. Again … where was South Carolina’s “rich history of racism” present in that presentation?

Oh, and after Haley (the first female, first minority governor in South Carolina history) awarded Staley with this honor, the coach received a standing ovation from the announced crowd of 83,853 at Williams-Brice Stadium.

South Carolina certainly has plenty of work left to do when it comes to addressing its racist past. I get it. In fact, I’ve been proud to be a part of that work. I was especially proud back in the spring of 2015 when my website (which is often described as “conservative” or “right-wing” by the left-of-center legacy press) was the first media outlet in the state to call for the Confederate flag to be taken off the grounds of the S.C. State House following the horrific ’Holy City Massacre.’

Unlike Haley (ahem), I didn’t wait in the aftermath of that tragedy to see what the tea leaves were reading … I just called it like I saw it, even though I knew I was going to lose a ton of my readers as a result (which I did).

Once again, though … was that also part of the Palmetto State’s “rich history of racism?”

Staley has a point. And she has every right to make it. As someone who speaks his mind for a living, I respect her for putting her views out there so boldly. But that doesn’t mean everyone should swallow her views without question. More importantly, at some point I believe our public discourse must evolve into a place where accomplishments speak for themselves – as opposed to being conveniently leveraged as vehicles of division and demonization.

I believe we are, by and large, at that point. Or should be. Staley clearly disagrees.

Dawn Staley's reference to South Carolina's "rich history of racism" following her $800,000-a-year pay raise from its flagship university was ...