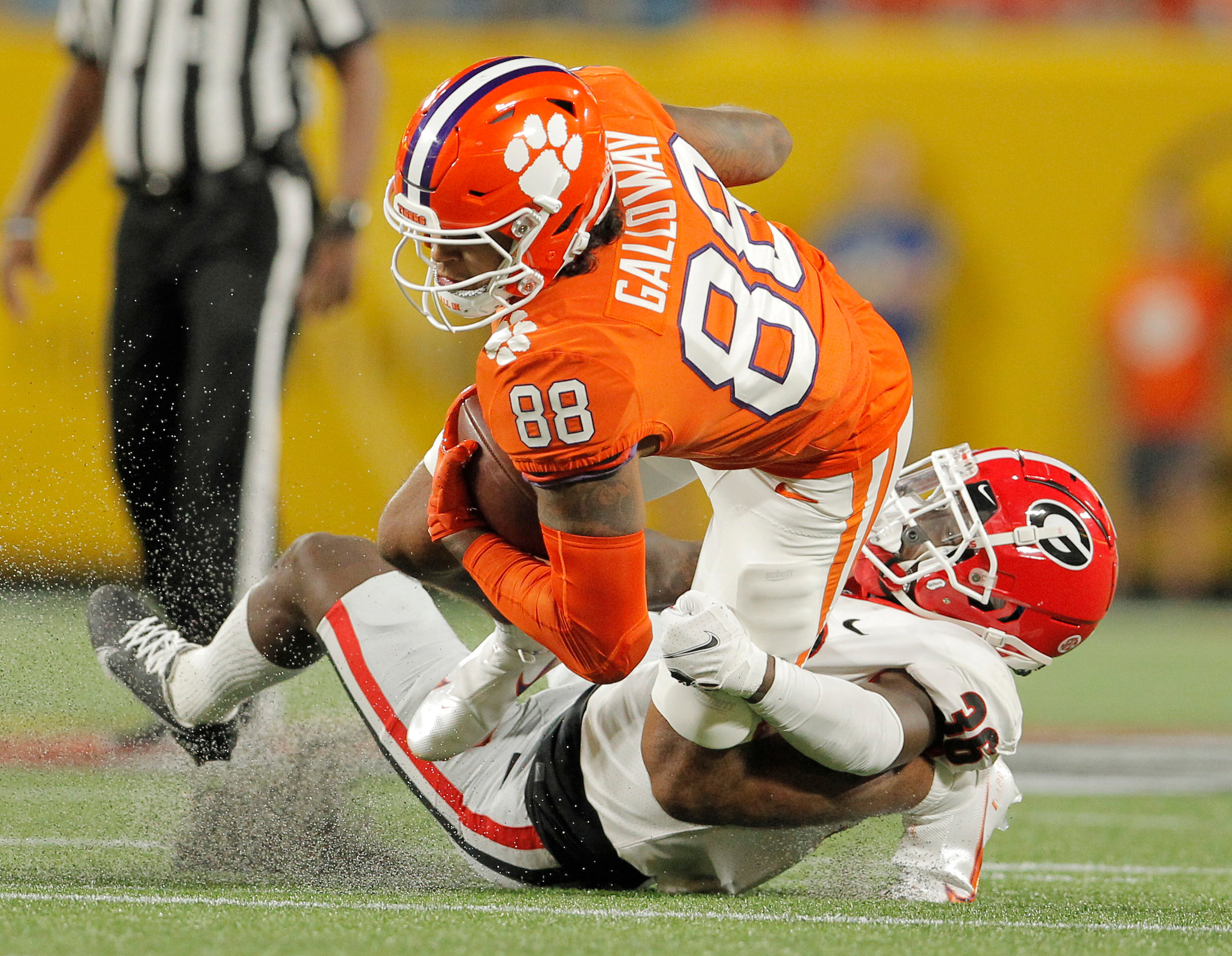 As has been the case for the past decade, Clemson University’s defense has come to play for its all-world coordinator Brent Venables in 2021. To the surprise of absolutely no one, the man at the heart of the Tigers’ recent championship runs has lined up yet another stellar, stultifying unit in Tigertown.

How good is Venables’ defense? It held No. 5 Georgia to one offensive score (a field goal) and just 256 total yards during Saturday evening’s top five showdown in Charlotte, N.C.

And yes … anyone given those numbers prior to last night’s kickoff would have bet the proverbial farm on a Tigers’ victory in the 2021 Duke’s Mayo Classic.

To put these numbers in perspective, Georgia amassed 32.3 points per game and 424.1 yards per game a year ago against (with one exception) Southeastern Conference (SEC) opposition.

The problem? Georgia’s defense – led by third-year coordinator Dan Lanning – wound up being even better than Clemson’s. Despite losing six players to the 2021 NFL draft – including three players who were among the first fifty picks taken (cornerback Eric Stokes, cornerback Tyson Campbell and linebacker Azeez Ojulari) – the Bulldogs’ defense completely shut down a Clemson offense led by talented sophomore DJ Uiagalelei.

Not only that, Lanning’s unit managed to produce the game-winning touchdown.

Which happened to be the only touchdown of the game …

In fact, if you count the extra point tacked on following defensive back Christopher Smith’s 74-yard-interception return – the Bulldog defense actually outscored both offenses.

How did Georgia manage such a dominating performance?

Senior outside linebacker Adam Anderson – a projected first-round pick in the 2022 National Football League (NFL) draft – teamed up with senior defensive tackle (and Charlotte native) Jordan Davis to pace a ferocious Bulldog pass rush that sacked Uiagalelei seven times. Meanwhile, Smith and his defensive backfield mates – who were projected as the team’s weakest links headed into the season – effectively shut down the Tigers’ aerial attack.

Wide receiver Joseph Ngata burned them once on a deep route … but that was it.

Uiagalelei completed 19 of 37 passes (51.4 percent) for 178 yards with no touchdowns and the aforementioned interception – the first of his collegiate career. That is a new career low for the heralded 6-foot-4, 250-pound signal-caller from Inland Empire, California – at least as a starter.

Ngata (above) caught six of those passes for a career-high 110 yards. Heralded junior wideout Justyn Ross – the hero of the Tigers’s 2018 postseason march who missed all of last season with an injury – caught just four passes for 26 yards in his return to action.

If Uiagalelei bombed in his bid to “replace” this year’s No. 1 NFL draft pick, Trevor Lawrence, the Tigers’ attempt to replace tailback Travis Etienne was an even more spectacular failure.

Clemson netted a total of two – that’s right, 2 – rushing yards in the contest. As a team. To put that number in context, no Tiger team in the Dabo Swinney era has ever rushed for fewer yards.

To say offensive coordinator/ assistant head coach Tony Elliott is facing an existential crisis is hardly an understatement. And his excuses – that the Tigers could never “establish a rhythm” offensively and were cursed with “bad field position” – do not strike me as especially convincing.

“It was tough, all the way around,” Elliott (above, with Uiagalelei) said. “Especially with seven plays in the first quarter. Think we started both drives inside the 10-yard line.”

Maybe so … but good teams move the ball no matter where they are on the field.

Elliott’s assessment that Clemson’s woes are “very correctable” also strains credulity – unless we are talking about the Tigers’ upcoming matchups against SC State, Georgia Tech, Connecticut or Wake Forest defenses.

Unfortunately for Tiger fans – who have been spoiled over the last seven years – this would certainly seem to go to something deeper.

Prior to Saturday’s game, ESPN analyst Kirk Herbstreit predicted Clemson would have problems on the ground – and not just against a perennially stout Georgia defensive unit.

“Since they’ve been on this run for the past seven years, the quarterback run has been a big part of that,” he told Anna Hickey of 247 Sports. “I think if you go back to ’18 and ’19, they led the nation in yards per carry. Last year, they couldn’t run so they had to throw. I think the biggest story for me for Clemson is ‘what do they do without Travis Etienne?’ more than ‘what are they going to do without Lawrence?'”

Obviously, one week does not make a season. Saturday night’s offensive debacle could very well have been a fluke – and Elliott could be 100 percent correct in concluding that the Tigers’ offense will find its way back to productivity. It is also important to remember that as of this writing, Clemson should be favored in all of its remaining eleven regular season games. Should the Tigers win out – and then emerge victorious in the ACC championship game – it’s hard to imagine they would not make a record-setting seventh consecutive appearance in the College Football Playoff (CFP).

One more loss, though, and a CFP bid is out of the question.

Bottom line? There is zero margin for further error in Tigertown if Swinney and his staff want to remain alongside Nick Saban’s Alabama squad as a perennial national title contender.

Will Clemson make the College Football Playoff this season?