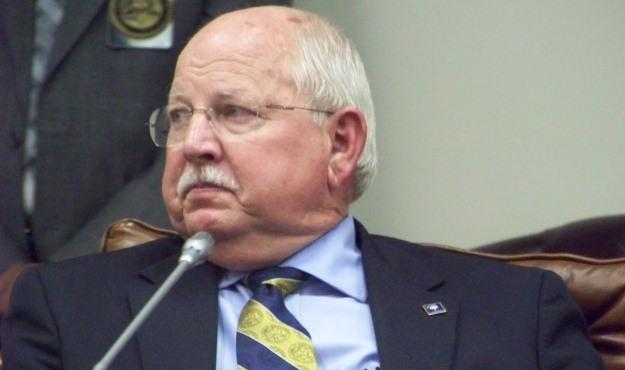 By FITSNEWS  ||  S.C. Rep. Bill Sandifer – one of the most influential and fiscally liberal members of the S.C. House of Representatives – is attracting scrutiny after he failed to provide details for nearly $20,000 worth of campaign spending.

Over the last three years, the “Republican” legislative leader spent $17,716 in credit card expenses related to conference travel – according to campaign finance disclosure forms obtained by The Nerve, a new media website operated under the auspices of the S.C. Policy Council.

Unfortunately for Sandifer – whose travel-related exploits are already the stuff of Palmetto political legend – his conference expenses were not itemized.  Also, it appears as though his tab for these conferences had already been picked up.

“(The $17,716 is) apparently on top of approximately $9,500 that the sponsors of 12 mostly in-state, coastal conferences collectively spent over the same period on the chairman of the powerful House Labor, Commerce and Industry Committee (LCI), who reported speaking at their events,” The Nerve‘s Rick Brundrett  reported.

For those of you who missed our weekend editions, South Carolina’s legacy media is finally picking up on our exclusive reporting regarding an ongoing federal-state investigation into allegations of corruption at the S.C. State House.

One of the areas “the probe” is said to be focusing in on?  Misuse of campaign funds by elected officials.

If Sandifer is indeed guilty of stroking campaign checks to cover personal expenses, he wouldn’t be the first to get caught.

In 2011, S.C. ways and means chairman Brian White was busted by reported Corey Hutchins spending thousands of dollars of his campaign money on personal expenses – including $10,000 at Sears on “office” expenses.

Astoundingly, White was never publicly investigated by his colleagues on the S.C. House “ethics” committee – which isn’t surprising seeing as this is the same corrupt cover-up panel that whitewashed Gov. Nikki Haley’s public corruption charges.

Sandifer refused to respond to multiple inquiries from The Nerve about the $17,716.

In addition to his potential campaign finance issues, Sandifer also operates a political action committee – which is another area of corruption the federal investigation of the S.C. State House is said to be exploring.