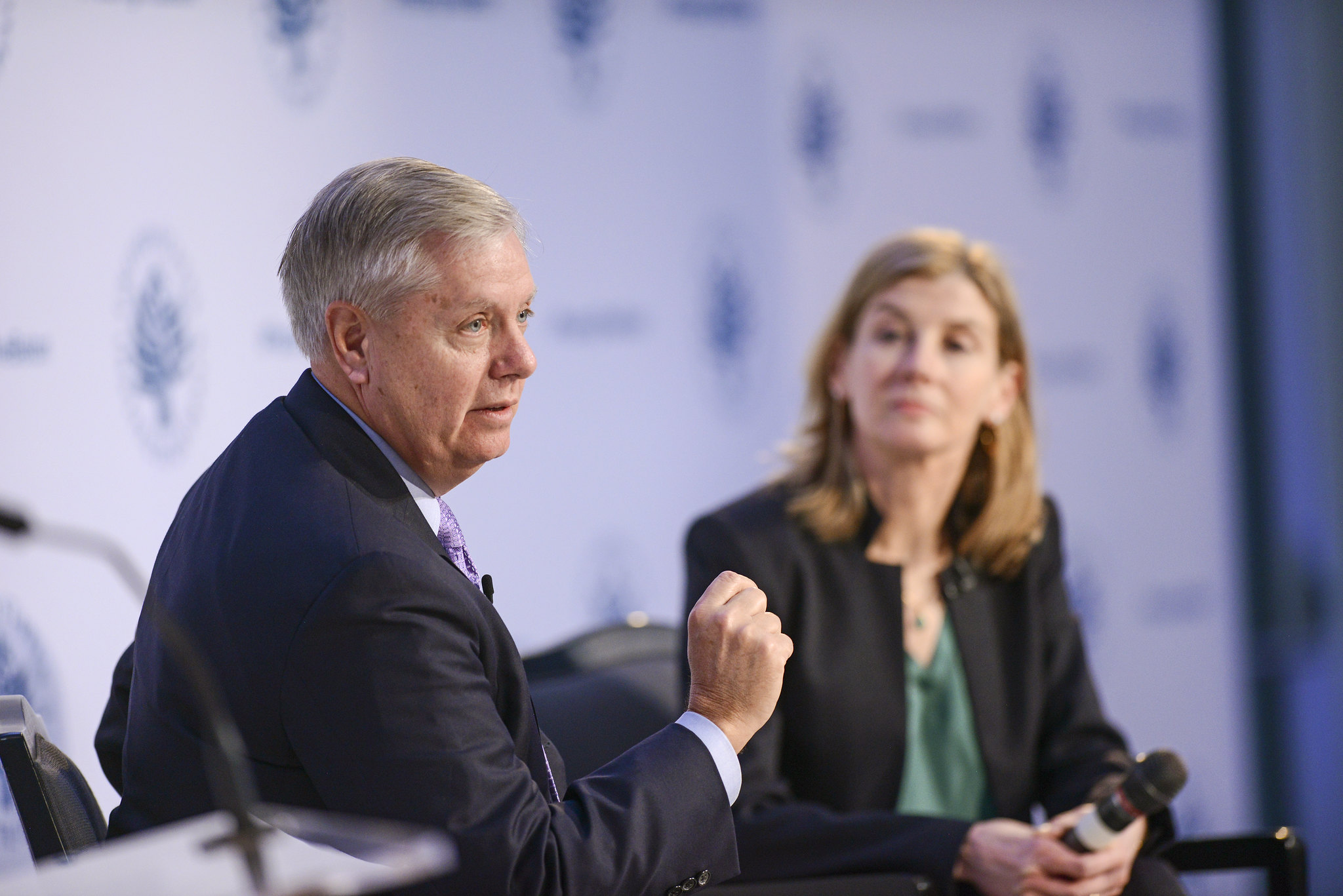 One week after the “completion” of a botched withdrawal from Afghanistan, American military assets are once again being touted as a means of prosecuting the “War on Terror” in this Islamic nation – which was occupied by American troops for the better part of the last two decades following the September 11, 2001 terrorist attacks.

Surprised? Don’t be. Graham’s incessant warmongering has led our nation into any number of military misadventures over the years, but surely his call for a “re-invasion” of Afghanistan ranks among his dumbest ideas ever. Right?

Nonetheless, Graham insists another American invasion of Afghanistan is inevitable due to the reestablishment of a credible terrorist threat against our nation and its allies …

“We will be going back into Afghanistan as we went back into Iraq and Syria,” Graham told a stunned Stephen Sackur of BBC’s Hardtalk over the Labor Day weekend.

“Hang on … are you … you seriously think the United States will once again, in the foreseeable future, put troops back into Afghanistan?” Sackur responded, incredulously.

“We’ll have to,” Graham repeatedly said, cutting off Sackur. “Because the threat will be so large. (Afghanistan) will be a cauldron for radical Islamic behavior.”

And yes, Graham invoked the same “hit them before they hit us” doctrine personally espoused to me back in 2007 by the late U.S. senator John McCain as he campaigned for the “Republican” presidential nomination.

As I noted last week, Graham has been getting slammed from all corners for his hypocritical hot takes on foreign policy – especially as it relates to Afghanistan, a nation known for centuries as the “Graveyard of Empires.”

Most notably, Fox News’ host Tucker Carlson laid bare Graham’s hypocrisy in calling for the impeachment of U.S. president Joe Biden. Make no mistake: Biden’s handling of the Afghan withdrawal has been atrocious – and he has been rightfully lambasted by leaders in both parties (as well as pundits occupying points all along the ideological spectrum).

But as Carlson pointed out, Biden “didn’t do this alone.” According to him, Graham is chief among the “reckless neoconservatives” who bear “personal responsibility for the debacle.”

While Carlson’s angry rebuke of Graham no doubt tickled the pharmaceutically enhanced erogenous zones of many a MAGA minion, the definitive high-brow critique of his ongoing ass-clownery came courtesy of the delectably diabolical pen of Kathleen Parker of The Washington Post.

People are still referring to Haley as a “cartoonish fussbudget.” And with good reason.

Anyway, according to a Parker column published on August 27, Graham has “displaced erstwhile presidential candidate John F. Kerry as the nation’s most-confounding flip-flopper.”

“He’s changed his positions so often he’s become the Madonna of politics, the Prince of contradiction, the Oprah of apostasy,” Parker (above) wrote in reference to Graham’s “chameleonic behavior.”

She even quoted Culture Club’s 1983 hit “Karma Chameleon” in her erudite excoriation, inviting readers to sing along with its lyrics …

“I’m a man without conviction …”

The thing is Graham – like Haley – does have one abiding conviction: Self-promotion.

“It’s obvious to attentive observers that Lindsey has loved being a highly respected and recognized U.S. senator,” Parker observed. “But without McCain or Trump hogging headlines, Lindsey’s relevance may have dwindled.”

Parker pointed out Graham “was reelected in 2020 and doesn’t have to genuflect to the Trump base for another four to five years” – which she views as a potentially positive political undercurrent.

One way or the other, it’s another another way of saying Graham “knows how to count.”

“You can predict his politics by the time remaining until his next election,” I wrote last week. “The further away from the upcoming vote, the more left-of-center Graham is. The closer the time comes to face Palmetto State citizens at the ballot box, the harder Graham tacks to the right.”

I have also reminded readers so-called “conservative” opposition to Graham in South Carolina never seems to manifest itself in the form of a credible GOP primary challenge – and when “Republican” voters have had opportunities to send Graham a message in general elections, they invariably circle the wagons.

Of course, the underlying truth here isn’t the latest exposure of Graham as a needy, self-serving and inherently duplicitous politician. Those are a dime a dozen – especially in the Palmetto State. The real reveal here is that Graham is a puppet.

As South Carolina’s own “Boy George,” Graham (like McCain before him) is lip-syncing for his masters – “Milli Vanilling” for a military-industrial complex which is intent on squandering as much of America’s blood and treasure as it possibly can on failed interventions which invariably make our nation less safe.

That is the real danger of Lindsey Graham … and that is why his reflexive interventionism (at any cost) can no longer form the basis of American foreign policy in Afghanistan. Or, for that matter, anywhere else.