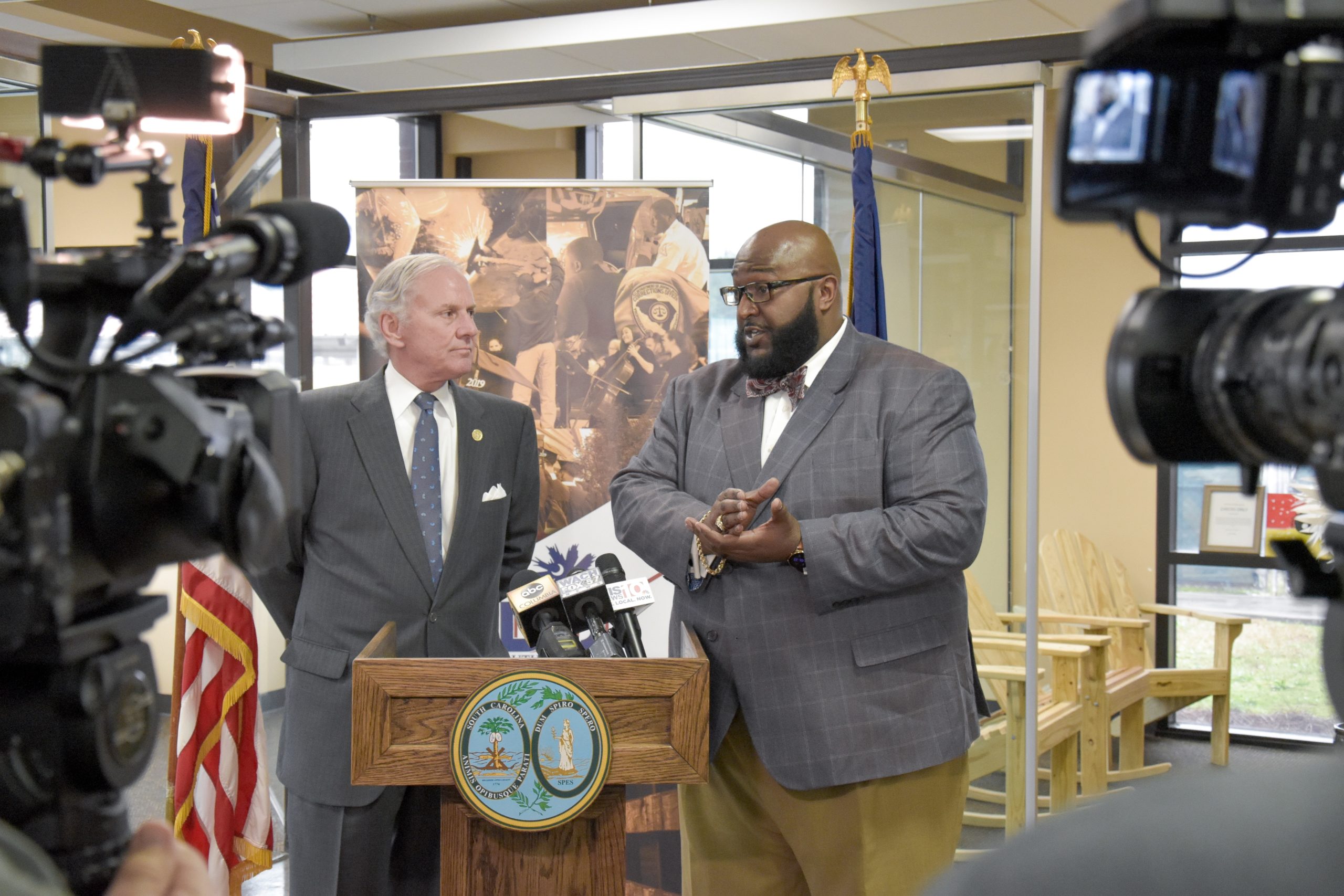 There was more drama at the scandal-scarred South Carolina Department of Juvenile Justice (SCDJJ) this week – underscoring the extent to which this dumpster fire of an agency continues to be mismanaged by the administration of governor Henry McMaster.

The latest issue occurred on Wednesday morning when one of the top guards at the agency – lieutenant Ricky Dyckes – was reportedly handcuffed and escorted from SCDJJ’s Broad River Road Complex (BRCC).

According to my sources, Dyckes verbally accosted his superior – administrator Sean Kane – over a dispute related to his compensation, some portion of which was allegedly withheld from him improperly. Several sources familiar with the situation told me the 11-year veteran has been “targeted” by agency leadership after appearing at a S.C. Senate hearing earlier this year and offering testimony related to many of the problems plaguing SCDJJ.

Dyckes also participated in a walkout at the agency several weeks ago.

“This is a retaliatory situation,” one source at the agency told me.

Dyckes told reporter Saskia Lindsay of WACH TV 57 (Fox – Columbia, S.C.) that he was removed from BRCC for speaking out about the “deplorable conditions” at the agency.

“I care about these juveniles,” Dyckes told Lindsay. “These juveniles have been in my unit going on two years. They’re people. They shouldn’t have to sit up there with feces and urine coming out the ground in their housing – and you got staff and kids inhaling all that toxic over there.”

“It’s just not humane for kids to be living down there like that,” Dyckes added. “I don’t let my dog live like that.”


Sadly, issues at SCDJJ are nothing new to readers of this news outlet. I have been covering them for years. More recently, our news director Mandy Matney has published a series of articles digging even deeper into the dysfunction – including numerous issues raised in a scathing report published earlier this year by the S.C. Legislative Audit Council (SCLAC).

Matney was the first reporter in the state to cover the audit of SCDJJ – which sparked calls for the resignation of McMaster’s embattled agency director, Freddie Pough.

McMaster has not fired Pough, however. In fact, he has doubled down on his support for the incompetent bureaucrat. Not only that, the status quo politician has verbally harangued a pair of state senators for attempting to bring some long-overdue accountability to this catastrophically mismanaged agency.

Pough was hand-picked by McMaster to fix this troubled bureaucracy in 2017 after a similarly scathing audit forced the resignation of former governor Nikki Haley’s SCDJJ director.

“Astoundingly, the agency is in worse shape now than it was then,” I noted in a post last month.

SCDJJ is in absolute chaos – plagued by escalating violence, debilitating shortages of front-line correctional guards, alleged mistreatment of juvenile inmates and staff and reports of financial mismanagement and possible misappropriation of funds by Pough and other members of his top-heavy bureaucracy.

How bad have things gotten? Earlier this year, agents of the S.C. State Law Enforcement Division (SLED) confirmed they were investigating reports of criminal activity at SCDJJ after several senators referred these allegations to S.C. attorney general Alan Wilson’s office. Also, as Matney exclusively reported back in May, a 16-year-old juvenile inmate attempted to commit suicide in an effort to draw attention to the myriad problems at the agency.

“He has been working in backed up sewage,” Shealy told me. “This is what these kids are living in.”

Shealy also said juvenile inmates were being held in a state of near-perpetual lockdown – creating a power keg that could erupt at any time.

The situation at SCDJJ – and particularly at its Broad River facility – has prompted several advocates to get more active in their efforts to reform the agency. One of them – Wendy Varner – has organized a Facebook group entitled “Let the Walls Talk” comprised of users who “demand SCDJJ be held accountable.”

In an interview on Wednesday afternoon, Varner told me she had a message for McMaster …

“YOU – governor McMaster – are responsible! Only you,” she said. “You placed the director in his position, and you are keeping him there. You are responsible for anything, and everything that comes from this. Good or bad, it’s on you sir. I hope you will be a leader who recognizes his mistakes, and takes actions to remedy them. South Carolina is watching.”

Dykes also had a message for McMaster, telling WACH TV’s Lindsey that the governor “needs to come here and see what’s going on with (his) own eyes.”

“Your upper management and your director is not cutting it,” Dykes added.