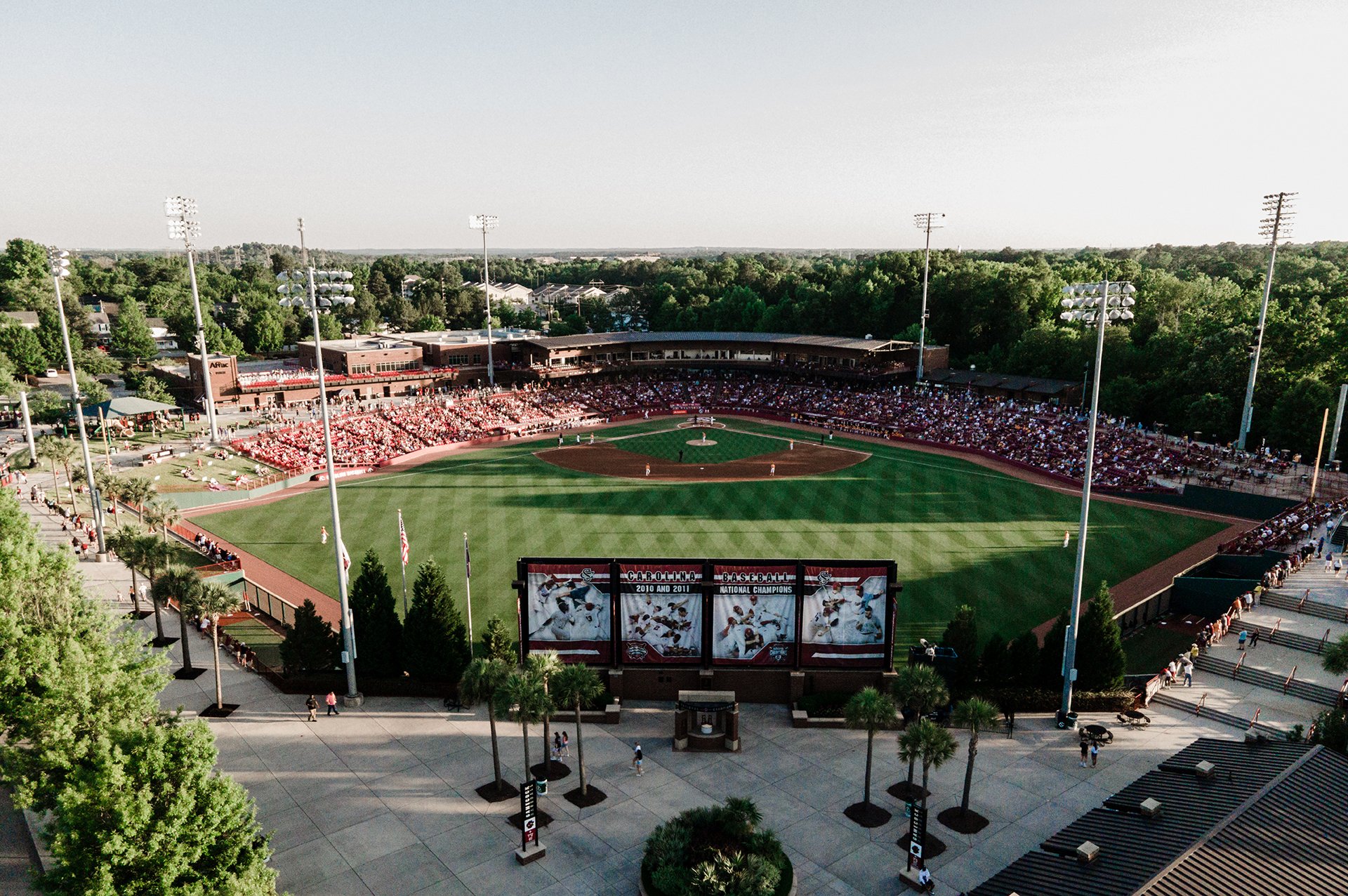 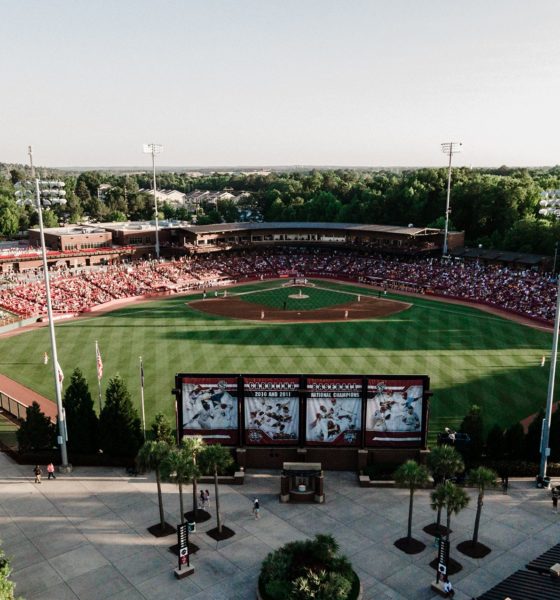 A season that began with high hopes – and which at one point seemed destined for greatness – came crashing back to earth last weekend as the University of South Carolina baseball team was bounced from its own postseason regional. Head coach Mark Kingston’s Gamecocks were eliminated by unranked Virginia – which ousted them from the NCAA tournament with a 3-2 on Sunday afternoon at Founders Park in downtown Columbia, S.C.

The loss ended South Carolina’s 2021 season at 34-23 – including a 16-14 mark against Southeastern Conference (SEC) opponents.

The Gamecocks climbed as high as No. 9 in the nation at one point this season, but fell out of the rankings in late May prior to going “one-and-done” in the SEC tournament – and getting bounced from their own regional.

South Carolina has now gone nine years without making the College World Series (CWS) – which the program won in 2010 and 2011 under former head coach (and current Gamecocks’ athletics director) Ray Tanner. The Gamecocks nearly made it three championships in a row in 2012 but were defeated in the CWS finals by Arizona.

Tanner tapped his top assistant Chad Holbrook to lead the program after he stepped down in 2012 to become athletics director – but that experiment ended with Holbrook getting run out of town in 2017.

Of course the Holbrook experiment was an unqualified success compared to Tanner’s disastrous tenure as athletics director – which continues to produce regression in every major sport except for women’s basketball.

Why is Tanner still employed? Because the university is an even bigger goat rodeo than his athletics department, believe it or not.

Meanwhile, Holbrook is in his fourth year at the College of Charleston – a post to which he was controversially hired just as he was being shown the door in Columbia, S.C. His 2021 squad in Charleston posted a 27-25 record, though, its worst mark of the Holbrook era.

Tanner hired Kingston in 2017 to replace Holbrook (despite the fact there were several bigger names in the conversation that year). Sound familiar? That’s exactly what happened to Tanner in the 2016 and 2020 college football head coaching carousels.

Why is South Carolina always the program left without a chair when the music stops?

Through four seasons in Columbia, the former South Florida coach is continuing to underperform expectations despite the success he and his staff have enjoyed on the recruiting trail. Which is exactly what happened with Holbrook.

Kingston started strong, leading South Carolina to a super regional appearance in his first year at the helm. Things fell apart the following year, though, with the Gamecocks suffering through their worst season in a quarter century. Kingston’s squad posted a disappointing 28-28 overall record and an atrocious 8-22 mark against conference opponents. That was the program’s worst conference record since joining the SEC in 1992 and its worst overall mark since 1996.

The program’s trajectory appeared to be improving modestly in 2020, but the college baseball season was suspended prior to conference play due to the coronavirus pandemic. South Carolina had a 12-4 record at the time the season was canceled – although it had yet to run the brutal SEC spring gauntlet.

This year? As it has done in seasons past, South Carolina started hot but faded down the stretch … posting an 11-13 mark over the final six weeks of the season. In fairness to Kingston, his team went up against No. 1 Arkansas, No. 4  Mississippi State, No. 4 Tennessee and No. 19 Ole Miss during that season-ending stretch – but the hope was the Gamecocks would rally in the postseason.

They didn’t … at least not offensively.

Through what amounts to three-and-a-half seasons, Kingston has posted a 111–81 overall record and a 41-49 mark against conference opponents. Needless to say, these are not the results to which Gamecock fans have grown accustomed.

Am I saying Kingston should be fired? No, I am not. The Covid-shortened 2020 season means this year was essentially his third full year on the job – and despite the fact his team faded down the stretch (and choked in the postseason) South Carolina has some solid players returning and is welcoming another consensus top fifteen national recruiting class.

Assuming the damage done by next month’s Major League Baseball (MLB) draft is minimal, South Carolina could field a legitimate CWS contender in 2022.

If South Carolina produces the same results next year, though (or worse) … I believe it would be time to start looking at other options at the head coaching position. Of course, if Tanner is still the athletics director at that point … why bother making a change?