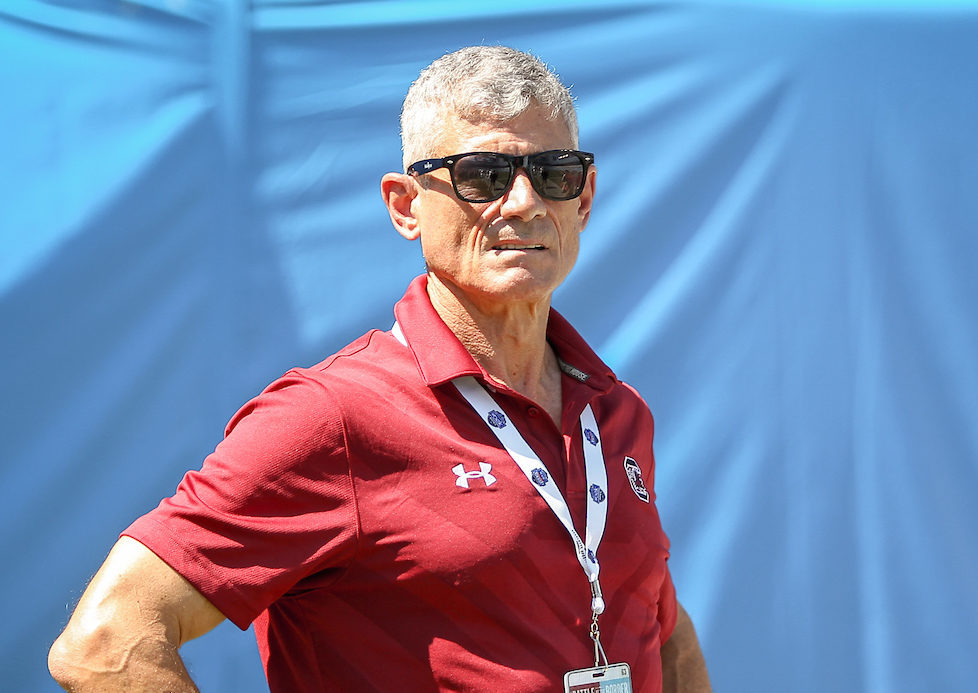 Ever since FITSNews first reported on University of South Carolina (USC) president Robert Caslen‘s plagiarized graduation speech last weekend, the scandal has continued to spin further and further out of control for USC officials.

The communications staff has issued several conflicting statements following the disastrous commencement speech — which has only deepened the disconnect between Caslen, a retired U.S. Army general, and the USC community.

Yesterday, Andy Shain of The (Charleston, S.C.) Post and Courier reported that Caslen offered to resign to Board Chairman Dorn Smith, who rejected the resignation.

But according to USC bylaws, Caslen broke protocol and some sources speculate it was an apparent attempt to circumvent the USC board of trustees.


To be clear — the bylaws state that it’s not up to just the chairman to decide on Caslen’s resignation, the whole board must decide.

“Each member of the Board of Trustees shall … recognize that the legal authority of the Board to govern and direct the University System rests with the collective Board and not individual Board members,” the USC bylaws say.

Further, the bylaws are clear that the president serves “at the will of the board.”

It does not say he serves “at the will of the board chairman.”

On Wednesday, three trustees told the Post and Courier they found out about Caslen’s attempted resignation through media reports and were left in the dark through the process — which is against protocol.

Several sources have speculated that Caslen and Smith did this as a way to present the board with a fait accompli.

Since the moment Caslen’s embarrassing commencement speech hit social media Friday night, the communications team at USC has only fueled the fiasco.

Following the plagiarism scandal, more than 340 USC students have signed a petition demanding that the board accept Caslen’s resignation.

“His recent plagiarism during his Commencement address is just another example of a presidency filled with lies and incompetence,” the students wrote. “Caslen is not being held to the same standards of integrity as UofSC students, who would face disciplinary action for any instance of plagiarism.”

In case you forgot, there were a lot of problems with Caslen’s speech.

“During his address to graduates, Caslen slurred his words, couldn’t remember the name of his own university (mistaking it for the far more prestigious University of California) and appeared to mock the pastor who delivered the ceremony’s invocation,” FITSNews founding editor Will Folks wrote.

Following the viral “University of California” blunder, the USC communications team released a strange statement that looked like they were making excuses for the error.

“The president speaks at 15 separate ceremonies all across the state during spring commencement season,” USC officials said in a statement.

All of those 15 ceremonies are in the state of South Carolina — not California — so it really doesn’t help his case.

Anyways, the next day, FITSNews founding editor Will Folks dropped a bombshell report on USC alleging that Caslen plagiarized from a commencement address delivered seven years ago at the University of Texas by retired U.S. Navy four-star admiral William H. McRaven.

Here is a transcript from Caslen’s speech on Friday night:

“Know that life is not fair and if you’re like me you’ll fail often. But if you take some risks, step up when times are toughest, face down the cowardly bullies and lift up the downtrodden and never, never give up – if you do those things, the next generation and the generations to follow will live in a world far better than the one we have today.

And what started here – today – will indeed change the world for the better.“

Now, here is a transcript from McRaven’s speech:

“Know that life is not fair and that you will fail often. But if take you take some risks, step up when the times are the toughest, face down the bullies, lift up the downtrodden and never, ever give up – if you do these things, the next generation and the generations that follow will live in a world far better than the one we have today.

And what started here will indeed have changed the world – for the better.“

He changed a few words from McRaven’s speech (which, as Folks pointed out, is a famous speech included in the first link article that appears when Googling for “best commencement speeches“).


What’s worse? He used this same excerpt at least two other times after the night of the “University of California” remarks. During graduation speeches on Saturday morning and Saturday night, he closed with the same few sentences and tweaked a couple words.

In a May 8 speech, he swapped out “bullies” for “haters.” He never once gave McRaven credit for his words.

On Monday, Caslen issued an apology and said he “failed to cite” McRaven.

If you were trying to quote someone, why would you swap out some of their words? And how could you forget to add attribution during three separate speeches?

On Monday, Caslen did a sit-down interview with Judi Gatson of WIS-TV 10.

In the interview, Caslen apologized for the mistake and said he would be willing to resign if the board of trustees asked him to do it.

At no point in this interview did Caslen hint at the fact that he already resigned and the board didn’t accept it.

Which, frankly, doesn’t exactly help with the “trust issue” here…

In the interveiw, Caslen did not admit to plagiarizing, but instead said that he forgot to attribute in his speech.

But then, Caslen admitted to lifting two full paragraphs from McRaven’s speech, according to the Post and Courier.

So did he plagiarize or “forget” to cite sources (not that it matters in academia)?

The University’s communications team has flip-flopped and spun the truth so many times in this scandal, it’s hard to see straight.

Did Caslen resign or not?

Who rejected his resignation?

When did he submit his resignation?

What’s the next step?

The university should have answered these questions by now. South Carolina taxpayers, students, and alum deserve better than this.

FITSNews reached out to USC spokesperson Jeff Stensland multiple times on Wednesday morning to get these questions answers. At the time of publication, we had not heard back.

Caslen’s speech scandal came at the tail end of a disastrous semester for USC officials.

Caslen has received some support from the USC community this week. Beloved basketball coach Dawn Staley and the new student body president Alex Harrell both defended the USC president on Twitter recently.

It’s hard to say what the board will do next, but USC clearly has a serious “trust issue” on its hands and the lies/ truth-spinning from officials is only creating a bigger crisis.

FITSNews will continue to report on the USC scandal. Stay tuned.

The Jamal Sutherland Case: Charleston, South Carolina Is About To Erupt