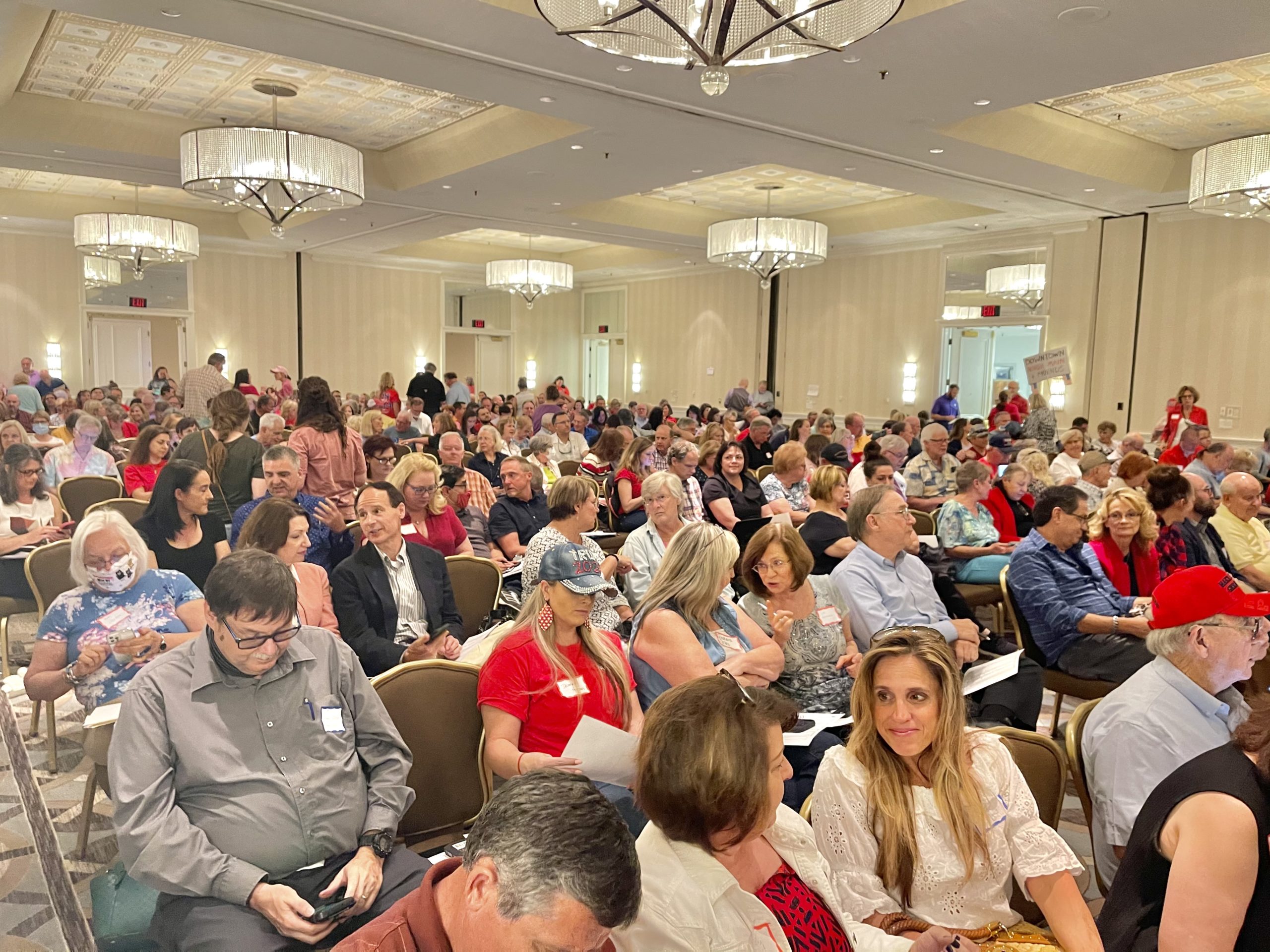 Greenville county is the beating heart of the Republican electorate in South Carolina. Anyone looking to win a statewide GOP primary – or garner a pivotal “First in the South” presidential victory – must pay obeisance to its GOP voters.

Accordingly, the leadership of its local Republican party matters a great deal in Palmetto politics … which is why I’ve been following the ongoing GOP turf war in Greenville very closely.

The schism within the Greenville GOP is related in part to the schism taking place within the party at the state and national levels. It boils down to this: The Republican party is struggling to adapt to its new status as the minority in Washington, D.C. It is also struggling to define itself beyond the personage of former U.S. president Donald Trump. Most of all, though, it is struggling to maintain cohesion amongst its various factions – including fiscal “moderates,” #NeverTrumpers, neoconservatives, libertarian-leaners, social conservatives, free market conservatives and MAGA warriors.

Against this backdrop, Greenville county Republican party members elected a slate of new officers earlier this week – as documented in this post by my friend Justin Alexander.

Wait, though … did the Trump forces really lose this vote?


In asking that question, I am not referring to allegations from the MAGA clan that this vote – which was conducted “virtually” – was stolen. That may well have been the case, but I am referring to the “other” vote that took place in Greenville county this week.

The one you may not have heard about … but which could have much bigger long-term ramifications at the state level (and beyond).

As I have noted in several recent articles, an army of Trump loyalists from across the state has coalesced under the banner of MySCGOP.com. Among the stated goals of this new organization is a “purge” of what it refers to as the “RINO establishment elite.”

That’s a reference to “Republicans in Name Only,” or GOP candidates who campaign as conservatives but govern quite differently. And needless to say, there is no shortage of those in South Carolina.

According to its website, MySCGOP.com is comprised of “like-minded patriotic and conservative groups (from) across South Carolina who want to drain the swamp in Columbia.”

At the head of this column? Former Trump attorney Lin Wood – who recently moved from Georgia to South Carolina with the intention of challenging current S.C. Republican Party (SCGOP) chairman Drew McKissick for his seat. While McKissick has Trump’s unwavering support as he vies for a third term in office, he also angered many conservatives last spring when he meddled in multiple GOP primary elections on behalf of fiscally liberal incumbents and challengers.

Such involvement by the party in its own primary elections was unprecedented – and conservatives have not forgotten McKissick’s actions.

Which brings me to this week’s “other” vote in Greenville. While the so-called “MAGA slate” was putatively defeated on Tuesday evening – McKissick was dealt a major blow when Wood appeared to capture an overwhelming majority of the county’s elected delegates to this spring’s SCGOP convention.

According to one source, at least 75 of the 79 delegates chosen to represent the county at the state convention are “100 percent” Wood supporters. Wood appears to enjoy a similarly decisive majority among the alternate delegates chosen at the “virtual” convention in Greenville, too.

Wait a minute … how could the MySCGOP.com slate come up short in all three county leadership races yet dominate the Greenville delegate count?

According to the group’s leaders, the party “establishment” neglected to focus on anything other than getting its three candidates elected to the leadership posts this week. The delegate vote? It was an afterthought.

“Those people were told to vote for the leadership and not worry about anything else,” one MySCGOP.com organizer told me.

Of course, the organizer quickly added that the discrepancy in the two vote counts “proves the steal.”

“If they really had the votes they would have secured their delegates, don’t you think?” the source said.

True … but if the first vote was rigged by the “establishment,” as has been alleged, why would these organizers fail to rig the delegate vote, as well? Especially considering how important it could wind up being in determining the leadership of the party at the state level?

A neutral observer familiar with the operation of the county convention told me this week that the “establishment” (or “conservative”) slate indeed failed to pay attention to the delegate vote – supposedly due to a lack of time. That led to the decisive victory for the MAGA slate.

“The other side didn’t push a delegate slate, they only had time to organize for the county offices,” the observer said. “Those votes got split up. The MAGA folks voted as a solid bloc and got their intended effect there.”


So will this “intended effect” be duplicated at other county conventions across the state? And if so, does that mean McKissick – who heretofore has been considered a lock to win another term owing to his do-boy status with Trump – could actually face a credible challenge from Wood?

I’m not sure … but my guess is what happened in Greenville will prompt a full-scale push by the state party to ensure that the delegate selection process in other counties is better, um, “regulated.” However, if the MySCGOP/ MAGA slate turns out the same number of supporters it did in the Upstate, it could be very difficult for party leaders to stem the tide.

The next battleground in this surprisingly competitive intra-party war? The Palmetto Lowcountry …

Charleston county Republicans – already no strangers to deep division – are scheduled to hold their county convention this Saturday, April 17, 2021. The event will be held at Trident Technical College beginning at 12:00 p.m. EDT. Count on my news outlet to keep you in the loop regarding any developments of note from that gathering.