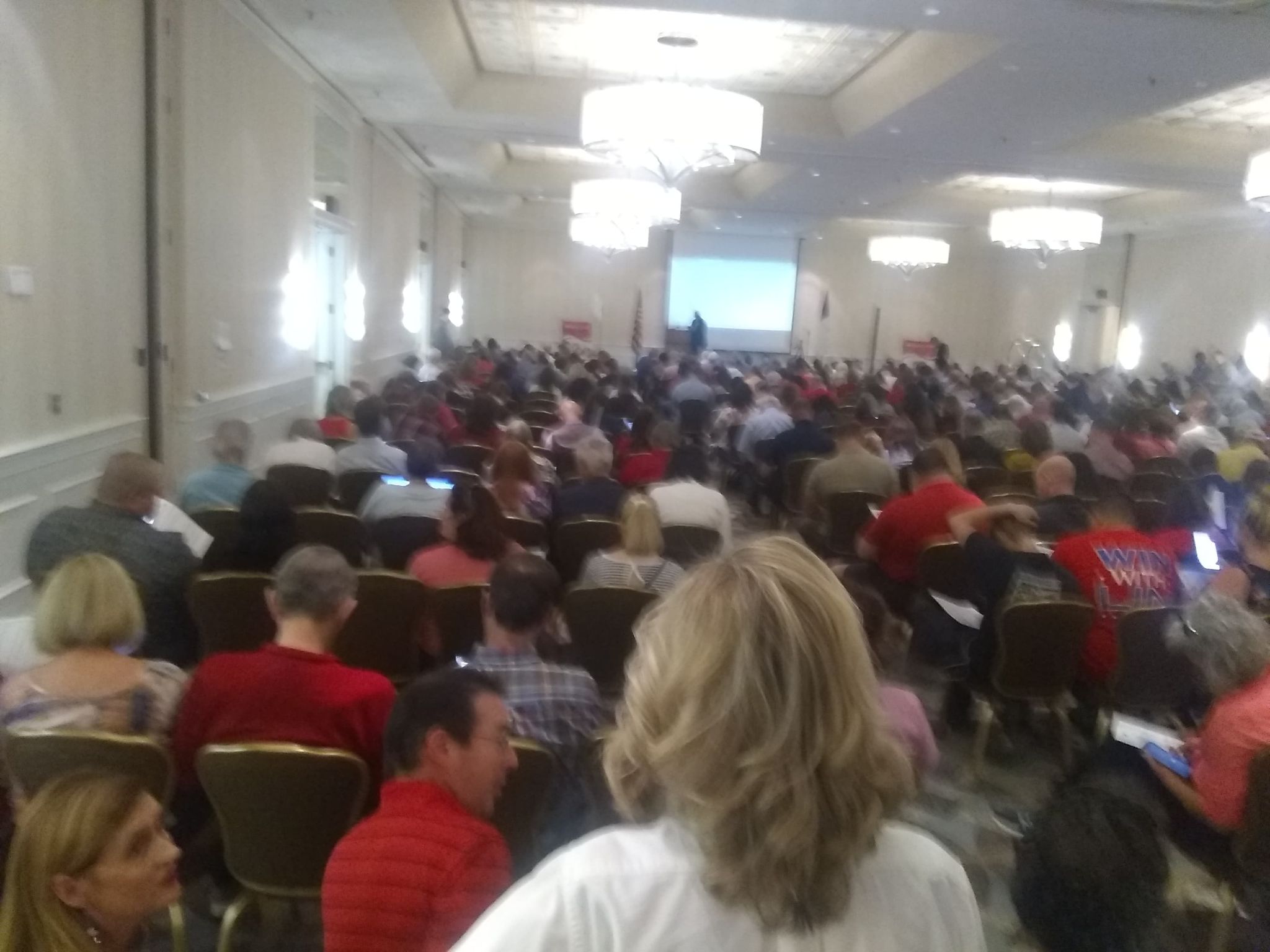 by JUSTIN ALEXANDER || Political conventions are a time for pageantry, networking, electing party officers and, more often than not, drama.  This is especially true in the South Carolina Upstate, where the party faithful tend to be rather … passionate?  Putting it more charitably, Greenville county – the Palmetto State’s GOP stronghold – is a place where people are truly committed to their specific vision of what the party should be.  In fact, this author is a former county resident who is unashamed to admit he, too, participated with a certain degree of gusto.

So how did the 2021 county convention battle – previewed on FITSNews last week – ultimately shake out?

Outgoing party chairman Nate Leupp has been a frequent target of criticism from those in the Tea Party movement.  He has also been praised by SCGOP officers, and is frequently asked to be a parliamentarian in other counties’ conventions.  In 2019, Leupp faced a challenge from Greenville Tea Party president Pressley Stutts.  Leupp defeated Stutts and completed a second term in office before opting not to run again this year.

Candidates looking to replace Leupp did not announce their intentions until relatively close to the convention.  Greenville attorney Jeff Davis and Stutts have been working together with a group called MySCGOP.com – which has been running a “get out the vote” campaign to increase participation in the reorganization process and also to coordinate participation in various county conventions.  This group held multiple training sessions – both in person and online – and helped contribute to the unprecedented participation we saw on Tuesday evening.


Stutts and Davis are familiar to many in the Upstate.  They were early and enthusiastic supporters of former U.S. president Donald Trump, and MySCGOP was essentially a pro-MAGA / conservative effort.  Stutts and Davis were also instrumental in getting Lin Wood – who filed multiple election challenges alleging voter fraud on Trump’s behalf – to run for chairman of the S.C. Republican Party (SCGOP).

In Greenville, Davis announced his candidacy for county chair while Stutts campaigned for a seat on the state executive committee. Challenging Davis and Stutts were Jennifer Black and Stacy Shea – two well-known Greenville activists.

Davis’ and Stutts’ antagonism to current county and state leadership make Black and Shea natural choices for many who found Stutts and Davis too abrasive.  That said, neither Black nor Shea are, by any stretch of the imagination, RINO’s.  In fact, Shea was instrumental in retiring former state senator Larry Martin – who consistently voted against gun rights.  Rounding out this ticket was Randy Page, a long time SCGOP insider and chief of staff at Greenville’s Bob Jones University.

Greenville county saw an unprecedented 1,500 delegates attend this year’s county convention.  Between Covid-19 capacity restrictions and subsidizing the cost of a venue large enough to accommodate so many people, party officials claimed to be unable to find a suitable location that fit within their budget.

And so on April 9, 2021, an announcement went out that the convention would be held virtually.  Neither Davis or Shea were particularly happy with this change – while many delegates voiced concerns over ballot security.

A VIRTUAL CONVENTION … HOW DOES THAT WORK?

Most delegates had never been to or observed a virtual convention, in which party officials contracted with an independent third party software vendor to conduct the actual voting.  At the same time, Davis and Stutts arranged an “in person” virtual convention.

They rented a ballroom at the local Hilton and invited those interested to attend.  By my estimation, there were about 450 attendees – not all of them happy.

“I don’t like it, something like this needs to be in person,” delegate Bob Taylor from Circle Creek precinct noted. “You don’t feel like you’re part of the process.”

At 7:00 p.m. EDT, the third party vendor emailed a link to a ballot.  Voting was to occur from 7:00 p.m. to 9:00 p.m. EDT.  Delegates voted for county chairman, state executive committeeman, first vice-chairman and selected 79 delegates to the state convention from a list of approximately 540 names.

The ballroom was packed to capacity as people hunkered over smartphones, tablets and laptops.  Tech savvy volunteers circulated through the crowd, assisting those having trouble connecting to the hotel’s wifi.  At one point, Stutts explained to the crowd the two resolutions that were being voted on.  Attendees erupted in applause when he announced one resolution was to declare South Carolina a Bill of Rights Sanctuary State.

After that, it was over.  Delegates had cast their ballots – and I returned home.  However, in a move that is sure to raise eyebrows, party officials sent an email which stated that “due to the large number of delegates and email issues with ballots, we are extending delegate voting to 9:30 p.m. and [sic] then begin reaching out to alternates.”

The third party software solution was supposed to remove the human factor from the election – but it didn’t. Neither shutting out voters who encountered technical difficulties – nor extending voting times beyond the appointed hour – were good looks for a party touting election transparency.

Also, the process by which alternates were contacted – not to mention who contacted them – wasn’t made clear.

At 11:30 p.m. EDT, the party posted the following results: In the chairman’s race, Jennifer Black received 680 votes to Davis’ 594 votes.  For first vice chair, Shea received 659 votes to local businessman Walter Horin’s 614 votes, and for state executive committeeman, Randy Page received 686 votes to Stutts’ 596 votes.  There’s no doubt that Stutts and Davis waged a monumental effort – as these were some of the closest races in recent history.

It’s my hope that those on both sides of this race can move forward together and create a cohesive party that all will be able to support.  But that’s a chapter yet to be written.

Justin Alexander is a conservative activist from the South Carolina Upstate.