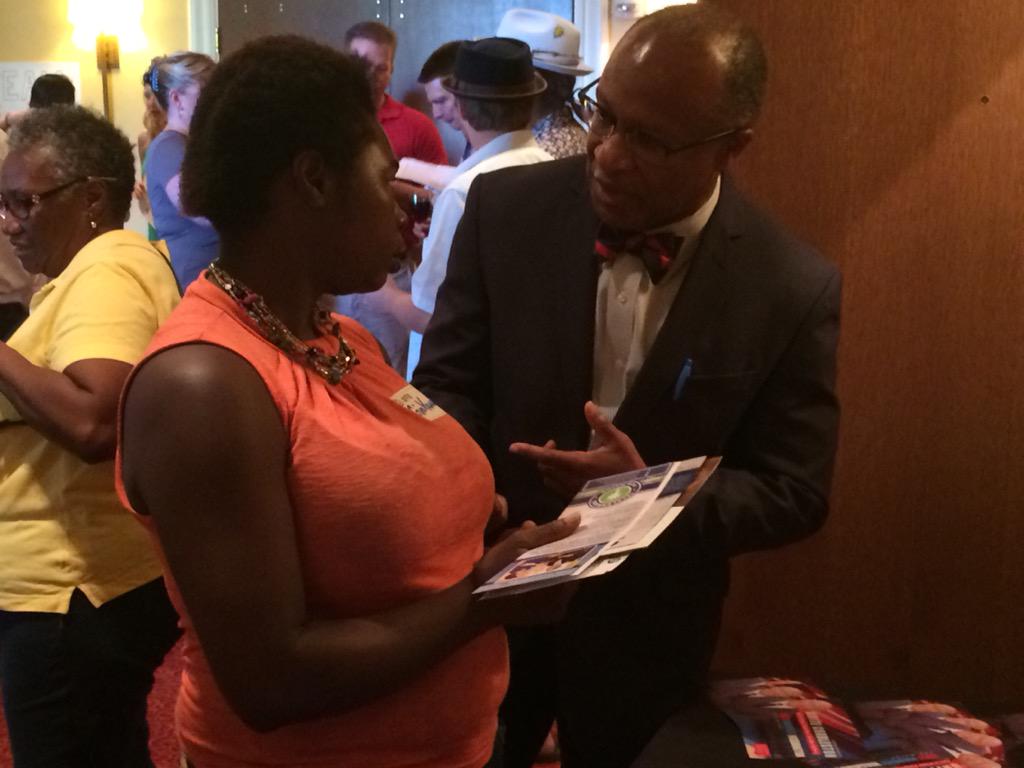 After the unmitigated failure of former South Carolina senator John Kuhn as their chairman, Republicans in Charleston, S.C. have tapped former city councilman Maurice Washington to be their next leader. The one-time Democrat was elected GOP chairman on Monday night – less than a month after Kuhn’s fiery resignation speech.

Washington recently completed a failed bid for mayor of Charleston – his third attempt at that office. He has also run unsuccessfully for seats in the S.C. General Assembly.

For six years, the 58-year-old businessman was chairman of the board at historically black S.C. State University (SCSU). He was ousted from this post in 2013 amid plummeting enrollment, budget shortfalls and allegations of mismanagement.

Despite his spotty record, Washington is beloved by the local media elites.

“Washington is a thoughtful man with a strong grasp of community issues,” columnist Brian Hicks of The (Charleston, S.C.) Post and Courier recently noted. “As importantly, his idea of politics is more common ground than scorched-earth. That would be a smart tactic for a county party that has been absolutely thumped in the past two election cycles.”

Hicks is certainly right about Republicans in Charleston county getting thumped in recent years. In addition to the shocking upset victory of Democrat Joe Cunningham in the first congressional district race last fall, Republican governor Henry McMaster was thrashed in Charleston county by Democrat James Smith in the 2018 South Carolina gubernatorial race – losing by a 57-42 percent margin.

Charleston Democrats are also making moves on potentially vulnerable GOP state lawmakers in both the S.C. House and State Senate.

Can Washington stop the bleeding? Can he unify a divided party?

We don’t know, honestly. It’s not a hill but a mountain he is facing, although Cunningham’s recent vote to impeach U.S. president Donald Trump has certainly fired up the party’s base – and affords Lowcountry Republicans a real chance to take back this congressional district in the fall.

Washington’s selection as the first black chairman of the party (in the modern era, anyway) will likely win him additional plaudits from “identi-pundits” like Hicks – and will probably assist in GOP outreach efforts, too.

At some point, though, the rubber must make contact with the road … which is where Washington has struggled in the past.