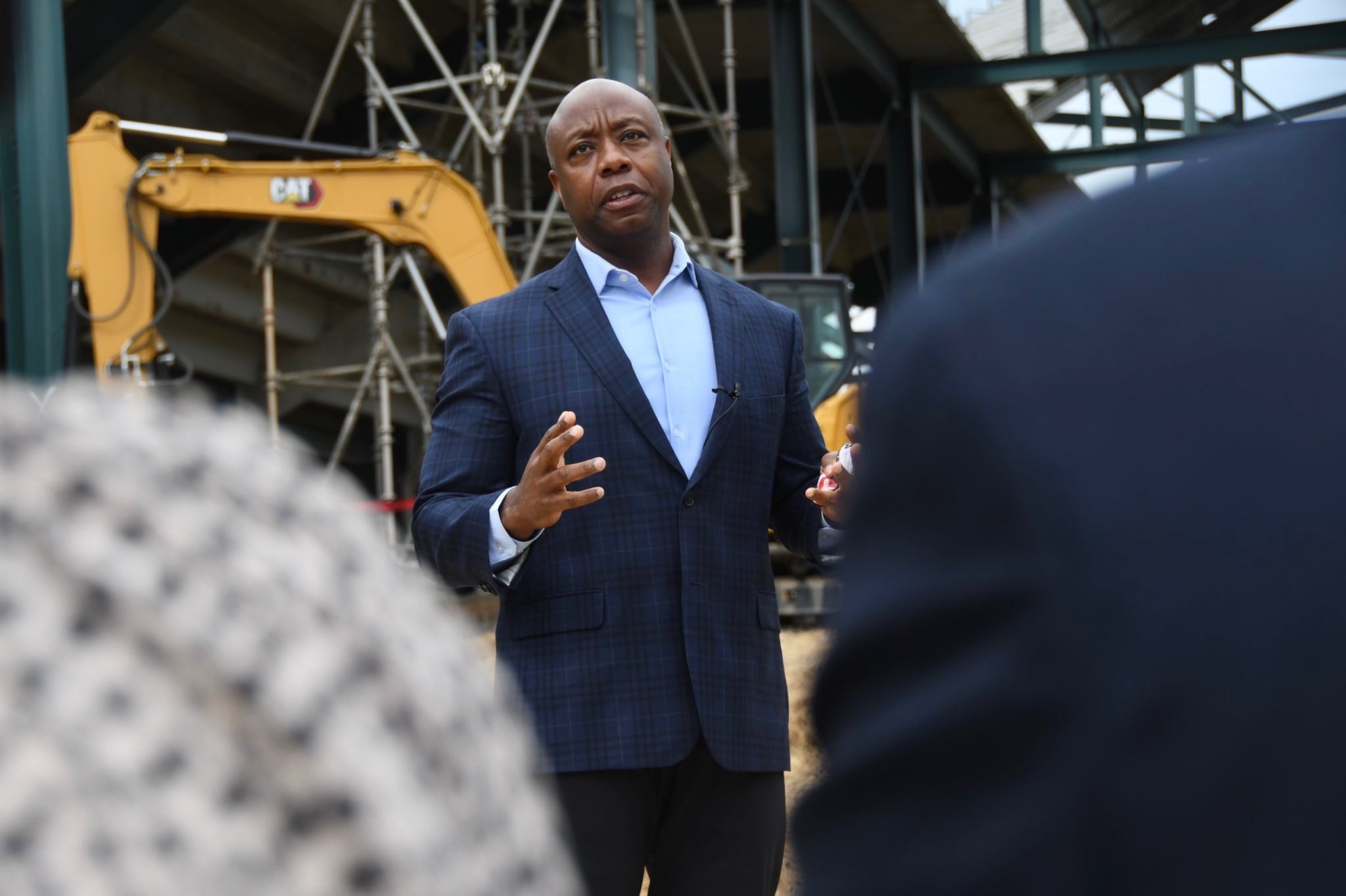 Matthews announced her candidacy on the steps of the S.C. State House earlier this week.

“I can trace my family roots to the shores of the Lowcountry when we arrived in bondage,” Matthews said, kicking off her campaign on a decidedly “woke” note.

In recalling her decision to enter public service, the Ohio native said she was motivated by multiple factors.

“I saw working families like (mine) who weren’t benefiting from the economy, I saw women like me whose vaginas were being policed by those who don’t have one, I saw parents like me who were frustrated with South Carolina’s consistent inadequacy with education for our children – I also saw black mothers like me and so many other people of color who fear for our kids safety every day when they just walk out the door,” she said.


Hmmm … Matthews certainly gets no argument from me when it comes to the consistently abysmal results churned out by South Carolina’s atrocious system of government-run education. However, my guess is her “solution” would differ dramatically from mine.

I believe market-based reforms like universal parental choice are desperately needed in order to apply meaningful pressure to the current system – while simultaneously reducing the burden on struggling taxpayers. Matthews and her allies at the S.C. State House believe taxpayers should continue throwing more money at the problem.

Which, incidentally … is what they have been doing for decades. To no avail.

In fact, so much money has been thrown at the current system it is starting to stockpile (and that was before the Covid-19 spigot was turned on).

(Via: Matthews for U.S. Senate)

Anyway, Matthews (above) is the second Democrat to announce her intention to challenge Scott – who was appointed in 2012 by former governor Nikki Haley to fill the vacancy created by the retirement of Jim DeMint. In 2014, Scott won a statewide election to fill the remaining two years of DeMint’s term, and in 2016 he won a statewide race to win a full, six-year term.

Speculation has swirled as to whether Scott would run again in 2022. As I noted in a recent column, the 55-year-old insurance agent/ financial advisor “loathes Washington, D.C. and is eager to return home to the Palmetto State.” Some say Scott might run for governor upon his return. Others say he is more interested in starting a Christian ministry or a family … or perhaps both.

Whatever his eventual goal, though, Scott appears to be lined up for one more U.S. Senate race. And he is one of the few Republicans who appears to be substantively engaging issues that matter to the state’s GOP electorate.

Can Democrats unseat him? No …

Barring some seismic and utterly unforeseen occurrence, Scott is a shoo-in – probably the safest statewide elected official South Carolina has seen in some time.

Remember, last fall South Carolina Democrats fielded the most well-funded U.S. Senate candidate in history. Not only that, they ran this candidate against Lindsey Graham – a shape-shifting chameleon who was all sorts of vulnerable in the 2020 general election.

What happened? Graham won in a walk. The key to his landslide was the September 2020 death of U.S. supreme court justice Ruth Bader Ginsburg – which afforded him a starring role in the nomination of her replacement, Amy Coney Barrett. That fight helped South Carolina Republicans nationalize the race – and the political machine of Democratic nominee Jaime Harrison (stupidly) went along with it.

Now, Palmetto State Democrats are wasting precious time and resources on a U.S. Senate race they have absolutely no chance of winning. In fact, thanks to Matthews’ announcement they are now obligated to hold a primary for this nomination as another candidate, Spartanburg county Democratic chairwoman Angela Geter, has already announced her intention to file.


“What the hell (Matthews) saw last year that makes her (or anyone) think Tim Scott is beatable is beyond me,” one Democratic activist told me this week. “Now we have a Democratic primary for a seat we’ll never win – (one which) takes what will already be scarce resources away from the gubernatorial race. 2022 just got worse for us. Democrats in South Carolina can’t think strategically for shit.”

No argument from me there …

Unlike Scott, South Carolina governor Henry McMaster is potentially vulnerable in a statewide race – assuming the right kind of Democrat were to run the right kind of campaign (two admittedly far-fetched assumptions). The 73-year-old caricature of the Old South enjoys steady but not spectacular support amongst GOP primary voters – a less-than-sturdy base that could undergo considerable erosion in the likely event he becomes the target of a well-funded primary challenge from Greenville businessman John Warren.

Warren nearly knocked off McMaster in 2018, readers will recall … with the incumbent requiring then-U.S. president Donald Trump to come in at the eleventh hour and save his bacon.

Do I think McMaster is likely to lose a general election in 2022? Even if he manages to emerge bloody but unbowed from a brutally divisive GOP primary? No, I do not. But Democrats at least stand a fighting chance against him – unlike they do in a campaign against Scott.

by Will Folks
Will FolksJanuary 28, 2022February 3, 2022
South Carolina Politics