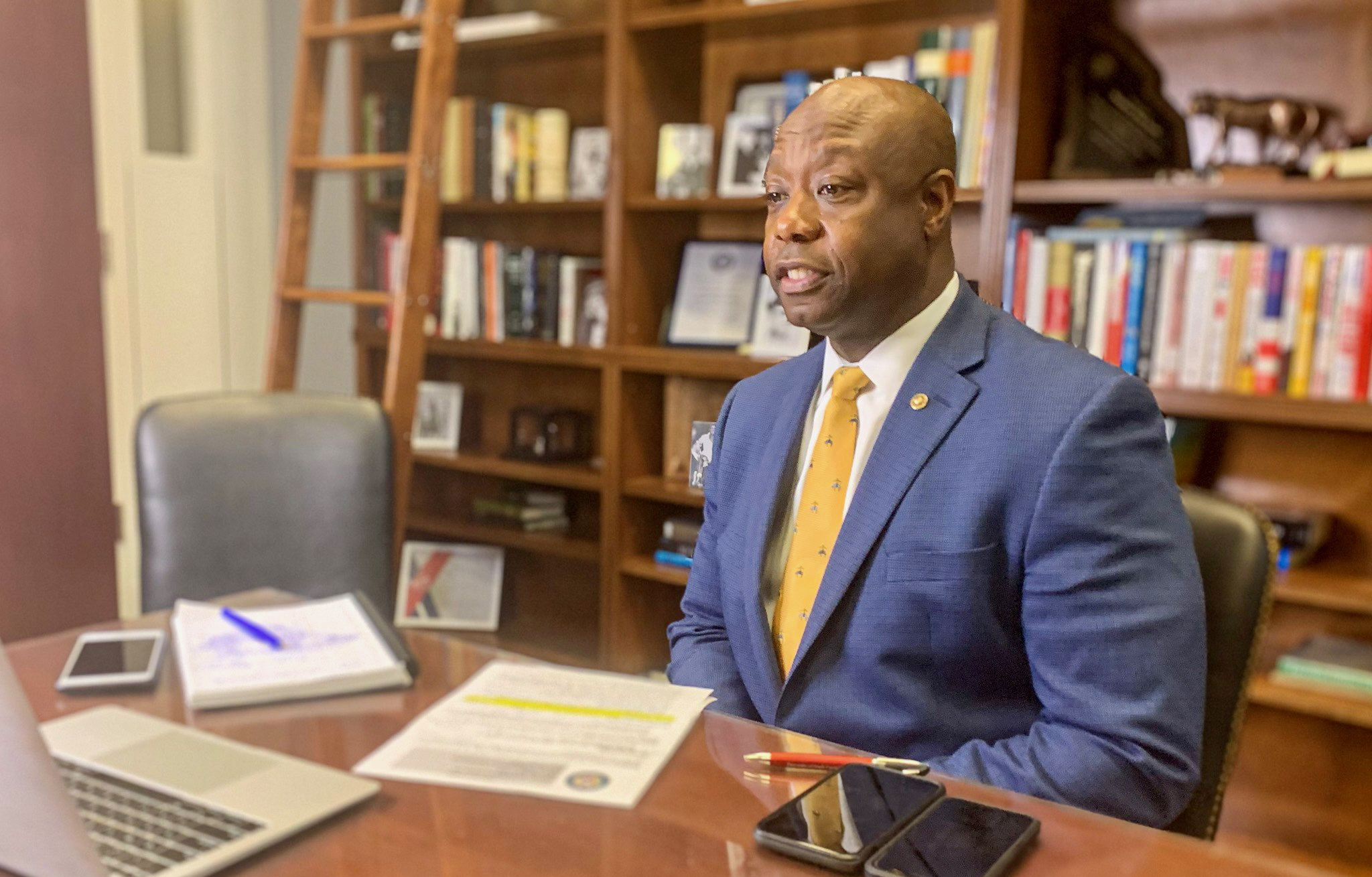 There has been quiet but abiding speculation in recent months that U.S. senator Tim Scott of South Carolina is leaning against seeking another six-year term in the U.S. Senate.

Wait a minute … why on earth would Scott not run again?

It certainly wouldn’t be because Scott is unpopular within his own party (polls show him receiving overwhelming support from GOP primary voters in the Palmetto State). Nor is Scott occupying a remotely vulnerable seat – one in which a well-funded Democratic challenger could conceivably unseat him.

After all, the most well-funded Democrat in American history challenged arguably the most vulnerable “Republican” in Washington D.C. last fall in the Palmetto State … and still lost.

No, the speculation surrounding Scott has nothing to do with factors surrounding him … but rather within him.

Multiple sources close to Scott have told us for years that he loathes Washington, D.C. and is eager to return home to the Palmetto State. Some say he intends to remain in public service upon his return – perhaps seeking a statewide office at some point in the future. Others contend that Scott – a devout Christian – is more interested in launching his own ministry.

And perhaps starting a family …


To be clear: Scott has said nothing of substance of late about his 2022 plans. In 2019, the 55-year-old former insurance agent said that the upcoming election would be his last Senate campaign – “if” he ran.

That important two-letter caveat seems to have been completely lost on the Palmetto political class, who took Scott’s pronouncement as a definitive assertion that he would seek one more term in Washington, D.C.

According to our sources, Scott is committed to one more campaign – and is “100 percent” running for reelection. But the speculation persists …

This week, Scott drew what appears to be his first announced Republican primary opponent – Timothy Swain of Walterboro, S.C.

A “dedicated supporter” of former U.S. president Donald Trump, Swain is a self-described “America first” candidate. A “homeschool dad with a background in construction estimating and management,” he is also a GOP precinct president.

According to Patrick Howley of National File, Swain decided to run against Scott after repeatedly trying “to get information about the disputed 2020 presidential election” to the senator.

Worth noting? Scott has been one of the few Republicans driving the election reform discussion in the aftermath of the disputed 2020 presidential contest between Trump and U.S. president Joe Biden.

Swain wanted a voice in that conversation, it appears … but didn’t get the response he was looking for from Scott.

“He called up Scott’s Washington, D.C. and South Carolina offices numerous times during the disputed election and offered Scott his services to help ensure election integrity,” Howley reported. “But Scott’s staff was not receptive and would never patch him through to the senator.”

Hmmmm … is that a substantive basis for a campaign? Or sour grapes?

Swain is certainly a credible candidate when it comes to the issues – offering an extensive list of positions detailing where he stands. His website even provides a contrasting “Tale of Two Tims” in which he asserts that he is superior to Scott on several of these fronts – including his support for a total of $2,000 in individual “stimulus” payments.

Scott voted against the latest “stimulus” which included $1,400 in checks for most middle- and low-income Americans – although in fairness the legislation pushed by Biden included a plethora of unrelated, unnecessary spending items.

Our founding editor Will Folks would have voted against the legislation, and believes Scott deserves credit for opposing it.

“Ninety percent of this pork-filled bill is unrelated to the pandemic, less than ten percent of this bill is for COVID health care relief, and only one percent is designated for vaccines,” Scott said at the time of the vote. “To make matters worse, it creates slush funds to bail out states that mismanage their finances, has no requirements to get children back in the classroom, slows down our already recovering economy, discourages people from re-entering the workforce, and even provides stimulus checks to people in prison today. Simply put, this is not a ‘COVID relief package,’ it is a Trojan Horse for the radical Left’s progressive wish list.”

Just three weeks ago, the former president issued his “complete and total endorsement” of Scott in 2022 – praising his efforts on multiple fronts.

“It is my great honor to give senator Tim Scott of South Carolina my complete and total endorsement,” Trump said. “He is both an outstanding senator and person who works tirelessly for the people of his great state, and the USA. Strong on the military, law enforcement, loves our vets, protects our Second Amendment and our borders. Tim will continue to do an OUTSTANDING job for our country!”

Which is why we believe despite the lingering speculation regarding his future, that he will serve another six years in Washington, D.C. before embarking on the next chapter in his life.