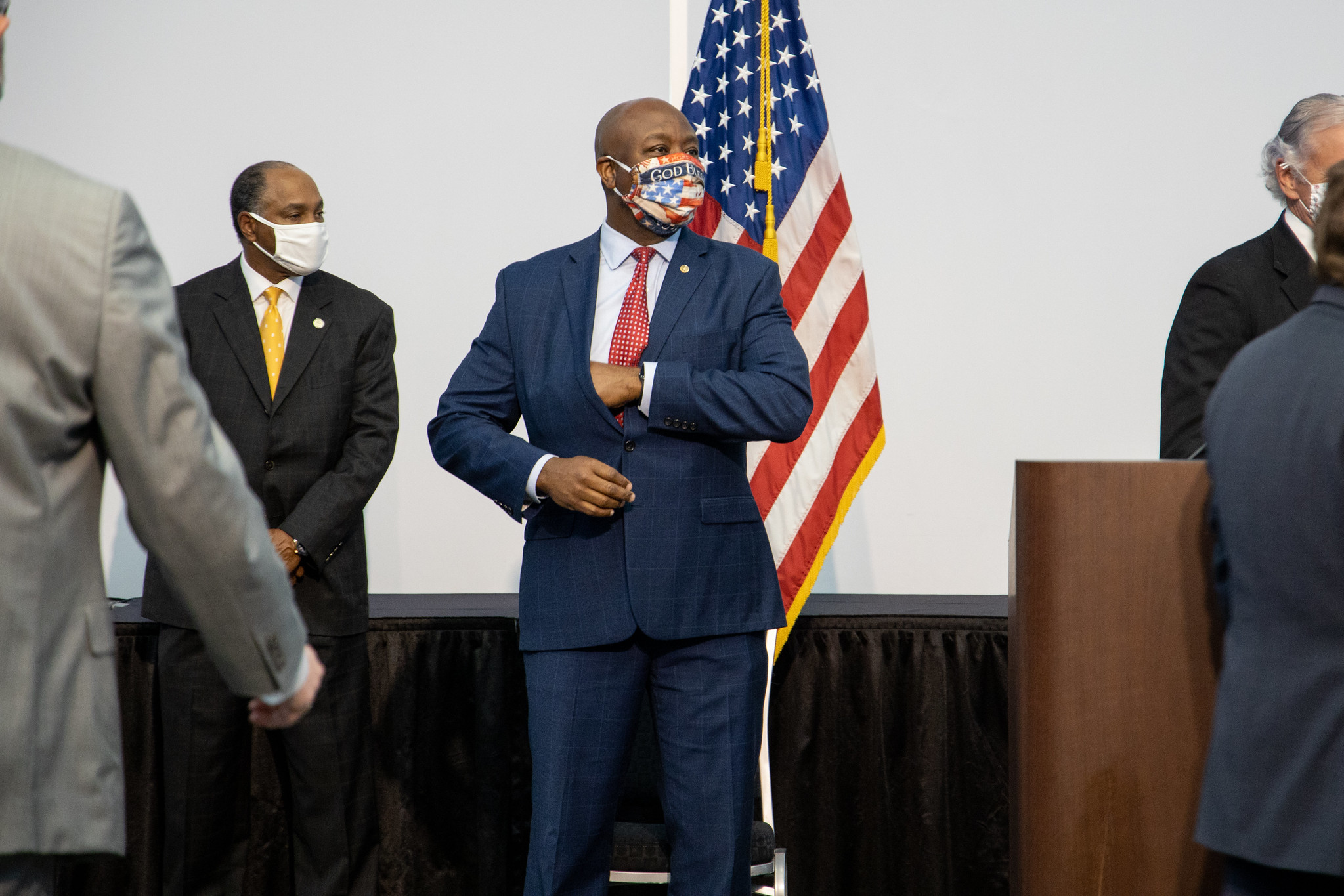 A pseudo-legitimate debate was taking place in America on the issue of election reform prior to January 6, 2021 – the day supporters of U.S. president Donald Trump stormed the U.S. capitol building in a violent attack that left five people dead.

We condemned that violence … and before it took place, we argued that Trump and his allies had failed to prove how “specific fraudulent acts provided Biden with his winning margin in (four) battleground states.”

You know, the alleged injustice which precipitated the violence …

“We have not seen the evidence-based narrative necessary to support a legitimate electoral challenge,” we wrote on the day before the riots, arguing that there was no grounds to block the certification of U.S. president-elect Joe Biden.

In other words, Trump and his attorneys failed to prove the election was stolen from him – even though we believe it is highly likely that fraudulent voting took place in several key swing states with respect to mail-in ballots.

Obviously, the national conversation has shifted dramatically since then. The deplorable mob violence which overtook the capitol building – and the Orwellian response to it (here and here) – have stretched the nation to its breaking point, further isolating those of us engaged in independent thought.

Tribalism is in full swing … as is cancel culture (which is now successfully taking down entire online communities).


On the day prior to the storming of the capitol, someone else was raising the issue of election reform – albeit in a far more commendable, compelling and constitutional way than the violent hoodlums who desecrated the seat of our government.

On January 5, 2021, U.S. senator Tim Scott of South Carolina announced his intention to file legislation aimed at creating a bipartisan advisory committee “charged with examining the integrity of the November election and making recommendations to state legislatures to improve the security, integrity and administration of federal elections.”

Scott’s bipartisan, 18-member panel would study the effects of the coronavirus pandemic on the 2020 election and the practices adopted in response to it (including mail-in ballots and absentee ballots). Specifically, it would look at practices “that would have allowed improper or fraudulent voter registration or votes” as well as practices “that would bolster public confidence in the integrity of future general elections.”

This panel would be responsible for submitting two reports. The first would provide “precinct-by-precinct data highlighting the number and incidence of any improper and fraudulent voter registrations and improper and fraudulent votes that were cast in the election.” The second would contain recommendations for conducting national elections during pandemics and other emergencies – as well as recommendations for mitigating fraud and increasing the integrity and security of mail-in and absentee voting.

Worth noting? A lot of these are issues we raised in an article last spring on mail-in voting – in which we concluded the practice could be reformed in such a way as to make it more secure than in-person voting.

“Assuming adequate safeguards are in place, we have no issue with mail-in voting,” we wrote. “In fact, depending on the requirements imposed at the state level we believe it could actually wind up being more secure than in-person voting – providing a more definitive ‘paper trail’ in the event electoral irregularities are alleged.”

Unfortunately, adequate safeguards were not put in place during the 2020 election … at all. If anything, the opposite happened.

“The beauty of the American experiment is the ability to freely question our processes and build upon lessons learned,” Scott said in a statement announcing his legislation. “We cannot move forward without looking back and scrutinizing the issues that led to millions of Americans losing trust in our election system. While every election has a modicum of fraud, the circumstances around the pandemic led multiple states to make rushed and perhaps ill-planned changes to their election systems weeks ahead of the presidential election.  Simply put, Congress needs to act in a bipartisan fashion to examine the missteps – intentional or not – made this year in state legislatures across the country.”


Scott’s proposal was praised in a recent editorial by The Washington Examiner.

“The people of the United States must again feel faith in their democratic institutions, without anyone feeling disenfranchised,” the paper wrote. “That restoration of faith will help deter dangerous fiascos of the sort that occurred when thuggish insurrections stormed the U.S. capitol.”

The Washington Examiner editorial noted (as we did last spring) that America has already had a bipartisan, congressionally appointed reform panel inquire into these matters, however “its findings were too little heeded.”

“Last year’s electoral confusion should ensure that a new commission is a high-profile exercise whose recommendations would not be so easily ignored,” the paper concluded.

We concur. We further concur with its assessment that Scott is on “the right track” and with its recommendation that congress “pass his bill.”

Finally, we commend Scott for once again being among the “cooler heads” in Washington, D.C. – an elected official who is willing to approach the pressing issues of the day substantively, respectfully and with an open mind. We may not always agree with him, but we desperately need more people in positions of the public trust who possess his character.