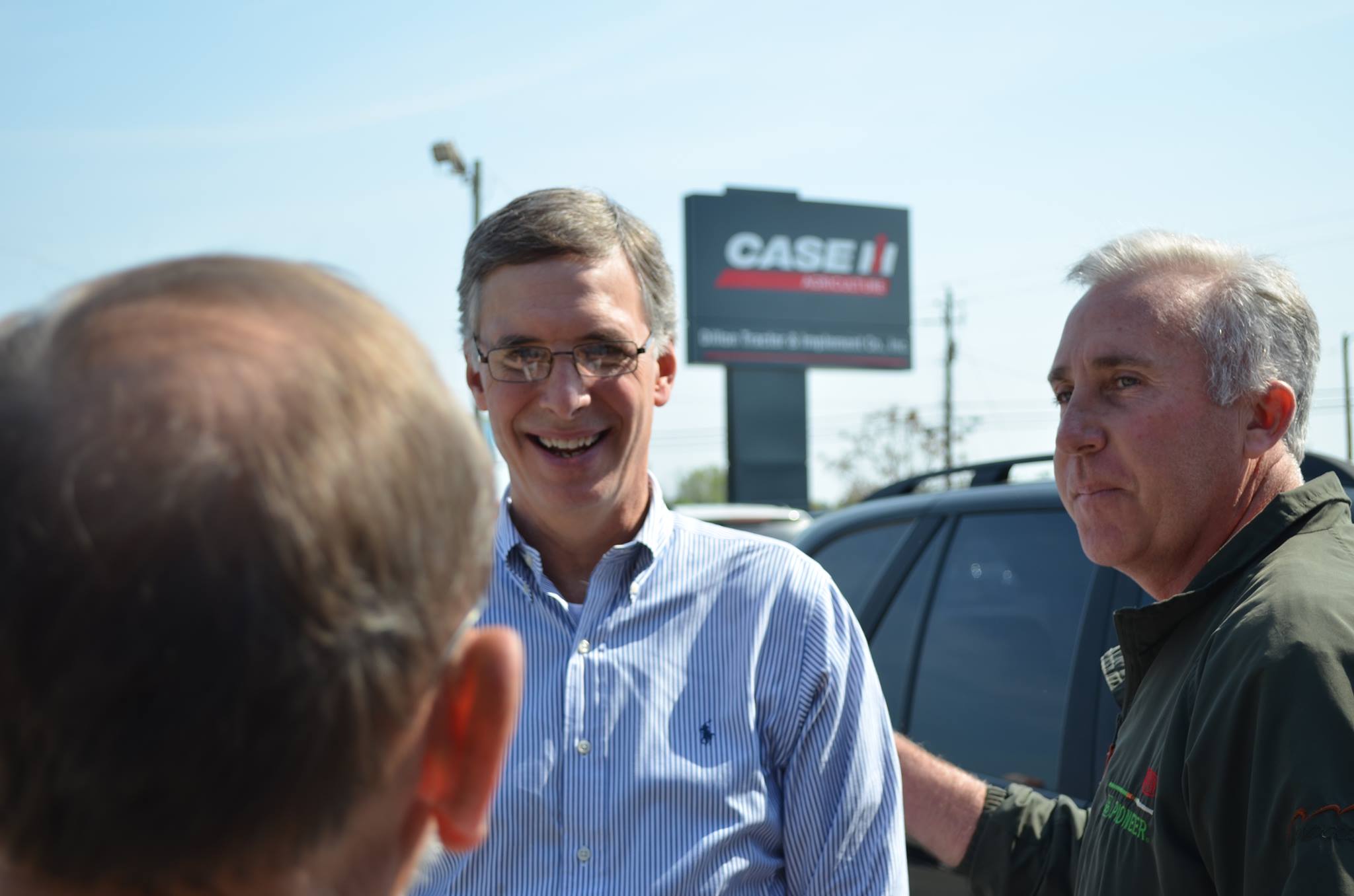 In the aftermath of U.S. congressman Tom Rice’s surprise vote to impeach former president Donald Trump, at least one potential rival has signaled his intention to run against the fiscally liberal lawmaker. Our guess is many more will follow, though … setting the stage for a wide open primary fight.

State representative William Bailey of Little River, S.C. announced this week that he was forming an exploratory committee to challenge Rice – who was one of only ten GOP members of congress who voted to impeach Trump for his alleged role in inciting a deadly riot at the U.S. capitol building earlier this month.

Trump carried the seventh district in 2020 with 59 percent of the vote.

Prior to supporting Trump’s impeachment, Rice had consistently ranked among the most fiscally liberal Republican lawmakers in Washington, D.C. That has been our beef with the man, not necessarily his vote to impeach Trump.

Bailey recently won a second term representing S.C. House District 104 (.pdf) – which includes the northern reaches of the Grand Strand in Horry county. A former law enforcement officer, Bailey told reporter Hannah Strong of The (Charleston, S.C.) Post and Courier that he had received “many calls” about running for the seventh district seat against Rice.


Bailey is unlikely to be the only “Republican” who takes a run at Rice next spring – an election cycle which could see any number of competitive partisan primary battles for congressional seats in South Carolina (all of which will be redrawn thanks to the decennial “redistricting” process that resets political boundaries).

One prominent name that has been floated in connection with this race? That of former lieutenant governor André Bauer – who would have likely defeated Rice in the GOP primary for this seat back in 2012 had it not been for Rice receiving the endorsement of former governor Nikki Haley.

In fact, the blowback over Rice’s recent impeachment vote has been so severe Haley has actually received some spillover fallout related to this endorsement.

State representative Jay Jordan – who finished third in the 2012 primary election for this seat – is another name we have heard floated in the last few days. Jordan – a native of Florence, S.C. – has spent the past six years representing S.C. House District 63 (.pdf). An attorney, he is chairman of the chamber’s ethics commission.

Horry county school board chairman Ken Richardson is also mentioned as a possible challenger to Rice, with one local blog – Grand Strand Daily – quoting him as saying a future congressional bid was “not out of the question.”

“Running for Congress has always been in the back of my mind,” he told the blog.

Richardson said he “considered running for the seat in 2012” – adding that Rice has disappointed him in recent years by focusing too much of his energy on securing funding Interstate 73, a controversial infrastructure project.

“I went to Congressman Rice for money for education needs and got no help,” Richardson said. “There are a lot more needs in his district than I-73.”

Another coastal blog – MyrtleBeachSC.com – recently accused Rice of trading his impeachment vote in order to “unlock” $2.4 billion in funding for Interstate 73, which has been stalled for the better part of the last decade.

The blog’s author, David Hucks, also implied Rice had a personal financial stake in the project …

Another potential candidate for the seventh district congressional seat is Zachery Michael of Cheraw, S.C. Michael is moving back to South Carolina after having served as chief of staff in the Office of Energy Efficiency and Renewable Energy at the U.S. Department of Energy (DOE).


A former White House staffer, Michael has worked for three cabinet secretaries and is also known for the charitable work he does around the globe. Sources tell us he has a bright future ahead of him in Palmetto politics, although they are not sure whether he will run for congress in 2022 or seek a state-level post instead.

Most recently, it was reestablished in 2013 after the results of the 2010 Census showed South Carolina’s population expanding by more than 18 percent over the previous decade. Rice emerged victorious over Bauer in a head-to-head runoff for the staunchly Republican seat after the two finished at the top of a nine-candidate field in June 2012.

As mentioned, Haley’s endorsement was pivotal in propelling Rice to a runoff victory over Bauer. Rice has not been credibly challenged since winning this seat eight years ago.