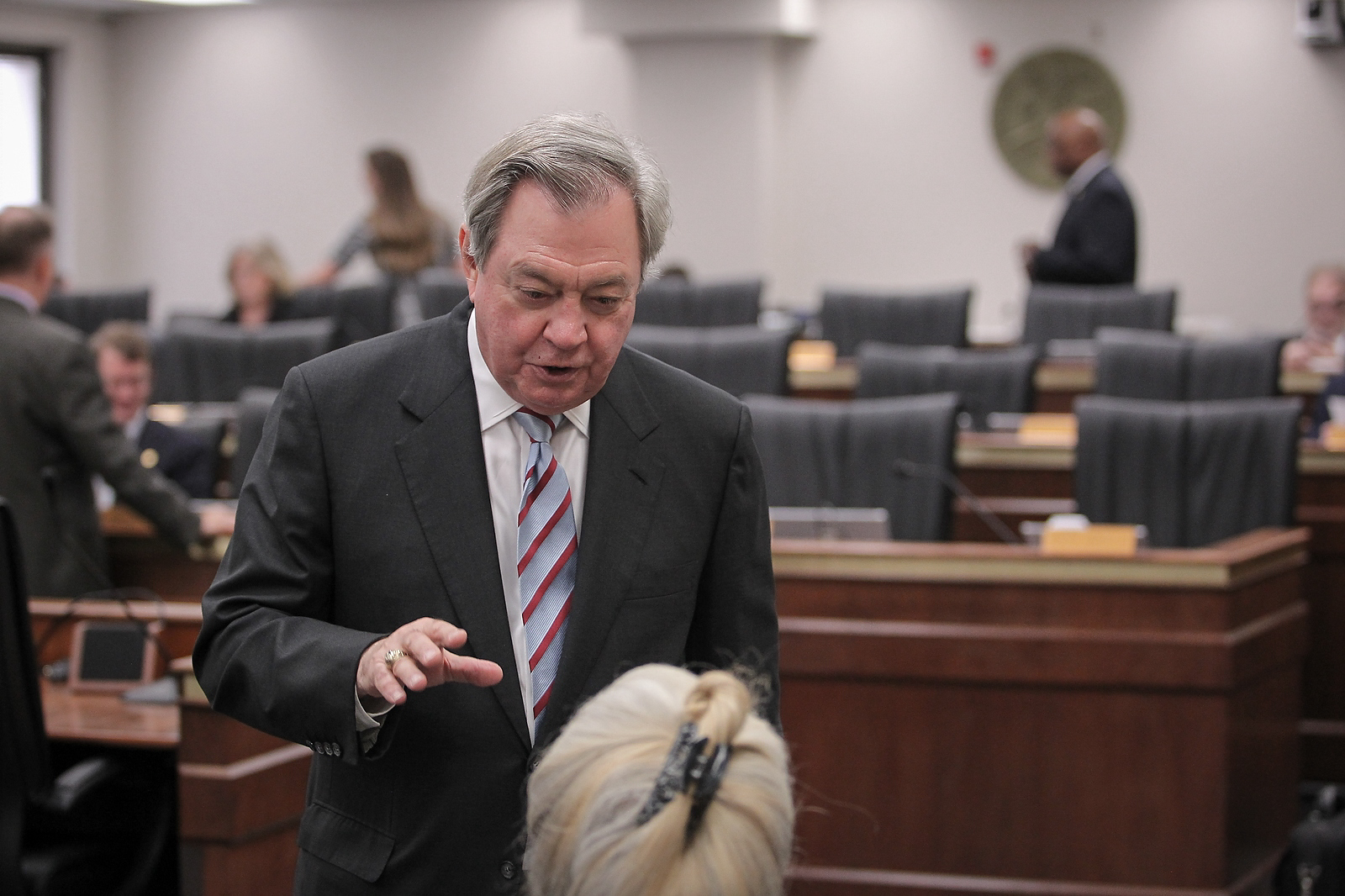 As our readers will recall, South Carolina state senator Dick Harpootlian has not shied away from criticizing the Palmetto State’s chief executive – Henry McMaster – when it comes to the latter’s ongoing mishandling of the coronavirus pandemic.

This week, Harpootlian stepped up his broadsides – calling on McMaster to heed the best practices of other states in an effort to improve South Carolina’s cellar-dwelling Covid-19 vaccination rankings.

As we reported last week, South Carolina has consistently ranked at or near the bottom of the nation in terms of vaccine allocation and distribution – raising questions about McMaster’s oft-touted proximity to the administration of outgoing U.S. president Donald Trump, which has overseen the distribution process.

“There is a growing chorus of folks who are in their sixties, (who) have underlying medical conditions or take care of family members who are immunocompromised that need to be vaccinated as soon as possible,” Harpootlian wrote in a letter addressed to his constituents on Monday.

According to Harpootlian, timelines released by the S.C. Department of Health and Environmental Control (SCDHEC) – which is managing South Carolina’s response to the virus – reveal that many Palmetto State residents who are over 65 are “not eligible until early spring to receive the vaccine.”

“This is unconscionable,” Harpootlian said.


“I have strongly disagreed with governor McMaster’s response to the coronavirus pandemic since it first hit South Carolina in March (of) 2020,” Harpootlian continued. “Our governor has failed to follow the recommendations of scientists and medical experts – from allowing super spreader events, to not leading on wearing a mask in public, and to overseeing an ineffective vaccine rollout that puts South Carolina near the bottom of the fifty states.”

Is Harpootlian correct? Yes … and while we do not endorse the sort of draconian lockdowns many Democrats continue to embrace, McMaster has clearly bungled the state’s response to Covid-19 at every turn (and looked like a hypocrite in the process).

Not surprisingly, McMaster’s political standing has weakened as a result of his uneven response.

Rather than just griping, though, Harpootlian is pushing McMaster to adopt specific policy changes that he believes would improve the Palmetto State’s standing.

For example, he wants South Carolina to adopt a practice used by officials in West Virginia that involved recruiting local and chain pharmacies to administer vaccines, which according to him “enabled a quicker, more efficient process than almost any other state.”

And yes, you just heard a Democratic state senator challenge a Republican governor to do a better job of engaging the private sector in responding to an ongoing public health emergency.

Is Harpootlian right on this score, as well? Yes …

According to the latest data from the U.S. Centers for Disease Control and Prevention (CDC), the Mountain State leads the nation with 7,489 doses administered per 100,000 citizens – well above South Carolina’s rate of 2,366 doses per 100,000 citizens (which ranks No. 48 nationally).


Harpootlian also wants McMaster to open up the vaccination process further – which shouldn’t pose a problem if state and federal officials are correct in their insistence that vaccine supply chain problems are only temporary.

“Many states have opened their vaccinations to sixty or sixty-five (and older) and people who are immunocompromised,” Harpootlian wrote. “I ask you, why can’t South Carolina do these things to protect our populace?”

McMaster spent Monday visiting Lexington Medical Center (LMC) in West Columbia, S.C. in the hopes of observing the vaccination process. During a press conference following his visit, McMaster defended his administration’s handling of the vaccine distribution.

“We are using every resource we have to see that these vaccines – how ever many they give us – are being put into the arms of South Carolinians,” McMaster said.

However, he later acknowledge that the slow delivery – which he blamed on hospitals “reluctant to dedicate the staff” – need to be improved.