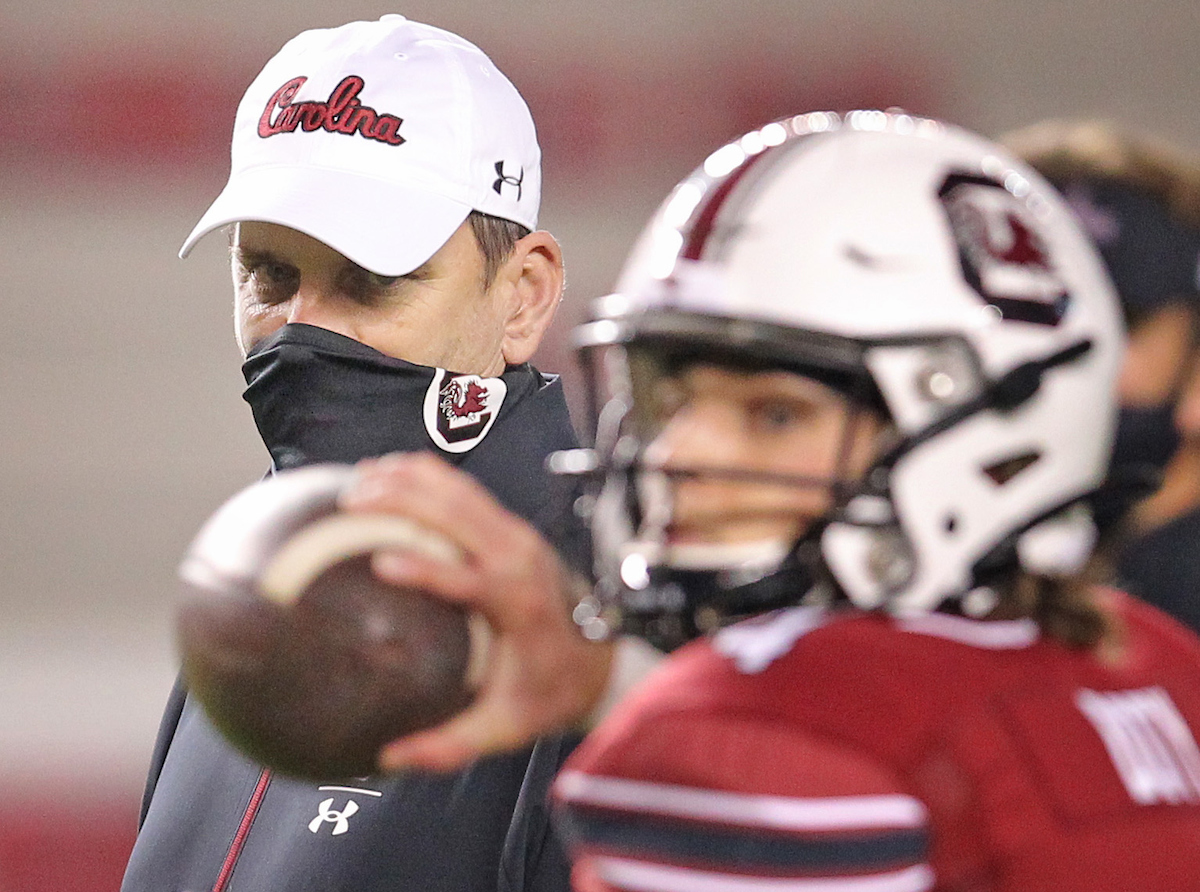 The University of South Carolina football team didn’t deserve to play in a bowl game following its disastrous 2020 campaign … and thanks to elevated coronavirus cases on its roster and coaching staff, it won’t play in one after all.

According to a statement from embattled school athletics director Ray Tanner, South Carolina has “paused” its football activities and put an end to its 2020 season – meaning it will not make its previously announced date in the 2020 Union Home Mortgage Gasparilla Bowl.

“Between members of the coaching staff and student-athletes, COVID and contact tracing has taken a toll too high for us to overcome,” Tanner said. “I have notified the bowl and the SEC office that we are not able to play in the game on Saturday.”

The Gamecocks were scheduled to play Conference USA champion UAB at 12:00 p.m. EDT this Saturday (December 26, 2020) at Raymond James Stadium in Tampa, Florida.

Instead, South Carolina finishes the season with an atrocious 2-8 record – its worst mark since 1999, when former head coach Lou Holtz’s first squad went 0-11. The Gamecocks would have likely lost two additional games were it not for a controversial scheduling decision by the Southeastern Conference (SEC) to limit play to conference opponents only.

South Carolina was originally scheduled to play No. 2 Clemson and No. 12 Coastal Carolina, but those games were scrapped as a result of the SEC’s decision.

The Carolina-Clemson rivalry – to the extent you can call it that – had been played every year since 1909, making it the longest continuously running, non-conference rivalry in American football.

In announcing the decision to end the season, Tanner (above) attempted to put the best possible spin on the deplorable state of Gamecock athletics under his “leadership.”

“Our team competed hard all season, despite injuries, positive COVID tests and contact testing, and several opt outs late in the year,” Tanner said, adding that the Gamecocks were adversely impacted by smaller crowds at their five home football games.

“Our players, who thrive on the energy from a full Williams-Brice Stadium, played in front of just 20 percent of a stadium, as dictated by state regulations,” he said.

Every college football program was forced to play in front of sparse crowds in 2020 – including teams in neighboring North Carolina that were limited to just seven percent of announced capacity.

Two conferences – the Big Ten and the Pac-12 – didn’t even allow fans.

Always excuses with this program … always.


After getting fans’ hopes up with an early season upset win over then-No. 15 Auburn, South Carolina dropped its next three games by a combined score of 159-69. That led to the firing of former head coach Will Muschamp on November 15.

Ordinarily, college football programs must win at least half of their games to qualify for a postseason appearance – but that requirement was waived by the NCAA in October.

This news outlet made no bones of our views regarding the Gamecocks’ bowl plans.

“South Carolina has absolutely no business playing in a bowl game,” we noted yesterday. “The Gamecocks didn’t earn it, don’t deserve it and shouldn’t accept it. Hell, you can add up South Carolina’s wins from the past two seasons and this team is barely bowl-eligible under normal circumstances.”

Can recently hired head coach Shane Beamer – who has no experience as a head coach or a coordinator – turn things around?

We shall see … but his hiring, on paper anyway, is hardly the sort of move that inspires much in the way of confidence about the trajectory of the program.

South Carolina Is In A Bowl Game But Army Is Not?